Fortunately, President Trump is no fan of the UN’s gun control “power grab.”

The United Nations Arms Trade Treaty (ATT), which the National Association for Gun Rights (NAGR) has described as “the gun control lobby’s crown jewel for decades,” entered into force five years ago this coming December. While the U.S. signed the treaty under President Barack Obama, the pact—which includes provisions for regulating small arms like those used by civilians and police officers—never received the Senate ratification that the Constitution requires for all treaties.

Enter Senate Resolution (S. Res.) 204, introduced by Sen. Rand Paul (R-Ky.) with minimal fanfare on May 13. S.Res. 204 would prevent ratification by transferring the treaty back to the White House where President Donald Trump could deactivate it. If, on the other hand, the treaty is not returned, it will remain in the Senate and could come up for a ratification vote at any time.

“As long as the treaty is pending in the Senate, ratification is all that’s needed for this gun grab to become reality—regardless of who occupies the White House or their position on the Treaty,” a NAGR news bulletin warned.

Trump has gone on record as being opposed to the treaty, which soon may catch the attention of gun control advocates in big media and many politicians in the Democrat Party, who are recklessly connecting the most recent multiple-casualty shootings in El Paso, Texas and Dayton, Ohio with Trump’s statements and policies.

Speaking at the National Rifle Association’s annual conference in Indianapolis April 26, Trump stated: “Under my administration we will never surrender American sovereignty to anyone. We will never allow foreign bureaucrats to trample on your Second Amendment freedoms. And that is why my administration will never ratify the UN Arms Trade Treaty… . And I am officially announcing today that the U.S. will be revoking the effect of our signature [on] this badly misguided [treaty]—we’re taking our signature back. The UN will soon receive formal notice that America is rejecting this treaty.”

The crowd at the NRA event responded in uproarious applause when Trump then signed an official communication on the NRA’s podium to inform the Senate of his position against treaty ratification.

Paul confirmed that Trump followed through. “Shortly after his announcement, President Trump [on April 29] sent a message to the Senate requesting it return the ATT (Arms Trade Treaty), which the Obama administration had submitted to it in the closing weeks of the 114th Congress in 2016 for ratification… . I applaud President Trump for responding to concerns I and many other Americans have raised and rejecting this UN power grab.”

According to the brief text of Paul’s resolution, Trump’s exact words to the Senate were: “I have concluded that it is not in the interest of the United States to become a party to the Arms Trade Treaty (Senate Treaty Doc. 114-14, transmitted Dec. 9, 2016). I have, therefore, decided to withdraw the aforementioned treaty from the Senate and accordingly request that it be returned to me.”

So far, 104 nations have ratified the ATT, and another 32, including the U.S., have signed but not ratified it. The ATT’s backers maintain that the treaty respects national-level gun laws and constitutional safeguards of private firearms ownership, while saying that one of the treaty’s chief functions is to make sure arms shipments are not re-routed to terrorist groups.

The Institute for Legislative Action, the NRA’s lobbying arm, stated in July 2012: “Anti-gun treaty proponents continue . . . claiming the treaty would have no impact on American gun owners. This is a bald-faced lie. For example, the most recent draft treaty includes export/import controls that would require officials in an importing country to collect information on the ‘end user,’ . . . keep the information for 20 years, and provide the information to the country from which the gun was exported.”

In other words, if someone bought a Beretta shotgun, they would be considered an end-user and the U.S. government would have to keep a record of the buyer and notify the Italian government about the purchase. That amounts to international gun registration, treaty opponents say.

The UN noted online that the “landmark” ATT regulates the entire “international trade in conventional arms, from small arms to battle tanks, combat aircraft, and warships.”

According to the Library of Congress, S.Res. 204 was sent to the Senate Committee on Foreign Relations the day Paul introduced it, where it has been marooned with no hearings or votes held or scheduled. Fortunately, the House does not involve itself in resolutions of this sort, so it’s suggested that AFP readers call their senators’ state and D.C. offices (nationally dial the Capitol switchboard at 202-224-3121 and ask for any senator) and urge movement on this resolution. 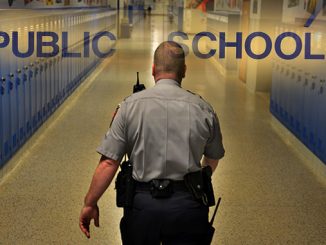