On Jan. 20, numerous protest groups demonstrated against the inauguration of Donald Trump. The next day, many more came out to protest for “women’s rights.” According to a report on a website affiliated with The New York Times, as many as 50 of these groups are directly funded by billionaire troublemaker and ultra-liberal agitator George Soros.

Thousands of anti-Trump protesters, Hillary Clinton lovers, free traders, anarchists, black victimization theory proponents, and other radical leftists descended upon Washington, D.C. the weekend of Jan. 20-22, wreaking havoc on the streets of the nation’s capital during the inauguration of Donald Trump as president of the United States. Protesters attacked private businesses, engaged in physical confrontations with law enforcement officials, and even assaulted several Trump supporters over the course of the weekend. 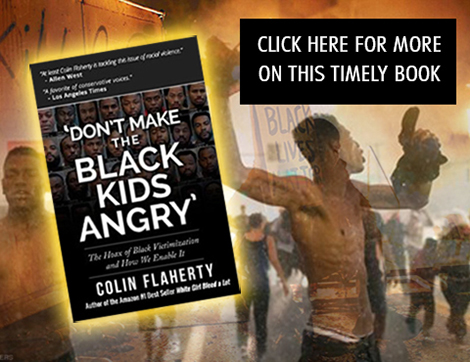 According to an article in The New York Times by Asra Nomani, a Muslim feminist activist, as many as 50 protest groups that were active over the course of that weekend received financial support from billionaire slash-and-burn speculator George Soros’s Open Society Foundations.

The inauguration ceremony was an elegant and classy affair, featuring several righteous speeches, including an inspiring acceptance speech by Trump himself, wherein the populist businessman doubled down on his “America first” stance on the key issues facing this once-great nation.

Blocks away, however, protesters smashed store windows, set fire to cars, and threw bricks at police. Protesters were seen jumping on vehicles, shattering the windshields of multiple cars and a limo owned by a Muslim immigrant.

According to city Police Chief Peter Newsham, at least 217 individuals were arrested for their participation in the violence and mayhem during the inauguration.

“The charge is rioting,” Newsham explained to reporters. “Our intention going into this event was to make zero arrests, and unfortunately, they forced our hand.”

According to a variety of media reports, the majority of those arrested will face felony rioting charges.

“The U.S. Attorney’s Office said the offense is punishable by up to 10 years in prison and a fine of up to $250,000,” CBS News reported. Several police officers were injured during the protests, and court documents filed in the case allege that rioters caused over $100,000 in damage.

Protests against Trump continued over the weekend in D.C. and around the world. In nearly every major American city, protesters organized to voice their hysterical opposition to Trump, which is fueled largely by the dishonest fake news media and hostile political establishment. Protests also manifested in dozens of cities in the United Kingdom, Europe, Mexico, Australia, and other foreign nations. The largest protest in D.C. over the weekend was dubbed the “Women’s March on Washington,” and featured millions of anti-Trump partisans voicing their disapproval of the president’s perceived misogynist, racist, and fascist views, themes echoed by the radical leftist and anarchist protesters who took to the streets the day before.

In a revealing article published by The New York Times, Asra Nomani documented the close connection billionaire George Soros, a top Clinton supporter and donor, has to the various groups who organized the “Women’s March on Washington,” which many media outlets falsely described as a “grassroots” and “organic” protest. Of course, nothing could be further from the truth, as Soros’s Open Society Foundations has been instrumental in financing and organizing the radical left in America for decades.

In documents published late last summer, it was revealed that Soros’s organizations are involved in funding and sponsoring not only the Black Lives Matter movement, a destructive terrorist organization that is responsible for violence and mayhem in dozens of U.S. cities, but also a number of other radical leftist causes, including increasing the number of so-called “refugees” the U.S. admits each year.

Other organizations connected to Soros that were involved with the Women’s March include MoveOn.org, the National Action Network, the American Civil Liberties Union, Center for Constitutional Rights, Amnesty International, and Human Rights Watch, among others.

A spokeswoman for Soros’s Open Society Foundations denied Soros or his organizations are funding the protests that have swept the nation following Trump’s election and recent inauguration.

However, it is clear that dozens of organizations involved with the protests have intimate financial and organizational ties to Soros, and are working to advance his radical leftist ideological agenda.

As the left becomes more emboldened and outraged with a Trump administration that eschews political correctness and is openly hostile to many of the key agendas that it tirelessly champions, tensions may continue to rise.

The polarization in America could not be more obvious, and the lines are clearly being drawn.

Will Trump muster the will to stand up to the violent, terroristic antics of the radical left and prevent them from wreaking even more destruction and chaos than they already have?