It’s official: The Democratic Party has gone certifiably bonkers. In unison, they are calling for the president’s cranium on a platter, kind of like the Queen of Hearts, who was so fond of yelling, “off with his head,” for whatever imagined offense tweaked the fictional ruler’s fancy. The problems for the Democrats are multifold, however, and may transcend their own rabid hatred of Donald Trump and/or their unbridled lust for power.

First, the Democrats are, obviously, quivering in fear that the truth may emerge about who was really colluding with foreign powers to rig the 2016 election. As AFP readers now know—though it appears few other Americans do—according to the testimony of Justice Department official Bruce Ohr, it was someone from the Hillary Clinton campaign who helped fund the completely bogus Steele dossier that accused Trump of, among other things, cavorting with prostitutes and gleefully planning to urinate on a hotel bed upon which President Barack Obama once reposed.

When one reads the transcript of Trump’s phone call to Ukrainian President Volodymyr Zelensky, which spurred a psychotic impeachment frenzy by more than a few Democrats, one will find something a bit different than what Trump haters are claiming is in that “treasonous document.” In that transcript, you will see that Trump was much less interested in the doings of Joe Biden and his delinquent son than he was in the origins of the Russian collusion yarn and the involvement of Crowdstrike, the tech company that investigated the DNC hack and blamed it on Russia. Trump believes Ukraine possesses evidence of Democrat election collusion on the Crowdstrike servers.

Trump is no doubt also interested in Fusion GPS, the company that The Wall Street Journal says “played a significant role in the collusion fantasy.” Note that Nellie Ohr (Bruce Ohr’s wife) was an employee of Fusion GPS. She testified to Congress last year that “some of Fusion GPS’s research on Trump-Russia ties came from a Ukrainian parliamentarian,” according to The Hill.

Fusion GPS had, in essence, been paid to dig up dirt on Trump—and nobody cared if the information was true, false or anywhere in between.

In short, the favor Trump asked for was not dirt on his political opponent (FYI, Biden is not even his opponent just yet, mind you), but who really was colluding with whom to steal the 2016 election.

Second, the American people should know by now that Joe Biden has already admitted to the world that he was the one meddling in Ukraine’s affairs by threatening to withhold $1 billion in U.S. foreign aid unless a particular prosecutor be fired “within six hours.” This prosecutor just happened to be investigating Burisma Holdings, a large and possibly corrupt natural gas company in Ukraine.

Coincidentally (wink, wink), Hunter Biden, the former vice president’s son—who’d recently been booted out of the U.S. Navy for testing positive for cocaine—was receiving $50,000 a month from this same gas company to serve on its board of directors, though he had absolutely no experience in the energy business. We wonder what Biden the Younger brought to the board room table except his last name—or perhaps a few lines of “coke.”

Biden’s blatant threats to withhold foreign aid were much worse than any crime they are accusing President Trump of, but this is a classic case of deflection, i.e., “a narcissistic abuse tactic used to control the minds and emotions of others.”

And third (possibly the biggest fear of all the Democrats involved) is that, if the truth emerges about their real goal and the nefarious lengths to which they have stooped to achieve it, i.e., reversing the will of the people in the 2016 election, they might be held in a room with Alexandria Ocasio-Cortez—or worse, Elizabeth Warren. Can you imagine trying to sleep with those tom-toms beating all night?

We only hope that Inspector General Michael Horowitz and U.S. Attorney John Durham—the DOJ’s choice to investigate whether Ukraine was involved in election meddling—will decide to do what is right and lock up some of these screeching Democrat Party lunatics and their equally deranged FBI Deep State minions.

The question is whether they will be placed in a jail cell or in a looney bin. 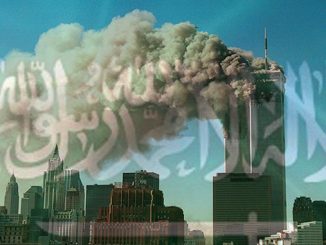