Amidst the overzealous political “correctness” that’s being stuffed down Americans’ throats, a weekly podcast series published on the Internet is proving to be a welcome antidote.

Christina Hoff Sommers, author and resident scholar at the American Enterprise Institute, and Danielle Crittenden, author, editor, and self-proclaimed “sarcastic siren,” have joined forces to host the “Femsplainers” podcast, where they verbally break down both serious and lighthearted subjects from a rational, reasonable perspective.

Taken from the popular term “mansplaining,” wherein a man is accused of “explaining” something to a woman in a condescending manner, the title of the show, “Femsplaining” is a tongue-in-cheek response to modern political correctness that demonizes men.

On the Internet today, people can ask questions of all sorts with the understanding that the answers will be explained to them as if they were five years old—“#ExplainLikeI’mFive.” For those of us over the legal drinking age, Sommers and Crittenden take a similar approach when it comes to controversial subjects—except, instead of explaining things like their listeners are five years old, they break down important topics ranging from the #MeToo movement to thoughts on life after turning 50 in a more mature, thoughtful way that we can all appreciate—that is, all of us with common sense, who are generally fed up with the mainstream’s incessant political correctness and unquestioning defense of all things left.

Now three seasons deep, the Femsplainers continue providing listeners a direct, no-nonsense, and often humorous replay of current events—without the politically correct babble that has come to be espoused by mainstream pundits.

For example, episode three in season one, titled “Sex, Lies & Presidents,” which originally aired May 21, 2018, tackles the morally questionable similarities in the conduct of presidents spanning several decades. Without focusing on the morality of their conduct, which often becomes convoluted and highly partisan, the podcast panelists discuss the root of the issue: Should we focus on the possibility that the commander-in-chief could be blackmailed? The Femsplainers wager few among us would approve of our nation’s leader being animated by the strings of any foreign power.

Moving past the presidential flings and the inherent amorality within our political structure, the panelists speak to the #MeToo movement and about the changing roles of women today.

Conservative columnist Mona Charen joined them to discuss the vast differences between the sexual harassment that women experienced in the 1960s and 1970s versus the abhorrent sexual abuse that women report today—the passive-aggressive shoulder rubs and patted behinds of those early years compared to Harvey Weinstein’s serial rapes. In what world did these two offenses become equal, ask the Femsplainers?

Only in today’s politically correct world could someone even try to argue their similarities. Rational-minded people understand the difference between assault and insult.

The Femsplainers allow for, and encourage, the understanding that not all man-centric sin is created equal. Thus, our approach and our embrace of the #MeToo movement does not need to be one-size-fits-all, as popular pundits would lead you to believe.

In an era of all masculinity being deemed “toxic”—see related article from Donald Jeffries posted today, “Gillette Feels Backlash After Running Male-bashing Ad“—and all demographics requiring their own letter of the alphabet, the Femsplainers work to de-politicize the conversation.

It’s about time someone had the gall to do it.

Tilton Adler is a freelance journalist based in Florida. 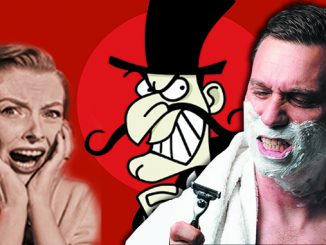