An Air Force veteran is fighting the VA for reimbursement of his unpaid emergency room bills, denied due to a “coding error.” Fortunately for the estimated 98,000 other vets who’ve also been denied benefits, he’s determined to win the battle.

The U.S. Department of Veterans Affairs (VA), called the Veterans Administration (established 1930) until it became a cabinet-level department in 1989, has been playing dirty tricks on the men and women who have sacrificed for this once-great nation, by regularly refusing to pay for emergency room (ER) visits. But this time, they picked on the wrong veteran.

Minnesota-based U.S. Air Force (USAF) veteran Benjamin Krause—who has been interviewed by this newspaper several times—is a lawyer, investigative reporter, and award-winning veterans advocate, running the website “DisabledVeterans.org.” He’s also the author of a benefits guide for veterans that shows how to maximize what they have earned from serving their country. An authority on VA policy, Krause is featured regularly on Fox, CBS, and NBC as well as in the pages of Bloomberg, The Washington Times, Minnesota’s largest newspaper the Star Tribune, and many others.

Veterans across the U.S. were served a heaping helping of good fortune when the VA denied Krause’s $6,066.91 ER bill. And although Krause’s visit to the ER occurred last year, the 2.4 million-member American Legion just recognized this nationwide “ER billing denial scandal” as worthy of exposure.

Krause’s nine-hour visit to the ER had its roots in the loss of a loved one, as he explained on his website:

My chest pains immediately followed the untimely death of my ex-wife, Amie Muller, from pancreatic cancer believed linked to her burn pit exposures at Balad, AB, Iraq. The stress of her passing most certainly triggered my chest pains, and we swiftly went to the nearest emergency room to be safe.

“I felt like my chest was about to pop,” he told Minneapolis-based KARE 11 News.

Thankfully, he said, doctors eventually determined that it was not a heart attack but instead an extreme form of stress, exacerbated by a recent death in the family.

“The technical term for it is malignant hypertension with neurological and cardiovascular complications,” Krause explained. “I couldn’t dial back the stress.”

As a USAF veteran, Krause was sure he’d be covered, especially since he followed the procedure for ER visits required by the VA. “I followed the rules,” Krause explained. “I notified the [VA] within 72 hours of the hospitalization.”

He was mistaken when he thought the VA would cover his visit, however. “I received a denial three weeks later asserting my decision to seek emergency care when I did was not what a ‘prudent layperson’ would do,” Krause explained.

It was then he reached out to KARE 11 to see if they might be interested in his story.

According to the VA’s own “Prudent Layperson Fact Sheet,” a “prudent layperson” is someone who possesses:

. . . an average knowledge of medicine and health, to believe that his or her condition, sickness, or injury is of such a nature that failure to obtain immediate medical care could result in placing the patient’s health in serious jeopardy, cause serious impairment to bodily functions, serious dysfunction of any bodily organ or part, or in the case of a behavioral condition placing the health of such person or others in serious jeopardy.

In fact, the fact sheet’s first example of when an ER visit is covered seems as if it was written for Krause’s visit:

A patient presents to the emergency department with a complaint of chest pain. The patient is examined and evaluated and discharged with a diagnosis of mild gastric irritation. Retrospective analysis by a Fee Basis Unit may determine that gastro-intestinal upset is not an appropriate use of an emergency department and deny the claim as non-emergent. However, the patient’s initial judgment seeking emergency treatment regarding his/her chest pain, a potentially serious problem, is appropriate. This type of visit clearly falls into the category of what any prudent layperson would consider an appropriate use of an emergency department.

Coincidentally, the same day KARE emailed the Minneapolis VA for an interview to discuss Krause’s case, he received a call from a VA official “saying a mistake had been made and his claim should not have been denied.”

They blamed Krause’s denial on a “coding error” and some other matters.

“If it happened to me,” Krause told KARE, “I guarantee it’s happening to thousands of veterans nationwide.”

In a 2017 congressional hearing, VA official Dr. Baligh Yehia addressed the scandal of veterans being denied payment for ER visits in a statement detailing that “between the beginning of fiscal year 2014 and August of 2015, approximately 98,000 claims were denied because the condition was determined not to be an emergency.” He further admitted, “Many of these denials are the result of inconsistent application of the ‘prudent layperson’ standard. . . .”

Is Disabled Veteran Above Criticism? 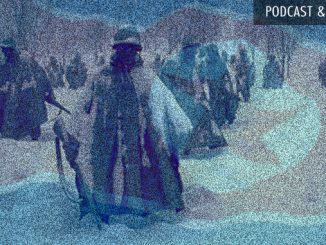