Congress left to go on an 11-day vacation Thursday, May 24, before completing a deal on much-needed immigration reform—something that legislators have been promising their constituents for years now.

Despite having solid majorities in the House and the Senate in the 115th Congress—237 seats out of the 430 in the House, and 52 out of 100 in the Senate—and a Republican president, so far, legislators have been unable to produce immigration reform that funds the president’s requests for a border wall and more Border Patrol on the border.

According to The Hill, a Capitol Hill daily, the GOP is “nearing the end game” on immigration. The problem is, the end game involves protecting hundreds of thousands of so-called “Dreamers,” the children of illegal aliens born in the United States. The Republican leadership has been able to keep most Republicans in line, but increasingly in states where Republican legislators are finding themselves in tough campaigns, a few have folded and support a Democrat-backed deal that aids Dreamers.

While the U.S. is a nation of immigrants, illegal immigration is a slap in the face of every immigrant who went through the long and often difficult process of gaining U.S. citizenship legally. Even the United States’s neighbor to the south, Mexico, takes an aggressive stance on illegal immigration. In 2015, Mexico went so far as to deport several thousand U.S. citizens who had been living in the country illegally. On average, every year, Mexican authorities deport over 100,000 illegal immigrants who come to Mexico from all over Central and South America.

There are currently several bills addressing illegal immigration that are pending in Congress. One bill that has the backing of conservatives is immigration legislation sponsored by Reps. Bob Goodlatte (R-Va.) and Michael McCaul (R-Texas).

According to a press release issued by Goodlatte’s office, the Securing America’s Future Act:

Do Democrats Want an Impeachment Fight? 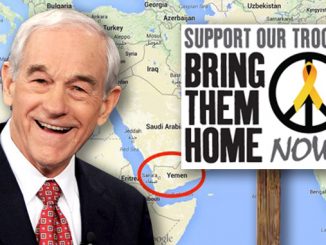 Senate Vote to Pull U.S. Troops Out of Yemen Was Important

One in Nine Congressmen Is ‘Re-Educated’ in Israel