At a time in America when one’s race has never been less important, the left has taught an entire generation of the most privileged Americans ever to view the world through race-tinted glasses.

There were 13 Baltimore high schools where, in 2017, 0% of students could do math at grade level, and another half-dozen high schools where only 1% were math proficient. Do you really think these students even know enough about Gen. Thomas “Stonewall” Jackson to be mad at him?

During the Chicago Father’s Day weekend, when 14 people were shot and killed and over 100 were wounded, how many Confederate generals were spotted leaving the scenes of the crime? Just curious.

Shouldn’t monuments and schools dedicated to former President Barack Obama come down? After all, Obama’s ancestors on his white mother’s side were slave owners.

Whoever called compound interest “the most powerful force in the universe” never encountered “white guilt.”

Next up on the “cancel culture” docket are movies whose names might be offensive under the new woke standard: “Blackboard Jungle,” fictional characters Boston Blackie and Sam Spade, and all Shirley Temple/Bill Robinson dance scenes.

Can we skip to the part where the “protesters” who burned and looted stores denounce business owners as racist for refusing to rebuild?

House Democrats voted to make D.C. the 51st state. If this new state would likely produce two Republican senators, we wouldn’t be having this conversation—just as our borders would be tighter than a clam’s behind if illegal-aliens-turned-citizens were expected to vote Republican.

“But if we are honest with ourselves, we’ll admit that what too many fathers also are is missing—missing from too many lives and too many homes. They have abandoned their responsibilities, acting like boys instead of men.”—Then-Sen. Barack Obama, Father’s Day, June 15, 2008.

San Bernardino County, Calif., has declared “racism” a “public health crisis.” A 2013 Rasmussen poll asked blacks, Hispanics and whites whether “most” people, in each of these three groups, are racist. Whites and blacks ranked blacks as the group with the most racists. Blacks, according to surveys commissioned by the Anti-Defamation League, are more than twice as likely as white gentiles to be anti-Semitic. Now what?

If the U.S.A. is “institutionally racist,” why stop at defunding the police? Why not defund public school education? Or public transportation? Or the military? Or the Federal Reserve System? Or government-funded PBS and NPR? Or government-sponsored enterprises Fannie Mae and Freddie Mac? Or the federally owned Tennessee Valley Authority and the federally and state-subsidized Amtrak? Or government agencies like the Social Security Administration, the Internal Revenue Service, the Departments of Health and Human Services, Housing and Urban Development, Education, Labor etc.? 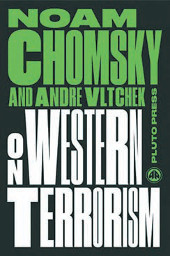 Hyperleft “activist” Shaun King wants the statues of “white European” Jesus Christ to come down because “they are a form of white supremacy.” There is no shortage of candidates, but is there a bigger idiot in America than Shaun King?

Social justice warriors promise not to rest until there is a complete and total elimination of racism. Really? Elimination? In a country where, 25 years after his death, 8% believed “there is a chance” that Elvis is still alive? Good luck.

Winning an argument is far less important than winning someone over to a new, clearer way of thinking.

“But the truth is, and people are starting to realize this—racism as a system is often more dangerous and destructive. You know, preventing black people from getting loans, stopping black kids from getting an equal education, racial disparities in medical treatment. You know, racism is like the corn syrup of society. It’s in everything. So, right now, thanks to this movement, the movement in the streets, we are being forced to look at all of the ways we might be further perpetuating negative ideas that enforce racism in the world.”—Trevor Noah, June 10, 2020.

So says Noah, the immigrant from post-apartheid South Africa, the product of a then-illegal relationship with a white man and raised by his single black mom. Noah comes to the United States, gets rich and famous in the intensely competitive field of comedy, lives in a Bel Air mansion, which he reportedly bought for $20.5 million—and whines about racism in America! 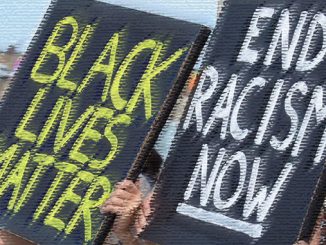