President Donald Trump’s niece Mary, who is a clinical psychologist, has declared that her uncle has sociopathic tendencies, perhaps inherited from his emotionally cold workaholic father Fred, who was himself a “high-functioning sociopath,” an assessment based on his career as a “ruthless businessman who ‘needed to succeed at all costs’ and ‘would do anything to get attention, financial rewards, and to ‘win.’ ” She further stated her belief that Uncle Donald is “not high functioning at all” and that he is unable to “function in the real world on his own.”

Mary’s assessment may or may not be true, but it is a shame that she has not broadened her view a bit to encompass not only Trump administration barracudas like Secretary of State Mike Pompeo but also Congress in general, which is packed with individuals who “would do anything to get attention, financial rewards and to ‘win.’ ” The U.S. Congress, generally oblivious to the “real world,” is quite possibly one of the most corrupted political entities ever to pretend that it is serving the people. The evidence of its warmongering and finger-pointing certainly stand out if one is searching for sociopathic tendencies.

Congress is also notable for its ability to forgive itself every time it fails, which is why the longest-running saga in Washington is the blame game. It goes something like this: America is exceptional, which also makes all of its institutions better than anything anywhere else. The exceptionalism is carefully protected and nurtured by an establishment, also referred to as the Deep State, which embodies all that is virtuous. Given all of that goodness, when something seems to be going off the rails, as occurred in the 2016 election and is now also taking place with the response to the coronavirus and Black Lives Matter, someone has to be held accountable. That someone is preferably a foreigner. Russia has been the fall guy since 2016, and now it is the turn of China, both of whom are being blamed for instigating unrest in the U.S.A.

Given all the other background noise currently unsettling the United States, one would suspect that few Americans are aware of the extent to which the Trump administration is entering into what appears to be a new cold war with Beijing. The latest move was the State Department’s order to close the Chinese Consulate General in Houston. The Chinese Embassy in Washington, which was given only four days’ notice to complete the closure, described the move as a “political provocation” and responded by ordering the U.S. Consulate General in Chengdu closed.

Pompeo asserted that the U.S. move was in response to the Chinese theft of “intellectual property.” He elaborated, without providing any details, saying, “We are setting out clear expectations for how the Chinese Communist Party is going to behave. And when they don’t, we’re going to take actions that protect the American people, protect our security, our national security, and also protect our economy and jobs.” The claim regarding theft by Chinese hackers was apparently made based on a Justice Department determination that Beijing had been targeting labs that were developing Covid-19 vaccines, an accusation that has also surfaced regarding Russia. Two Chinese nationals were arrested as a result of an FBI investigation.

China (and Russia) have also already been accused of interfering in the upcoming November national elections in the U.S., even though evidence to back up that claim has been lacking. But more dangerous still is the U.S. dispatch of warships, including two aircraft carrier strike groups, to the South China Sea to intercede in a maritime dispute China is having with its neighbors, several of whom are allied to the United States. China has declared a 200-mile economic zone off its coasts and also off some disputed islands which Washington has declared “illegal,” in part because it restricts “freedom of the seas.” The contested area, which is over 7,000 miles from North America, has been the site of massive U.S. Navy exercises in recent weeks. The increase in military activity has the potential to turn nasty if China opts to contest the U.S. presence. Some congressmen are already predicting that there will be an armed conflict of some kind within the next three to six months.

To be sure, China is no “gentle giant.” It is a totalitarian state with the world’s largest population and what might currently be the largest economy. It has recently reneged on agreements to maintain Hong Kong as an autonomous region, which has invited international opprobrium. Head of the FBI Christopher Wray has correctly described Beijing as the “greatest long-term threat” to the future of the United States, though he is referring to the economic and political challenges, rather than its military. China has grown economically by virtue of an undervalued exchange rate on the yuan, which increases exports at the expense of the domestic economy. Beijing is working aggressively to supplant the United States as the world’s superpower and has done so by expanding its commercial ties to and investments in resource rich regions of the third world, locking in the raw materials that it will rely on to grow even more economically powerful. It has also proven to be innovative and successful at marketing. Witness the success of the Huawei 5G telecommunications networking technology, which the Trump administration is desperately trying to block.

Pompeo goes further, saying last week, “We must admit a hard truth that should guide us in the years and decades to come: that if we want to have a free 21st century, and not the Chinese century of which Xi Jinping dreams, the old paradigm of blind engagement with China simply won’t get it done. We must not continue it and we must not return to it.” If tensions between Washington and Beijing do indeed continue to increase, so does the likelihood of a trade war, which the United States will lose. It was American corporations that chose to “offshore” their production to low-wage countries like China to increase their profits. Now many commodities that are in high demand by the U.S. consumer are only produced by Chinese companies operating under license. Those products will disappear from the marketplace in a trade war and it is the United States that will have to back down to restore the status quo ante.

To be sure, the game currently being played is very much based on the upcoming U.S. election. Trump has blamed his administration’s handling of the coronavirus on China, referring to the disease as the “China” or “Wuhan” virus, to suggest that it is something that was unleashed on an unsuspecting America by a perfidious Beijing. If that case is made assiduously enough, the White House hopes that the virus will not be a major electoral issue and Trump will instead be boosted by his hard line on the civil unrest currently taking place.

Ironically, Trump is aided in his effort by a Democratic Party that is already convinced that foreign forces, to include China, will be doing their best to sink Joe Biden, just as the Russians allegedly succeeded in doing to Hillary Clinton. The premise is absurd, as both Beijing and Moscow would likely favor a bumbling Joe Biden over Trump in terms of their own self-interests, but since when have American politics had to make any sense? 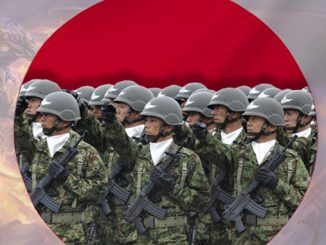