Radical leftwing activists and organized groups have been working tirelessly to shut down truthtellers and patriots from web hosting services, online payment processors, social media platforms, and other services for years now. Independent journalists, bloggers, and other dissident political and historical commentators and activists have primarily been targeted, with some even being “doxxed”—having their personal and private information maliciously released online—and fired from their jobs for holding dissenting political and historical perspectives.

The radical left has become further emboldened following the 2020 election and the de-platforming of former President Donald Trump, who was banned from Twitter, Facebook, and most other major social media platforms following the protest at the U.S. Capitol in early January. Trump supporters and other critics of the political establishment have long been censored and outright canceled on social media under the guise of “combating hate,” “fighting disinformation,” and ending the promotion of “conspiracy theories,” which simply amount to questioning mainstream media-promoted narratives about any given event.

In the aftermath of the protest at the U.S. Capitol, which has been falsely described as a “violent insurrection” or an attempted “coup” and hysterically denounced by virtually the entire political and media establishment as an “assault” on a “sacred temple of American democracy,” an all-out campaign has been waged by federal law enforcement and intelligence agencies, the mass media, and leftist activist organizations to identify and prosecute all individuals who entered the Capitol. Countless patriots who simply attended the pro-Trump rally and subsequent protest at the U.S. Capitol—but never set foot inside the structure—have been targeted, harassed, and, in many instances, fired from their jobs for their participation in the rallies or for simply being in the nation’s capital while all this mayhem unfolded.

One particularly egregious organization working overtime to cancel American patriots and dissident media outlets is Sleeping Giants, whose stated goal on their official Twitter page is to “make bigotry and sexism less profitable.” Sleeping Giants has brazenly targeted media outlets such as Breitbart as well as individuals including Mike Lindell, the CEO of MyPillow and an ardent supporter of Mr. Trump and his America-first policies. Lindell has insisted the 2020 presidential election was stolen from Trump, among other allegedly controversial claims.

Sleeping Giants encourages its followers to harass advertisers and other private enterprises who engage in business with their targeted adversaries in order to sabotage their foes while undermining the reputation of those targeted. Through its Twitter profile, Sleeping Giants has organized its supporters to contact the companies that advertise on Breitbart’s website, for example, and encourage them to cease business relationships with the populist, right-leaning media platform. Sleeping Giants has also targeted Tucker Carlson’s popular program on Fox News, resulting in advertisers dropping their business with the show for Carlson’s honest and frank criticism of the Black Lives Matter movement.

In recent weeks, Lindell has been in the crosshairs of Sleeping Giants and other leftist activist groups, which are openly seeking to sabotage and ruin his successful business. In mid-January, Lindell announced that MyPillow products would be discontinued in major retail stores, including Kohl’s and Bed Bath & Beyond, that successfully sold MyPillow products for years.

“We’ve had great relationships with these companies,” Lindell noted. “And they’ve had to drop us now because of what? Because of attacks by some group that was hired to send bots and trolls on their social media accounts.”

Lindell is urging Americans to stand up to the “cancel culture” championed by the left and not back down, criticizing Sleeping Giants for their harassment and sabotage campaign against his company.

“These are groups that were hired to attack and crush my companies to cancel MyPillow out. And they’re attacking these people, like Bed Bath & Beyond,” Lindell stated. “They succumb to the pressure. And you know, that’s their choice. But you know what, this is the time we all have to stand up against this.”

Lindell—who once struggled with drug addiction, worked hard to build MyPillow, founding the company in 2004 and quickly developing it into a successful business that supports American workers and products—is clearly being targeted now because of his political convictions.

We urge you to support Lindell and other companies “canceled” by groups like Sleeping Giants. We do not necessarily agree with every single thing that Lindell says or does, but we do believe he is a good American and has the right to say what he thinks without being destroyed by organized leftwing saboteurs. It is not he who presents a threat to America; it is those who want to wipe out all semblance of free expression in America simply because alternative ideas “offend” some thin-skinned, well-funded leftists. 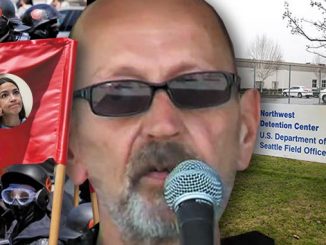 MLK Next to Be ‘Canceled’?