A radical leftist protester has pleaded guilty to violently striking another man in the face with a PVC pipe during an August 2018 anti-ICE protest in downtown Portland, Ore. near its historic City Hall.

William Pierce, now 34, plead guilty last month to a second-degree assault charge stemming from the violent encounter, and is facing a three-year jail sentence, minus time served, according to local reports.

Pierce and several other radical leftwing protesters had set up a makeshift camp outside City Hall in the summer of 2018 in order to protest ICE, the U.S. Immigration and Customs Enforcement agency, which has drawn the ire of radical leftist protesters across the country. Tim Schmitz, a 60-year-old Portland resident, was walking on the sidewalk near the encampment when he encountered Pierce and other protesters. In court testimony, Schmitz stated that the protesters had blocked the sidewalk and refused to let him pass. Schmitz also testified that Pierce and his associates had verbally accosted him, threatening him and his family.

Schmitz eventually used his cane to clear a path on the sidewalk so he could make his way to his vehicle, which was parked nearby. Pierce followed Schmitz to his vehicle and attacked him with a PVC pipe that was used to display an “Abolish ICE” flag after Schmitz had pulled out of the parking space and stopped at a red light. Pierce rammed the PVC pipe through Schmitz’s open window, eventually striking him in the face, injuring his face and eye.

“He started coming at me through the window and started spearing me with the flagpole,” Schmitz told Fox12, the local Fox affiliate based in Portland, shortly after the attack. “I ducked it six or eight times, and he finally got me the one time.”

Pierce was shortly thereafter arrested and spent 34 days in jail, which will factor into his final sentencing.

“I’m really disgusted with Portland,” Schmitz stated after the assault. “I’m disgusted and I feel ashamed that I even call it my birthplace. I know all about protesting and I understand it, I agree with it. I don’t agree with stepping on my rights to do it, though, especially because you don’t like what I say.”

Schmitz suffered lacerations to his face and eye socket as a result of the unprovoked assault.

Pierce’s successful prosecution and sentencing comes on the heels of at least two other violent leftwing radicals being brought to justice for their unprovoked violent assaults on their perceived political opponents. This newspaper reported in a previous edition on the prosecution of Gage Halupowski, a 24-year-old antifa activist based in Portland, who was arrested and charged with striking a conservative activist in the head with a baton during a rally in June of this year. Additionally, David Campbell, a radical anti-Trump activist, was convicted on two counts of felony assault last month for attacking a Trump supporter in New York City following an event celebrating Trump’s presidency.

Local prosecutors in both Portland and New York should be commended for enforcing the law and prosecuting those engaging in political violence, which has increased dramatically following President Trump’s entrance onto the political stage in the summer of 2015 when he initially announced his presidential candidacy. The radical left has used violence, terrorism, intimidation, and threats to target their political opponents and undermine the rule of law for far too long. 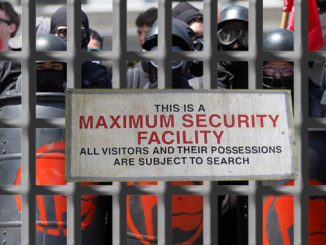 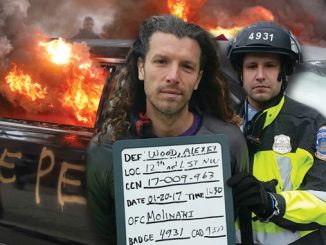