Once again the victims and survivors of Israel’s heinous attack on this unarmed USS Liberty have been betrayed, as American Legion has denied display space to the Liberty Veterans Association for its upcoming national convention.

In 2017, the 99th national convention of the American Legion (AL)—the 2.4 million-member war veterans organization founded in 1919—which was held in 2017 in Reno, Nev., produced Resolution No. 40. It called “upon the 115th United States Congress to publicly, impartially, and thoroughly investigate the attack on the USS Liberty and its aftermath and to commence its investigation before the end of 2017, the 50th anniversary of the attack.”

Although it was a valiant gesture to bring justice to the terror attack that took place aboard the spy ship USS Liberty (AGTR-5)—where on June 8, 1967, 34 Americans were slaughtered and 174 more were wounded in broad daylight in international waters—the reality is that the entire Congress is in the hip pocket of Israeli Prime Minister Benjamin Netanyahu. No investigation was completed last year, nor was it ever seriously considered.

The AL, however, has now reneged on its promise to the USS Liberty. The AL declined the USS Liberty Veterans Association’s (LVA) request to set up a booth at the 100th national convention this year in Minneapolis, Minn. In fact, the letter from the AL to an LVA member was so harsh, one wonders why they even bothered passing Resolution No. 40 the previous year.

The American Legion hereby declines your offer and request to rent exhibitor space at our National Convention. No space, nor housing, has been reserved for you under these terms.

What makes this all the more puzzling is that the AL has hosted the LVA many times over the years, and its booth has been very popular with attendees.

Even more shocking is the fact that the AL has lied to its millions of members and supporters to exclude the LVA from their convention. The LVA’s blog revealed this bald-faced lie in a June 4 update:

The American Legion has lied to Legionnaires who called the national organization to find out why the LVA has been denied a booth at the 2018 American Legion National Convention. Legionnaires have been told that at the time the LVA requested a booth there [was] no space available. For this to be true the national organization would have [had] to run out of exhibit space on May 7, 2018—three months and 17 days prior to the convention.

Before sending the application in, we called Andrea Watson to let her know we’d be sending in the application with all that was required except the certificate of insurance, which expires before the date of the event. We told her we’d send that as soon as the insurance company sends us the bill to renew. Our insurance certification expires on July 10, 2018. Ms. Watson then told us that we would not be allowed in the convention.

Despite this and knowing that there is an active American Legion Resolution supporting our call for a complete and comprehensive public congressional investigation of the attack on our ship, we sent in the check and application by certified mail on May 4, 2018. According to the signed certified mail receipt they received our paperwork on May 7, 2018.

Congress has failed miserably for over 51 years to honor the men—many of whom paid the ultimate price for their country—of the USS Liberty.

This is, as former Chief of Naval Operations and Chairman of the Joint Chiefs of Staff Admiral Thomas H. Moorer called it, a “national disgrace.” 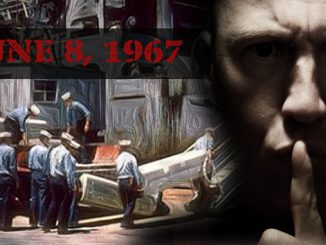 USS Liberty Cover-Up Proves the Power of the Israel Lobby 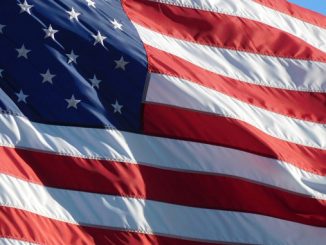