New gun laws in Texas make it easier to store or carry guns for defense. Time will tell whether these will act as an effective deterrent to mass shootings.

On Sept. 1, several laws were implemented in Texas that make it easier to store or carry guns in public places for defensive purposes. The bills, passed in May and June, ironically took effect in the immediate aftermath of yet another reported mass shooting in the state, this time in Odessa on Aug. 31.

These new laws represent the uniquely bold manner in which Texas seeks to address the state’s lengthening list of shootings. The list also includes incidents at Santa Fe High School near Houston in May 2018, at First Baptist Church in Sutherland Springs in November 2017, and at El Paso’s Walmart on Aug. 3.

The laws include House Bill 1143 under which school districts may not prohibit licensed gun owners, including school employees, from storing a firearm or ammunition in a locked vehicle in school parking lots, provided the items are not in plain view. House Bill 1387 loosens restrictions on how many armed marshals a public school district may appoint. Senate Bill 535 was amended to remove the restriction on licensed gun owners from carrying their weapons in places of worship.

The bold moves from Texas follow legislation being proposed in many states and on a national level to curtail Americans’ Second Amendment rights.

For starters, how can any state, or the nation, rationalize the enactment of arbitrary “red flag” gun laws when there already are 20,000 local, state, and federal gun regulations on the books?

Then there’s the unbending insistence by the police and big media that every mass shooting could only have involved one apparent shooter, a stubborn narrative that goes all the way back to Lee Harvey Oswald in terms of Texas lore.

According to police accounts out of Midland, Texas, next door to Odessa, CNN noted in its earliest report that, “as of now, police believe there are two suspects, both driving in different directions. One suspect is in a small Toyota pickup truck; the other is in a United States Postal Service van.”

But just one day later on Sept. 1, when Odessa police, joined by Texas Gov. Greg Abbott (R), held a press conference, they said that while various details still were being sorted out and little was known about the main suspect, the one hard fact was that the apparent assailant, later identified as 36-year-old Seth Aaron Ator, had acted alone and had been shot dead by police before he could enter a crowded movie theater.

The discrepancy was more dramatic in El Paso, where eyewitnesses said three armed men dressed in black entered the Walmart’s front doors as the shooting started. The mainstream media did not follow up on these claims.

Odder still is the Sutherland Springs church assault on Nov. 5, 2017 reportedly carried out by now-deceased gunman Devin Patrick Kelley. The incident appears to be full of holes—in the sense that the church’s one-story exterior appeared to have never been hit by 400 AR-15 rounds, as Pastor Frank Pomeroy claimed.

Pictures of that event’s immediate aftermath, coupled with AFP’s visit to the scene one month after the event, show the sanctuary’s old stained glass windows fully intact with old caulk crumbling around each window’s edge (indicating they had never been disturbed), along with the church exterior still being clad in the old asbestos white siding that’s long been discontinued, raising the question of why a church pummeled with hundreds of AR-15 rounds would not have been re-sided with distinctly new, modern materials.

Whatever the truth may be about these shootings, it’s wise to remember that while it’s against statutory law, of course, to commit the felony crime of murder with a firearm, or with any other kind of weapon, it’s also constitutionally forbidden to disarm the American people.

The public should demand full, un-redacted crime reports from police, no matter how disturbing the crime-scene photos, autopsy details, and diagrams may be, so there can be a more accurate assessment of the nature of these shootings.

Asking tough questions may sound like the work of “conspiracy theorists” fishing for “hoaxes.” But the withholding of detailed forensic information, combined with the media’s overly emotional reports, which ignore glaring inconsistencies of the case at hand, is what fuels loose theories and makes it especially tough to separate fact from fiction. 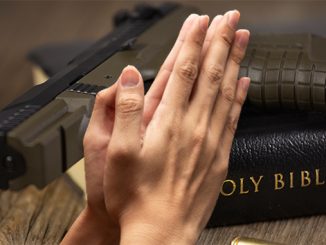 Thank the Lord So Many Were Packing 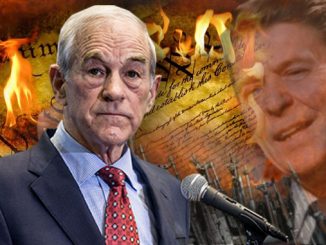