An outspoken, experienced rancher who heads a large regional cattleman’s association is sounding the alarm about the distinct possibility of food shortages amid the overreaction to the coronavirus in some parts of the country.

Shad Sullivan, whose Archer County, Texas ranch is located 100 miles northwest of Fort Worth, told AFP in an April 27 interview that the problem is not only caused by the major drop in meat demand brought on by shutting down various types of restaurants or reducing their sales to take-out only; it’s mainly caused, he said, by the four major meat packers leveraging too much control, while smaller meat-packers are kept sidelined.

“I think all four of the major packers are operating [more slowly] right now,” Sullivan said. “Four major meat-packing companies control 85% of the United States supply, but they have multiple packing houses.”

“We’re hearing that chickens are being slaughtered, not to be eaten or packed for food, but destroyed, in Maryland and Delaware, and we hear about crops being plowed under somehow due to Covid-19,” this writer noted, citing the reported temporary closing for sanitizing of a Green Bay, Wisc. meat plant and other plants where workers reportedly had been infected with Covid-19.

“Same thing with hogs; they’re being destroyed,” he continued. “Milk is being thrown out, though I think that has slowed down. I can tell you that [on April 26], the United States Department of Agriculture put out a press release saying that they are facilitating state officials to help producers devise an alternative market for their animals. But at the same time, they said they would be there to help in the ‘depopulation and disposal’ of those animals.”

That USDA statement ticked Sullivan off, so he produced an urgent video, posted on Instagram, about massive amounts of food being slated for destruction rather than consumption when “everybody’s preaching ‘sustainability.’ ”

“Tyson Fresh Meats came out with a press release— Tyson is one of the four major packers— and said that their supply chain was breaking. The main point is that, with the Covid outbreak, they have slowed their [meat] harvests, which means that these harvest-ready cattle, and feed yards and such, are being backed up. There’s no market for them, [which has] created a bottleneck in the supply chain. So, what’s happening is, because you don’t have enough workers, they can’t get the cattle through the plants. You have cattle backing up in the feed yard that have to be slaughtered at a certain point.”

“Can’t they be slaughtered and the meat frozen for contingencies—food banks, food pantries, charities?” AFP asked.

“Yes, they can be stored. We do have cold storage in this nation, but the problem is, if you have four major packers slaughtering 100,000 fewer [cattle] per week, and you back that up three or four weeks, then you have a half-million head of cattle that have to go somewhere. That’s why I say we need to get these regional packing houses up and going—these smaller houses are fighting the government, which does not want to give them any licenses to slaughter.”

“So, too few companies are controlling too many cattle?” AFP interjected.

“That is the whole problem right there,” Sullivan replied. He noted that the other three companies controlling 85% of the beef supply chain are JBS, Cargill, and Marfrig. JBS and Marfrig are Brazilian-owned, according to Sullivan.

“I’ve been fighting this for years and years and finally, because of Covid, people are starting to wake up . . . . The owners of JBS last year spent time on corruption charges in Brazil,” Sullivan added. “Before Covid, the demand in our industry had never been greater.”

And while Sullivan is all for international trade “as long as it’s fair to the American producer,” he warned that under America’s most recent trade deals with Brazil and Namibia, that African country’s “first shipment of beef hit the shores five days ago.” Based on that, Sullivan, from his position as Region V director of R-Calf, an advocacy group for beef producers, strongly supports mandatory country-of-origin labeling for all imported beef.

“I believe the American consumer should have the freedom to choose what product they buy. Beef and pork are the only two products we don’t have country-of-origin labeling on. Underwear has that labeling, but not beef and pork because those four big packers want to import that cheap, unrestricted beef. . . . Then they can jack prices up. And they’re making record profits.” 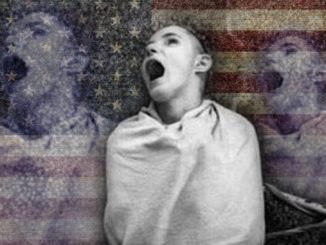