On May 7, after weeks of polls showing that conservative populist presidential candidate Marine Le Pen would win the presidential election in France, a young, liberal upstart, who just happens to have worked for the Rothschilds and supports globalization, won by a landslide. Since then there have been charges of rampant vote tampering. Is anyone surprised?

The defeat of Marine Le Pen in the May 7 presidential election runoff is causing celebrations in Brussels. For some months, the future of the European Union was very much in doubt. To a small extent, this election solidified it in the wake of Brexit and the economic troubles in Greece. However, given troubles facing France due to unchecked immigration, the very fact that newly elected Emmanuel Macron was an investment banker with the Rothschild empire brings his sudden rise in French politics into question.

Paris as we know it is in decline. Mass immigration has turned parts of the city into squatter camps. In those areas, the streets are filthy, the sidewalks are blocked with trash, and tents have popped up.

The police have given up controlling some of these areas, and the army has been called in to patrol the more important areas of the city. Crime is rampant and riots are a weekly occurrence.

This writer refuses to believe that the French, seeing what is happening to their country, voted overwhelmingly for someone who promotes open borders.

Paris is now, solely due to immigrants, among the most dangerous cities in Europe. In February, riot police lost control as rival Muslim gangs burned cars and homes. Because of this, a 2016 poll showed about half the French voting population sees Islam as a “threat to national identity.” Almost 70% are worried that Muslims have not integrated with French society.

In light of these poll numbers, the massive, landslide victory by Macron—the open borders candidate—makes no sense.

It should be noted that France’s Ministry of the Interior controls all elections.

The previous government threatened the media that leaked emails mostly showing the mundane inner workings of Macron’s political movement, En Marche!, would not be a part of the election debate. The leak could not be discussed by any side in the debate under threat of prison.

Vote rigging was reportedly rife. For instance, many thousands of election packets mailed to voters’ homes only showed Macron’s name.

Strasbourg town hall confirmed that 15,000 people were removed from voter lists. This is a city of 270,000 people. According to Le Monde, many voters were stunned to learn that they were no longer registered to vote. Ms. Le Pen’s own campaign website has gone down more than once due to substantial coordinated attacks against it.

Perhaps one of the worst examples of vote tampering was shown in a video posted online. There, a man videotaped himself stealing all of the ballots with Ms. Le Pen’s name on them so no one could vote for her.

Le Monde reported that the state is distorting the election turnout numbers. Given the French presidential election has received saturation media coverage, all anti-Le Pen, that turnout would be low makes no sense. The BBC also reported low voter turnout despite the frenzied calls to support Macron.

French media bias was so bad that they essentially declared Macron the winner several days before polling. Even the more rightist Le Figaro said it was over days before the voting.

Only 55% of French citizens trust the media. About 80% of French voters believe the campaign has been “deceiving.” If turnout was, in fact, low, this might help explain it.

In France, voters are mailed voting information and a set of ballots they use to vote. Any ballot that is torn in any way is invalid. Yet, there are widespread reports throughout the country of torn ballots affecting only Ms. Le Pen. This was not an issue for the other candidates.

As the campaign came to a close, Ms. Le Pen was widely seen to be narrowing the gap against Macron. With 122,000 respondents, almost 50% of French voters saw Ms. Le Pen as the likely victor in the days before the election. Yet this surge was hidden by the French press. Such a move would have galvanized voters to go to the polls.

Most foreign polls had Ms. Le Pen losing, but still with a 45% or 50% popularity rating.

While the major parties were handed a stinging defeat in the first round, as the international press reported, even with turnout drastically reduced, voters chose a Rothschild-connected investment banker?

French opinions on the EU are very negative, yet Macron ran on a platform that had a strong EU as its primary plank. The French polling agency Elabe discovered that “only 26% of the French . . . consider that there are ‘more advantages than drawbacks’ when it comes to being part of the EU.” But we are to believe France voted for the pro-immigrant, pro-EU candidate in a landslide.

What happened to Ms. Le Pen is a farce. All French parties unified to stop her, which suggests big-money incentives, since this doesn’t happen without them.

More riots were threatened if she was elected, which is, in itself, a criminal act. French corporate elites fought her while the media was uniformly hostile. The threats from the EU were constant. The French are anti-immigrant and vehemently anti-EU.

Ms. Le Pen did not lose the election “in a landslide.” It was stolen.

Matthew Raphael Johnson, Ph.D. is originally from Union County, N.J. He completed his Ph.D. at the University of Nebraska, writing his dissertation on Michael Oakeshott’s critique of modernity. His first job out of college was working with The Barnes Review. He is a former professor of history at Mt. St. Mary’s University in Emmetsville, Md. Matt resides in Franklin County, Pa., where he teaches and writes on Russian history and politics. Matt’s latest books, Russian Populist: The Political Thought of Vladimir Putin and The Third Rome: Holy Russia, Tsarism and Orthodoxy are available from TBR Book Club. Send payment with request to TBR, 16000 Trade Zone Avenue, Unit 406, Upper Marlboro, MD 20774. Order online at www.BarnesReview.com or call 1-877-773-9077 toll free to charge. 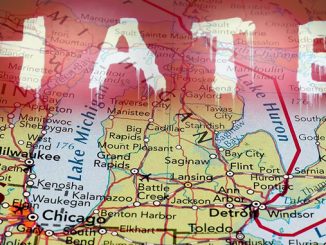 2 Comments on Was the French Election Stolen?