Former cellmates of George Zimmerman say that the man wrongfully accused of murdering Trayvon Martin was tortured by Seminole County, Florida sheriff’s deputies as part of a racial revenge fantasy, likely leading to the psychological problems Zimmerman has displayed since his acquittal.

According to men who served time with Zimmerman in Isolation One Unit of the John E. Polk Correctional Facility, a crew of Mexican and black officers stripped Zimmerman naked and left him for days in an empty room. Zimmerman was then kept awake with a bright light, video-recorded, mocked and subjected to verbal abuse.

This video was broadcast to other inmates and jail visitors, part of a policy Sheriff Donald F. Eslinger, who has held office for 23 years, has of playing to the lowest element of his constituency. 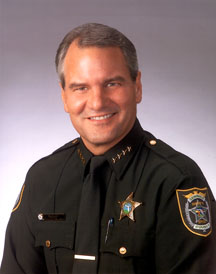 This is what is known in American law enforcement and intelligence circles as “soft torture,” which does not involve actual beatings, burnings with cigarettes, electricity or anything that leaves physical marks on the body or “stretch marks” as the Federal Bureau of Investigation (FBI) calls them. This is largely why waterboarding is the torture method of choice for American law enforcement and intelligence.

In fact, cruelty has been a routine part of the treatment inmates receive in the Sanford, Fla. jail, which has been noted as the second worst in The Sunshine State. Inmates in population are regularly denied underwear, hygiene products and basic humane treatment. A series of civil-rights lawsuits has assailed the jail’s poor maintenance and deliberate use of torture to compel confessions in high-profile cases.

For Zimmerman, the effects of this torture have been widely noted. The Good Samaritan who reported Martin while the young black man was behaving suspiciously, now suffers from post-traumatic stress disorder, a common affliction for those who have been in the United States prison-industrial complex.

“When he would go to court, they would dress him up,” one inmate who served time with Zimmerman told this reporter. “They’d shave him. They’d give him a clean jumpsuit. But when he came back they would fuck him up.”

The inmate, who we agreed not to name out of fear of retaliation, said that one sheriff’s deputy, “in his big hat,” personally supervised the abuse of Zimmerman.

Seminole County, Fla., with its county seat in Sanford, is an emerging multi-racial hellhole in the suburbs of Orlando, a failing small American city best known as home to Disney World. Local officials often deal with the changing demographics of Sanford by desperately trying to manufacture a “white supremacist” threat.

As early as 2006, the FBI organized a phony “hate group militia,” which staged government-sponsored rallies against Orlando’s black residents. When this operation was exposed a year later, the Orlando Sentinel quickly hushed things up.

In 2012, the local government staged the Zimmerman trial and falsely arrested 14 members of the American Front, accusing them of being part of a seditious conspiracy against the government. Zimmerman was acquitted, and the charges against the 14 men and women were dropped, but all of them were kidnapped from their homes and tortured by local officials before their court cases were over.

Now, since these acquittals, local and federal prosecutors have been seeking to advance other racially-oriented cases to maintain tension in the community and distract the people from the failures of the American system.

Zimmerman is only the most prominent victim of this pocket of corruption buried in the Florida swamps. The abuse that Zimmerman suffered is only one part of the pervasive corruption, which is bringing down the American system. As American influence recedes around the globe, the multicultural rot that has sapped America’s strength becomes more obvious here at home.

Bill White is a freelance journalist and publisher based in Florida. He has also written articles for THE BARNES REVIEW (TBR) magazine. You can write him at: William A. White 201400005514 Seminole County Jail 211 Bush Blvd Sanford FL 32773.