Stealing national elections is not an uncommon occurrence in U.S. history.

The controversial, pathetically delayed Iowa caucus vote illustrated once again that America’s electoral process is utterly corrupt. The Collier Brothers’ great book Votescam exposed massive voter fraud, and this author included much of their research, as well as earlier examples, in the book Hidden History.*

As far back as 1876, New York Gov. Samuel J. Tilden won the popular vote in the presidential election, and was ahead in the electoral college as well. But he didn’t have the minimum number of electoral votes, so the House of Representatives decided the election on a partisan political basis. Most Americans don’t realize that the only reason Reconstruction in the South ended was that the Republicans agreed to it as a concession to the Democrats for handing former Union Gen. Rutherford B. Hayes the presidency.

Lyndon B. Johnson earned the dubious nickname “Landslide Lyndon” after his controversial victory in a 1948 Senate primary race against former Texas Gov. Coke Stevenson. LBJ actually lost the first primary to Stevenson convincingly, but for unclear reasons a second primary was held. Thanks to his powerful backers, LBJ won after several recounts, including what was the first notable example of the dead turning out to vote. Johnson’s “landslide” margin of 87 was the result of a last-minute discovery of a box of uncounted votes. Former KKK member and future “liberal” Supreme Court Justice and Johnson crony Hugo Black validated the bogus election results. In 1977, former Texas judge Luis Salas confessed to helping steal the election for Johnson. “Johnson did not win that election—it was stolen for him and I know exactly how it was done,” Salas admitted. “I was just going along with my party.”

Principled anti-war populist Republican Ohio Sen. Robert Taft was considered the frontrunner for his party’s 1952 nomination, but thanks to the machinations of California Gov. Earl Warren (later to put his name on the official, dishonest report on the JFK assassination) and a young Richard Nixon, the nomination went to Dwight Eisenhower, the preferred choice of party insiders. A bitter Taft would comment, “Every Republican candidate for president since 1936 has been nominated by the Chase National Bank.”

In 1992, maverick populist Pat Buchanan challenged sitting President George H.W. Bush for the Republican nomination. He appeared to pull off a stunning upset in the New Hampshire primary, but as the hours dragged on, his vote total mysteriously plummeted, while Bush’s rose. Eventually, Bush was declared the narrow victor, but Buchanan received no Cinderella “moral victor” type of coverage from an antagonistic media. Buchanan would win the 1996 Republican primary, but no one called him a “frontrunner,” and the entire party machinery lined up against him. His supporters complained bitterly of being cheated in Arizona and elsewhere, but Buchanan remained far too complacent, as has been the case with other candidates who were robbed of victories.

In 2000, all Americans became familiar with hanging chads and other electoral lingo, thanks to the bizarre presidential election between George W. Bush of Texas and Tennessee’s Al Gore. Gore won the popular vote, but neither candidate had the required majority in the Electoral College. After recounts of Florida’s extremely close vote, and legal battles that dragged on for a month, the Supreme Court simply gave the election to Bush on a 5-4 vote. In 2004, another extremely close presidential election between incumbent Bush and Democrat John Kerry saw more accusations of voter suppression, ineligible voters casting ballots, and incorrect vote tabulations.

Texas Rep. Ron Paul’s 2012 presidential run invigorated young people, much as Vermont’s Bernie Sanders would four years later. Paul routinely drew the largest crowds, had the most signs, and obliterated the competition in every online poll. But, in state after state, Paul would be denied victory. The mainstream media paid little attention to him, and instead promoted dull Sen. Rick Santorum of Pennsylvania, who was said to be “surging” despite miniscule numbers at every rally. Paul’s supporters protested what was clearly vote fraud in many states, and the candidate himself actually mentioned it in at least one interview.

The 2016 campaign featured the most outspoken candidate yet, Donald Trump, who many times talked about the “rigged” process. Although Sanders himself refused to protest the obvious theft of the Democratic Party nomination, Trump talked openly about him being robbed. The Democratic National Committee emails that would be twisted into an absurd theory that “Russia” interfered in the election actually documented the party’s efforts to swing the nomination to Deep State doyenne Hillary Clinton.

In the 2020 campaign, the only anti-war candidate, Hawaii Rep. Tulsi Gabbard, is getting the Ron Paul treatment. Meanwhile, incredibly boring Minnesota Sen. Amy Klobuchar is said to be “surging.” It is difficult to believe establishment hack Pete Buttigieg, who has already named a Goldman Sachs executive as his policy director, is running neck-and-neck with Sanders, who is the clear grass-roots favorite.

*Hidden History: An Exposé of Modern Crimes, Conspiracies, and Cover-Ups (softcover, 392 pages, $23 plus $4 S&H in the U.S.) by Donald Jeffries is available from the AFP Online Store.

Also recommended: The July/August 2016 edition of THE BARNES REVIEW history magazine “Election Thieves” edition. One copy is $15 ppd. in the U.S. Click the link to order. 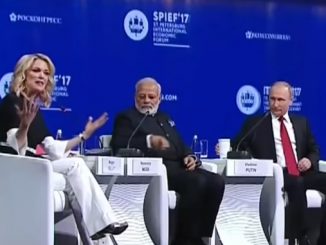 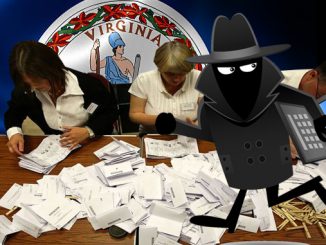