The truth matters, and no matter what the woke left thinks, it has become clear that Minneapolis Police Officer Derek Chauvin is not guilty of murdering George Floyd, though it could be argued Chauvin’s negligence contributed to his death.

By now, everyone knows what happened to Floyd that infamous day on May 25, 2020. At the time, a brief video showed police officers struggling to restrain Floyd, who had been accused by a clerk at the Cup Food convenience store of trying to make a purchase with a fake $20 bill. In the video, Chauvin can be seen placing a knee on the neck of Floyd, who can be heard calling out, “I can’t breathe.”

The mainstream media was quick to jump on the video, echoing all sorts of provocative claims that Floyd had been murdered in cold blood by racist cops. Not surprisingly, as cities around the country were struggling with high unemployment under lockdowns due to Covid-19, thousands of Americans took to the streets to protest and, in many cases, violently riot and loot, causing billions of dollars of damage to major cities around the country.

While all the chaos and violence was going on, no one in the big media or even in government bothered to tell the truth to the American people—that the evidence clearly shows the only person responsible for Floyd’s death was Floyd himself.

No one—not even the billion-dollar media—bothered to wait for the autopsy report, which showed Floyd had been on dangerously large doses of multiple drugs, including the notorious drug fentanyl, at the time of his death.

It was only a month after Floyd’s death that chief medical examiner Dr. Andrew Baker issued his report, writing, “If Mr. Floyd had been found dead in his home with no other contributing factors [I would] conclude that it was an overdose death.”

No one bothered to tell the American public that the hold Chauvin used on Floyd was commonly used by police forces across the country and was not outlawed until after Floyd’s death.

Finally, no one focused on the police body cam footage that was released over the summer, which showed a stumbling, incoherent Floyd—not the police—escalating what should have been a normal arrest. It was Floyd, not the police, that turned the whole episode into a wrestling match between a 6’6”, 225-lb. man with a violent criminal history, who was obviously under the influence of some substance, and police officers. This footage taken by the police shows that no rational person could conclude the police were motivated by Floyd’s race. Instead, they were called to the scene by reports of a crime and sought to arrest Floyd peacefully until Floyd himself resisted.

Even the tale of Floyd as the kindly community organizer, who had learned from his past mistakes and was now setting kids straight, has turned out to be totally false.

Floyd’s former girlfriend testified that she and Floyd had been “hooked on drugs” for months and that they had just purchased drugs prior to his death.

Video stills from a security camera show Floyd’s alleged drug dealer, Morries Lester Hall, at the Cup Food convenient store with Floyd just prior to his death. For what it’s worth, Hall has reportedly refused to testify, despite the fact that he was in the area when Floyd was killed. 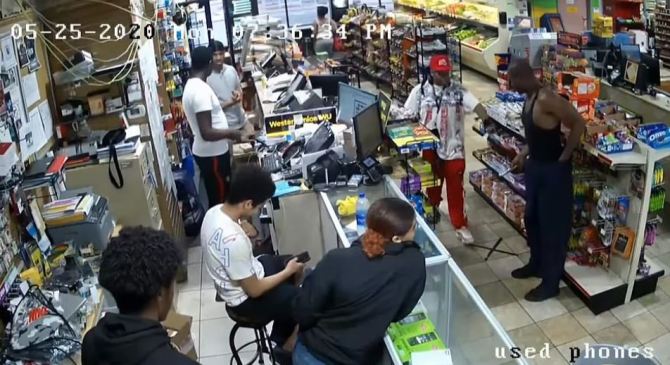 Cup Food was where Floyd was accused of using the counterfeit $20 bill that led to the incident in question. Christopher Martin, the cashier who reportedly took the fake bill from Floyd that day, testified that he had prevented Hall from using another reportedly counterfeit bill in that same store earlier that day.

Of course, none of this matters to the woke crowd that wants to believe racist cops are murdering black men in cold blood every day.

The question now remains if Chauvin will be able to receive a fair trial or will the courts bow to demands for revenge from the woke left? Will someone finally have the courage to come out and say the accusations of racism, the humiliation of America’s police force, the mass protests, the rioting, the looting, the 13,600 arrests, the thousands of police who were injured, the $3 billion in damages  were all predicated on fake news.

Whatever happens in the coming days, objective observers know the truth has already come out in the court proceedings. Whatever the far left may claim, it is clear that Floyd was not killed because he was a black man but because he was accused of a crime and then escalated what would have otherwise been a normal, routine, peaceful arrest into a deadly encounter.

7 Comments on Truth Matters in Trial of Minneapolis Police Officer