Jerome Powell has his hands full as he steps into the role of Federal Reserve Chairman. Tireless monetary reformer and watchdog Ron Paul warns, “The economy may seem to have recovered, but the recovery is not built on a firm foundation. Instead it rests on Fed-created bubbles. . . .” The U.S. had better get its economic house in order, he says, if it wants to remain the world reserve currency.

Last week the Senate confirmed Jerome Powell as Federal Reserve Chairman by a vote of 84-13. This is in contrast to the contentious debates and closer votes over Janet Yellen’s confirmation in 2014 and Ben Bernanke’s confirmation for a second term in 2010. Powell benefited from a perception that the economy’s recovery from the 2007-08 meltdown proves that the Fed is a capable manager of monetary policy. However, the perceptions of economic recovery and Federal Reserve competence are both far from the truth.

The economy may seem to have recovered, but the recovery is not built on a firm foundation. Instead it rests on Fed-created bubbles in areas such as automobile sales, credit cards debt, student loan debt, stocks, and even a new housing bubble.

The most dangerous bubble is the government debt bubble. The Fed facilitates deficit spending by monetizing the federal debt. The desire to enable Congress’ spending addiction is a major reason why the Fed cannot significantly raise interest rates, as increasing rates could increase federal debt payments to unsustainable levels. This may be one reason why President Trump has reversed course and endorsed low interest rates. Of course, all first-term presidents want low interest rates since they believe the low rates boost the economy and thus help them win reelection.

One of the issues Powell will face is increasing challenges to the dollar’s world reserve currency status. China is pressuring Saudi Arabia to price oil in Chinese yuan instead of in American dollars. China and other countries may take other steps, such as halting purchases of Treasury bonds, that could weaken the dollar. The threats to the dollar’s world reserve currency status will increase as concerns about U.S. government and private sector debt, as well as resentment over U.S. militarism and protectionism, grow.

The dollar still maintains its reserve currency status not because the dollar is strong, but because other countries’ currencies are weak. However, unless the U.S. gets its economic house in order, that may not long be the case. 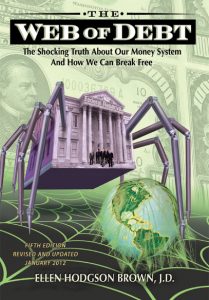 A new challenge to the dollar’s status is emerging from the private sector as more individuals seek alternatives to government-created fiat currency. The dramatic increase in the value of bitcoin may very well be another Fed-created bubble, but it is one fueled in part by desire to be free of the Fed’s ever-depreciating paper dollars.

Another sign of the people’s rejection of the Fed is the passage of state laws recognizing gold and silver as legal tender. Arizona passed such a law last year and Wyoming will soon consider a similar bill. As the failure of our current system becomes more apparent, more states will give their citizens freedom from the Fed’s money monopoly.

Much to new Fed Chairman Powell’s chagrin, support for the Audit the Fed bill remains high. As knowledge of how the Fed endangers prosperity grows, the pressure on Congress to pass Audit the Fed will prove irresistible.

Jerome Powell may seem to be assuming the Fed chairmanship at a time of increasing prosperity and renewed respect for the Fed. However, the prosperity is an illusion built on a series of Fed-created bubbles whose bursting will cause a major economic downturn. This will increase both the growing challenges to the dollar’s world reserve currency status and the number of people seeking alternatives to Federal Reserve-created fiat currency. Powell could be the last Fed chairman if the next Fed-created economic crisis leads the people to force Congress to audit and then end the Fed. 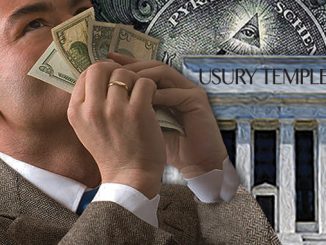 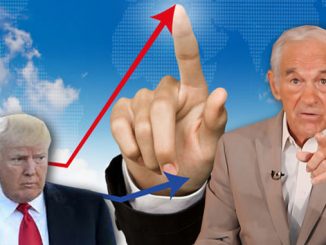