Ron Paul says the Fed’s recent lowering of its “benchmark” rate is an example of a popular definition of insanity: doing the same action over and over again and expecting different results.

The Federal Reserve, responding to concerns about the economy and the stock market, and perhaps to criticisms by President Donald Trump, recently changed course on interest rates by cutting its “benchmark” rate from 2.25% to 2%. Trump responded to the cut in already historically low rates by attacking the Fed for not committing to future rate cuts.

The Fed’s action is an example of a popular definition of insanity: doing the same action over and over again and expecting different results. After the 2008 market meltdown, the Fed launched an unprecedented policy of near-zero interest rates and “quantitative easing.” Both failed to produce real economic growth. The latest rate cut is unlikely to increase growth or avert a major economic crisis.

It is not a coincidence that the Fed’s rate cut came along with Congress passing a two-year budget deal that increases our already $22 trillion national debt and suspends the debt ceiling. The increase in government debt increases the pressure on the Fed to keep interest rates artificially low so the federal government’s interest payments do not increase to unsustainable levels.

Trump’s tax and regulatory policies have had some positive effects on economic growth and job creation. However, these gains are going to be short-lived because they cannot offset the damage caused by the explosion in deficit spending and the Federal Reserve’s resulting monetization of the debt. Trump has also endangered the global economy by imposing tariffs on imports from the U.S.’s largest trading partners including China. This has resulted in a trade war that is hurting export- driven industries such as agriculture.

Trump recently imposed more tariffs on Chinese imports, and China responded to the tariffs by devaluing its currency. The devaluation lowers the price consumers pay for Chinese goods, partly offsetting the effect of the tariffs. The U.S. government responded by labeling China a currency manipulator, a charge dripping with hypocrisy since, thanks to the dollar’s world reserve currency status, the U.S. is history’s greatest currency manipulator. Another irony is that China’s action mirrors Trump’s continuous calls for the Federal Reserve to lower interest rates.

While no one can predict when or how the next economic crisis will occur, we do know the crisis is coming unless, as seems unlikely, the Fed stops distorting the economy by manipulating interest rates (which are the price of money), Congress cuts spending and debt, and Trump declares a ceasefire in the trade war.

The Federal Reserve’s rate cut failed to stop a temporary drastic fall in the stock market. This is actually good news, as it shows that even Wall Street is losing faith in the Federal Reserve’s ability to manage the unmanageable—a monetary system based solely on fiat currency.

The erosion of trust in and respect for the Fed is also shown by the interest in cryptocurrency and the momentum behind two initiatives spearheaded by my Campaign for Liberty—passing the Audit the Fed bill and passing state laws re-legalizing gold and silver as legal tender.

There is no doubt we are witnessing the last days of not just the Federal Reserve but the entire welfare-warfare system. Those who know the truth must do all they can to ensure that the crisis results in a return to a constitutional republic, true free markets, sound money, and a foreign policy of peace and free trade. 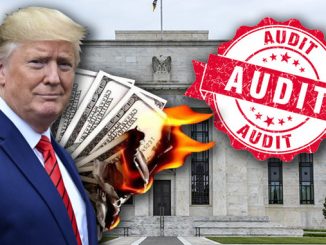 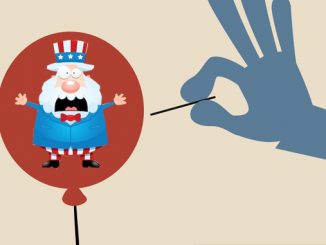 Mother of All Bubbles About to Burst?