Thanks in large measure to a soft-on-crime, Soros-backed district attorney, New Orleans has officially surpassed St. Louis—another American metropolis with a Soros-backed DA—to become the murder capital of the United States.

The “Big Easy,” one of America’s leading tourist destinations, now has the highest homicide rate in the nation, far surpassing other crime plagued metro areas including Los Angeles, Chicago, New York, and Miami.

In 2022 alone, there have been over 200 murders in New Orleans, which is an increase of 141% from pre-pandemic levels in 2019 and 46% higher than a year ago, according to data compiled by the Metropolitan Crime Commission of New Orleans. Shootings are up 100% since 2019, while carjackings are up 210% and armed robbery is up 25%. 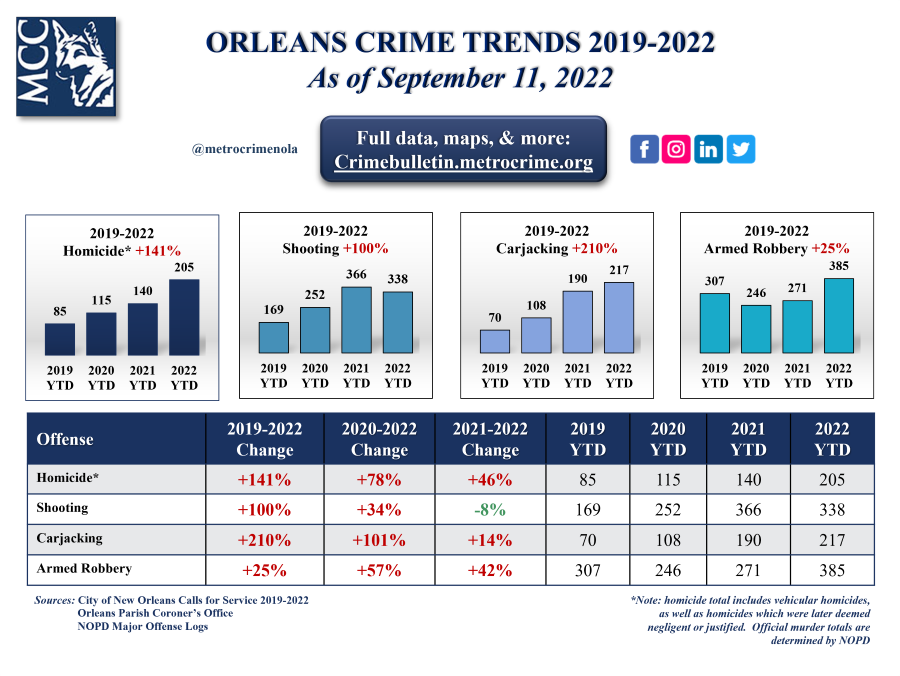 Jason Williams, the Orleans Parish District Attorney responsible for prosecuting crime in New Orleans, was sworn in on January 11, 2021, and crime in the Big Easy only continues to increase. During the campaign for the DA position, Williams vowed to “create a criminal legal system that serves all people,” and promised to focus his priorities on “correcting the sins of the past,” an obvious reference to “White supremacy” and “racism” that purportedly plagues the criminal justice system in America—a common talking point espoused by far-left politicians, particularly those supported and backed by Soros and his vast network of NGOs and activist organizations, which only serves to excuse and even justify crimes committed by minorities.

Upon assuming office, Williams went to work promoting policies and “reforms” typical of virtually all Soros-backed DAs: eliminating minimum mandatory prison sentences and fines, decriminalizing drug offenses and other common crimes, and refusing to jail and prosecute juvenile delinquents to the fullest extent of the law. Due to perceived “social and racial injustices” of the past, leftwing prosecutors like Williams simply refuse to enforce the law, especially against minorities and repeat offenders, downplaying and excusing their criminal behavior.

“Since he became district attorney, less than one out of every five felony cases have ended with a felony conviction (17%),” the Washington Examiner reported earlier this year. “Approximately 67% result in dismissal without legal consequences for the alleged criminal offender. And about 20% of the felony cases dismissed were crimes of violence.”

Additionally, in 2021 Williams’ office “rejected 46% of violent felony arrests for such criminal acts as murder, rape, kidnapping, carjacking, and robbery, among others,” according to The Advocate, a leading newspaper in Louisiana based in Baton Rouge.

The simple fact of the matter is that DAs like Williams—and many others across the country backed by Soros and his powerful network of political operatives—prioritize the lives and well-being of criminals over those of the innocent civilians they are sworn to protect. The rule of law has become entirely politicized in their eyes, as they use their office to advance far-left policies and reforms ostensibly designed to combat “racism” and “White supremacy.”

These misguided and fallacious policies, along with those that champion them, must be rooted out and stopped before even more harm is done to innocent American citizens of all racial and ethnic backgrounds.

3 Comments on The ‘Big Easy’ Now the Nation’s Murder Capital, Thanks in Part to Soros-Backed DA