Despite retraction of the report by a DNC-employed cybersecurity company that was behind the much-trumpeted claims of Russian hacking, allegedly intended to undermine America’s democratic processes and put Donald Trump in the White House, claims of Russian meddling continue to be made by such influential neocons as Dick Cheney and John McCain. With or without evidence, the attempt to involve the U.S. in conflict with Russia continues.

A U.S. cybersecurity firm employed by the Democratic National Committee (DNC) to investigate alleged hacking carried out by the Russian government and its proxies during the 2016 presidential election campaign has been forced to retract key findings in a report it used to substantiate allegations of Russian meddling and interference in American domestic politics as well as Ukraine’s conflict with pro-Russian separatists in the Crimea area. 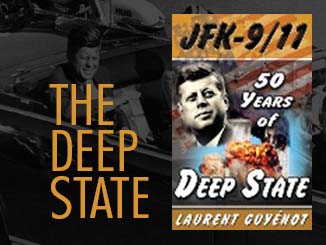 CrowdStrike, utilized by the DNC to manufacture claims of Russian hacking against the DNC and Clinton campaign more generally in an effort to help Donald Trump triumph in the heated 2016 presidential election, released a report in December of last year asserting, among other things, that Russian actors hacked into a Ukrainian artillery application resulting in heavy losses of Ukrainian howitzers. The CrowdStrike report was originally based on data and information provided by the International Institute for Strategic Studies (IISS), an influential think tank based in London that researches political and military conflict.

However, IISS recently told Voice of America that CrowdStrike “erroneously” used its data as “proof of the intrusion” into the Ukrainian artillery application. The Ukrainian Ministry of Defense has also denied key findings of the report, and insists the hacking never even took place.

CrowdStrike was one of the first cybersecurity firms to allege Russian actors were behind the hacking of the DNC. Dmitri Alperovitch, co-founder and CTO of CrowdStrike, has insisted a variant of the software utilized in the now discredited Ukrainian “hacking” was similar to the software utilized in the purported hacking of the DNC. The original report alleging Russian hacking into the Ukrainian artillery application, issued in December of last year and widely circulated and sourced in the mainstream corporate mass media, has now been significantly updated and revised as a result of media exposure.

The latest setback for a firm seen as instrumental in guiding elite political and media opinion on the veracity of alleged “Russian hacking” and interference in the 2016 presidential election in favor of President Trump comes as leading critics of Trump and key Democratic lawmakers struggle to substantiate their theories of covert Russian meddling in American politics.

Earlier this year, the Office of the Director of National Intelligence issued a report and briefed both Congress and President-elect Trump on its conclusions that Russia meddled in the presidential election. The report concluded Russia was involved in the hacking of the DNC and key officials in the Clinton campaign, including John Podesta. It alleged that, through its purported hacking, the Russian government sought to undermine and discredit established U.S. democratic processes and principles, wage cyberwarfare against key political actors, and engage in an elaborate disinformation campaign designed to harm the Clinton campaign and aid Trump.

That report, however, has been panned by many cybersecurity experts. They point out that it is government officials that worked under former President Barack Obama who have basically asked America to trust them when they claim they have connected the dots between the cryptic, shadowy DNC hackers and the Russian government.

Critics of the Trump administration also allege key officials and advisers close to the president have intimate ties to the Russian government and ruling establishment.

Thus far, allegations of Russian meddling and interference in the election, Russian hacking, and Russian ties to Trump appear to be unsubstantiated, overblown, and exaggerated. Many view the allegations as a means of discrediting and delegitimizing Trump and his populist, America-first agenda, with the ultimate goal of undermining his presidency resulting in his impeachment or removal from office. After all, the biggest cheerleaders for the Russian-hacking narrative are Democrats and establishment Republicans that remain antagonistic to Trump.

Still, the rhetoric regarding alleged Russian interference in U.S. politics emanating from leading political and media figures continues to heat up.

“There’s no question there was a very serious effort made by Mr. [Vladimir] Putin and his government, his organization, to interfere in major ways with our basic fundamental democratic processes,” Cheney stated during a recent speech at the Economic Times’s Global Business Summit 2017 in New Delhi. “In some quarters, that would be considered an act of war. I think it’s a kind of conduct and activity we will see going forward. We know he’s attempted it previously in other states in the Baltics.”

Sen. John McCain, an influential Republican legislator, critic of Trump, and warmonger, has made similar remarks.