“Violence creates many more social problems than it solves. . . . If they succumb to the temptation of using violence in their struggle, unborn generations will be the recipients of a long and desolate night of bitterness, and our chief legacy to the future will be an endless reign of meaningless chaos. Violence isn’t the way.” So said prominent civil rights leader Martin Luther King Jr.

Marches, protests, boycotts, sit-ins: These are nonviolent tactics that work.

Looting, vandalism, the destruction of public property, intimidation tactics aimed at eliminating anything that might cause offense: These tactics of mobs and bullies may work in the short term, but they will only give rise to greater injustices in the long term.

George Floyd’s death sparked the flame of outrage over racial injustice and police brutality, but political correctness is creating a raging inferno that threatens to engulf the nation.

In Boston, racial justice activists beheaded a statue of Christopher Columbus. Protesters in Richmond, Va., used ropes to topple that city’s Columbus statue, spray-painted it, set it on fire, and tossed it into Fountain Lake. Columbus’s crimes against indigenous peoples throughout the Americas are well known.

Activists who object to Yale University being named after its founder Elihu Yale, a slave trader, are lobbying to re-name the school.

Administrators at Woodrow Wilson High School in Camden, N.J.—named after the nation’s 28th president, who guided the nation through World War I while upholding segregation policies—are now looking for a new name.

The distributors of Aunt Jemima Pancake Syrup, Uncle Ben’s Rice, and Mrs. Butterworth’s Syrup have announced plans to re-brand and rename their products in an effort to avoid perpetuating racist stereotypes.

Not to be outdone, Dreyer’s Ice Cream plans to retire the 99-year-old name for its Eskimo Pie frozen confections on a stick because “Eskimo” has been denounced as a racist nomenclature used by “colonizers to Arctic regions to refer to Inuit and Yupik people.”

Gone with the Wind, the Civil War epic that won 10 Academy Awards and has long been considered one of the greatest films of all times, was temporarily pulled from HBOMax’s streaming service in response to concerns that it depicts “ethnic and racial prejudices” that “were wrong then and are wrong today.”

What is the end sum of all these actions?

What started as a movement to denounce police brutality in the wake of George Floyd’s death at the hands of killer cops has become a free-for-all campaign to rid the country of any monument, literal or figurative, to anyone who may have at any time in history expressed a racist thought, exhibited racist behavior, or existed within a racist society.

The police state has got us exactly where it wants us: distracted, distraught and divided.

While protesters topple statues of men with racist pasts who are long dead, unarmed Americans continue to be killed by militarized police trained to shoot first and ask questions later.

And while politically correct censorship is attempting to sanitize the public sphere of words and images that denigrate minorities, it is not doing anything to rid hearts and minds of racism.

What we need is more speech, more discourse, and a greater understanding of history and the evils perpetrated in the name of conquest, profit, and racial supremacy. Because if we bury the mistakes of the past under a sanitized present, if we fail to at least provide context to the past, we risk allowing the government to repeat those past mistakes—rewritten for a new age—and no one will be the wiser.

As long as we continue to allow the most controversial issues of our day to serve as battlegrounds for those who claim to believe in freedom of speech but only when it favors the views and positions they support, we will all eventually lose.

Silencing unpopular viewpoints with which the majority might disagree—whether it’s by shouting them down, censoring them, muzzling them, or criminalizing them—only empowers the controllers of the Deep State.

The police state could not ask for a better citizenry than one that carries out its own censorship.

So what we can do to end any remaining racial inequality, police brutality, and systemic injustice that does not involve sacrificing free speech on the altar of political correctness or adopting violent tactics?

Stop tiptoeing around. Stop allowing the government and its architects to micromanage your life and curtail your freedoms. Stop being a pawn in someone else’s game. Find your own voice. Give voice to your own outrage. Speak truth to power nonviolently. And throughout it all, love your enemies and put that love into action.

That last point, to love your enemies, is the hardest of all, yet it was the principle that Jesus Christ spoke of most often. 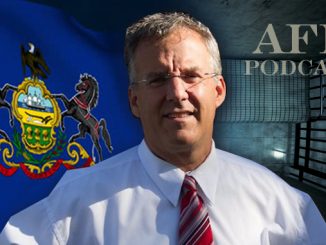