Those who accused the Catholic kids of bogus hate crime have been told to retract their stories or face court.

On Feb. 4, lawyers representing Kentucky’s Covington Catholic High School student Nicholas Sandmann and his family announced that they’d sent letters to media outlets, individual journalists, celebrities, and Catholic organizations. The letters warned that, after a brief grace period, if they didn’t issue a retraction or public apology, they risked libel and defamation lawsuits.

He added: “They know they crossed the line. Do they want 12 people in Kentucky to decide their fate? I don’t think so.”

McMurtry offered his services pro bono, and is working in tandem with high-powered lawyer Lin Wood, best known for representing the parents of Jon Benet Ramsey.

“We want to change the conversation. We don’t want this to happen again,” McMurtry stated. “We want to teach people a lesson. There was a rush by the media to believe what it wanted to believe versus what actually happened.”

The Catholic students were on a field trip to Washington, D.C., attending a March for Life Event. While virtually every mainstream media outlet aired only a brief snippet of video and blasted the 16-year-old Sandmann for “disrespecting” 64-year-old Native American elder Nathan Phillips by “smirking” at him and blocking his path, extended video of the incident posted online quickly told a far different story. A group of Black Hebrew Israelites can be seen and heard for several minutes, shouting profanities, anti- Catholic, homophobic, and racial slurs, first at the Native Americans and then with even greater fervor at the high school kids from Kentucky.

The kids never responded with anything more than their school spirit chants, and they asked the permission of their chaperones before doing that. The footage also shows that Phillips and the Native Americans approached the high school kids, and their path was never blocked. Phillips focused in on Sandmann, and kept beating his drum until he was only a few inches from the youngster’s face. If anyone was doing the intimidating, it was Phillips.

Initially, Phillips was converted into a saintly figure in the media. He claimed to be a Vietnam veteran, but this was subsequently disproved. It was also discovered that Phillips had recently tried to disrupt a Catholic mass, and has a history of social activism.

Press accounts and celebrity tweets concentrated on the fact that some of the students, including Sandmann, were wearing “Make America Great Again” hats. Most shocking was the fact that Covington High School officials immediately condemned their own students, and Catholic Bishop John Stowe of the Diocese of Lexington wrote an op-ed in the Lexington Herald-Leader in which he criticized the Catholic students.

Diocese of Covington Bishop Roger Foys publicly condemned the students as well, although he did later apologize. Stowe, however, would not back down, standing by his op-ed, which declared, “Without . . . placing the blame entirely on these adolescents, it astonishes me that any students participating in a pro-life activity on behalf of their school and their Catholic faith could be wearing apparel sporting the slogans of a president who denigrates the lives of immigrants, refugees, and people from countries that he describes with indecent words and haphazardly endangers with life-threatening policies.” After later ludicrously calling the incident an opportunity for “a teaching moment,” Stowe continued to be triggered by their head gear, maintaining, “I come back to that they shouldn’t have been wearing those hats in the first place.”

“For the mob to just go tear apart a 16-year-old boy is inexcusable,” McMurtry said. “He’ll never be able to get away from this.”

CNN and other mainstream media organs grudgingly admitted their rush to judgment, and by Feb. 13, headlined one story, “Report finds no evidence of ‘offensive or racist statements’ by Kentucky students,” regarding an inquiry conducted by the Diocese of Covington. Just what kind of investigation was necessary beyond watching the entire incident on videotape was unclear. The initially critical Bishop Foys was quoted as saying that the Covington kids “were placed in a situation that was at once bizarre and even threatening” and their reaction was “expected and one might even say laudatory.”

In a Feb. 8 public statement, attorney Lin Wood announced that “Nathan Phillips will be sued” and that the first round of lawsuits would begin “within two weeks.” Wood has followed through on his promise. On Feb. 19, the first lawsuit was filed on behalf of Sandmann against The Washington Post, seeking $250 million in both compensatory and punitive damages. 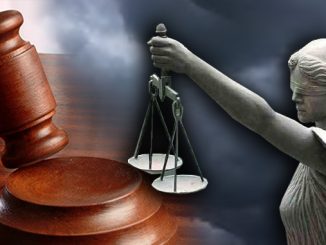 Does Assange’s Arrest Mean He’ll Face Charges in the U.S?