In December, independent scientists, activists, and journalists gathered in Tempe to discuss the “lie” that is climate change. While humans should still clean up their act and stop messing up the planet, the reality is, the Earth is not warming due to carbon dioxide but is a natural process that occurs as part of a natural cycle.

TEMPE, Ariz.—Man-made “global warming” is a fantastic fable that needs to be debunked, according to scientists, academics, journalists, and other researchers who convened for the third congress of Freedom Force International (FFI), which was held in December at the Marriot Tempe “on the Buttes” resort hotel near Phoenix. The event was named “Global Warming: An Inconvenient Lie.” 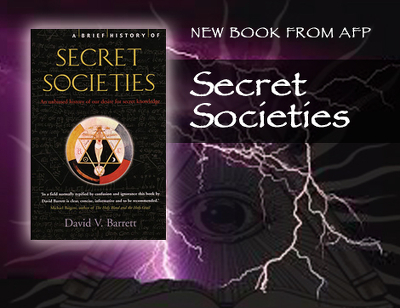 More specifically, they recite an anti-human narrative that people are a blight who are arrogantly warming the Earth through the routine release of carbon dioxide (CO2) and other “greenhouse gases” via industrial, agricultural, and other emissions.

We’re constantly told that, lest we mend our ways very quickly, we’re all supposedly in mortal peril from this warming of the globe, augmented by claims of melting ice sheets, rising ocean waters, droughts, flooding, food riots, water wars, and worse.

The FFI conference offered credible evidence to the contrary—including even the topics of geoengineering and weather modification—thereby adding a new, compelling dimension to the climate issue.

FFI members and guests felt their conference was successful in adding much-needed balance to the debate, via realistic perspectives showing that what little warming may exist is not caused by man-made industrial and agricultural emissions, but instead is caused by solar variation and other factors.

Mathematician Lord Christopher Monckton of the UK told AMERICAN FREE PRESS that flawed math is being used in conjunction with computer-based climate models. That, he said, results in exaggerated predictions of global temperature increases.

Expounding on the outlook of the establishment scientific community that insists without apparent dissent that man-made global warming is real, Monckton noted, “They’ve exaggerated the amount of warming” but they’ve also “exaggerated the degree of consensus.”

That remark on the level of consensus among scientists relates to what Monckton and several other FFI conference participants pinpointed as a vulnerable linchpin to the whole global warming claim: The allegation, peddled as immovable fact by establishment scientists and conventional media, that “97%” of scientists believe global warming is caused by humankind’s automotive, industrial, and farm emissions—as well as other emissions, including cattle flatulence.

The reason the “97%” claim is highly misleading, noted Monckton and other FFI participants, is that it’s based on fewer than 100 of nearly 12,000 peer-reviewed scientific papers on climate change.

Monckton added that there also has been exaggeration of the economics regarding global warming, referring to the supposed need to increase taxes and regulations to mitigate the effects of burning fossil fuels.

“But particularly,” Monckton continued, “they have made a mistake on the physics and the math,” which, he said, results in inflated forecasts of temperature increases “of up to 12 degrees Celsius per doubling of CO2.”

However, if the flawed math is corrected, he explained, “We can say that it won’t be more than 2.7 degrees Celsius per doubling of CO2, and that’s the high end.”

An outgrowth of all this is that nearly all media reports call CO2 “pollution” when, in reality, “Human emissions are less than 1% of all greenhouse gases in the atmosphere,” and CO2 is but one component of those gases.

Also, Canadian professor Tim Ball announced to FFI that he was soon to meet with President-elect Donald Trump’s people to discuss the climate change issue and pursue more realistic policies.

This news was well received and fits into Griffin’s mission to have FFI be a true, active “force” for constructive policy changes.

And among other compelling speakers, independent researcher Jim Lee awed many when, backed by memoranda, news clippings, and declassified documents, he showed there’s been 100 years of earnest efforts to manipulate the weather, though not always for nefarious reasons. His “ClimateViewer.com” website covers considerable ground in documenting and explaining the established know-how to create, intensify, and influence the path of rain storms and much more powerful storm movements.

Mark Anderson is a longtime newsman now working as the roving editor for AFP. He is also the chairman of the America First Action Committee, a group dedicated to mobilizing grassroots Americans to pressure Congress on bad legislation and support Congress on good legislation. Email him at [email protected]