It’s a wrap for the 44th annual World Economic Forum (WEF) in Davos, Switzerland, where the wealthiest robber barons from around the globe rubbed elbows with nation wreckers and despots in search of new ways to carve up the planet and exploit its less privileged inhabitants.

“Reshaping of the World” was the theme for this year’s four day event and the key topic of debate was how to mitigate the growing income disparity between rich and poor.

In their Global Risks 2014 report, the forum said that this ever widening gap “raises concerns about the Great Recession and the squeezing effect it had on the middle classes in developed economies.”

Though tackling this issue sounds like a noble endeavor, the plutocrats participating in this year’s forum proved to be far more concerned about how this rich-poor divide affects their bottom line than they were with the plight of the underclasses.

It just so happens that low wages, rampant unemployment and a diminishing middle class are bad for business, as was pointed out by Timothy Adams, president and CEO of the Institute of International Finance, Inc., an organization that represents hundreds of banking cartels, including Goldman Sachs, Barclays and Deutsche Bank. “The more wages become stagnant, the more pressure there is to find solutions to growth,” said Adams, a former U.S. Treasury official. “If workers don’t have sufficient income they can’t be consumers.”

Apparently lost on these brainy plutocrats is the basic notion that if they paid their employees a living wage, the employees could then afford to purchase the products manufactured by the companies they work for. This is something Henry Ford figured out in the early 1900s. 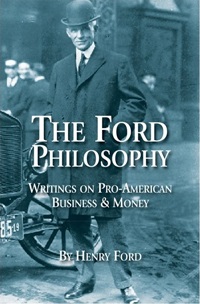 On the eve of the conference, poverty tracking group Oxfam International released a report that found 85 of the world’s richest plutocrats control as much wealth as the poorest 50% of the entire global population. The New York Times recently reported that the “average income of the top 1% of earners increased about 31.4% from 2009 to 2012, while wages for the other 99% essentially stood still.”

As if this news weren’t bad enough, discussions at Davos suggested that prospects for the working classes are looking even bleaker over  the next decade as automation and robotics continue to steal the few remaining jobs left on the planet.

“As more routine tasks are automated, this will lead to much more part-time work in caring and creative industries,” said Google chairman and former CEO Eric Schmidt. “The classic 9-5 job will be redefined.”

Expecting WEF to come up with a solution to this crisis was really nothing more than wishful thinking fromthe very beginning. Alex Jensen, project coordinator at the International Society for Ecology & Culture, recently drove this point home when he identified several of the banks and corporations that comprise WEF’s list of “Industry Partners” as being some of the world’s worst human rights abusers, political racketeers, property thieves and international environmental criminals.

“Among them are Shell, Nike, Syngenta, Nestlé and SNC Lavalin—companies you’ll also find on Global Exchange’s list of the Top 10 Corporate Criminals of 2013, based on offenses like unlivable working conditions, corporate seizures of indigenous lands, contaminating the environment and similar transgressions,” said Jensen. “At least seven other companies ‘actively involved in the Forum’s mission’ are recent alumni of the Corporate Criminal list.

“Or consider Corporate Accountability International’s Corporate Hall of Shame, comprised of ‘corporations that corrupt the political process and abuse human rights, the environment and our public health.’ Seven of the 10—Walmart, ExxonMobil, Bank of America, Coca-Cola, DuPont, Monsanto and Nestlé (which has the dubious distinction of making both lists) are WEF Industry Partners.”

Although income inequality topped the list of WEF’s concerns at the beginning of the conference, enthusiasm slowly fizzled out as the days progressed. In spite of a plea from Pope Francis to “ensure that humanity is served by wealth and not ruled by it,” the gravity of those words seemed to fade into the background as lavish celebrations of greed and avarice took center stage.

Once “the conference was in full swing, few people talked, and even fewer seemed to care, about inequality. Indeed, they appeared to be living it, loving it and laughing about it,” wrote The Daily Beast journalist Christopher Dickey, who added: “The consensus among the rich guys I talked to (most of whom had left in their chauffeur-driven Audis and private jets on Friday), was that Davos this year was just the way it should be: a place to make more deals face to face with more people much faster than they could anywhere else—then spend a few hours on the slopes or taking in the esoteric offerings on the conference agenda, like Goldie Hawn talking about meditation. ‘I like to improve my mind,’ one influential American CEO told me.”