CBS News has published the transcript of a late October 2016 phone call between Trump campaign volunteer George Papadopoulos and an undercover FBI informant. As CBS acknowledged, Papadopoulos “denied to an FBI confidential source that the campaign was involved in the circumstances surrounding the hack of the Democratic National Committee’s email system, calling the idea ‘illegal.’ ” He also bluntly answered “no” to the question whether “Russians” had hacked Democratic National Committee documents and emails.

CBS’s Catherine Herridge reported, “The recorded conversation between Papadopoulos and the confidential source working for the FBI was documented in the December report issued by Justice Department Inspector General Michael E. Horowitz into the FBI’s surveillance of campaign aide Carter Page and other actions related to the FBI probe known as ‘Crossfire Hurricane.’ But the excerpts of the transcript published here provide new details about the interaction between Papadopoulos and the FBI source in the final days of the presidential campaign.”

In the more than four-hour-long conversation, Papadopoulos vehemently denies that anyone associated with the Trump campaign was involved with the situation, saying, “I know that for a fact.” The fiery 32-year-old proclaimed on Twitter, “My profanity-laced interview with yet another loser informant has been published. I promise you there is a conspiracy case being built around this frame job. I know exactly who it is.”

In another tweet, he stated, “If you are keeping track. I had informants from the U.S., UK, [and] Australia working with the FBI/CIA/MI6 trying to entrap me in a fake conspiracy. Not only did I deny all the bullsh** they were trying to force on me, now the $10,000 entrapment scheme is what blows this wide open!”

As Fox News noted, “The comments made by Papadopoulos are noteworthy because, according to officials, they were never provided or included in evidence to the Foreign Intelligence Surveillance Court when seeking warrants to surveil another Trump campaign aide, Carter Page, over suspicion of Trump campaign ties to Russia.”

Papadopoulos met with Maltese professor Joseph Mifsud in London, who told him that the Russians had “dirt” from Hillary Clinton’s emails. Papadopoulos passed this information along to Australian diplomat Alexander Downer, who reported it to the FBI. Papadopoulos also met with Cambridge professor and longtime FBI informant Stefan Halper and his female associate, known by the alias Azra Turk. Papadopoulos told Fox News that he saw Turk three times in London: once over drinks, once over dinner, and once with Halper. He also told them that he always suspected he was being recorded. In September 2018, Mifsud was declared to be “missing and may be deceased.” A photo purporting to be of Mifsud was published in an Italian newspaper in October 2019, and a month later a voice recording alleged to be from him was received by another newspaper in Italy.

House Intelligence Committee Ranking Member Rep. Devin Nunes told Fox News that the investigation into the Trump campaign “was corrupt from the beginning.”

“The FBI omitted evidence they were required to provide to the FISA court and provided false information to them,” Nunes stated. “We’ve got a good idea of what happened now, and accountability needs to be the next step.”

Attorney General William Barr called the investigation of Trump’s campaign “one of the greatest travesties in American history.” While to date only Trump’s supporters have been prosecuted, Barr went on to say, “There is something far more troubling here, and we’re going to get to the bottom of it. And if people broke the law, and we can establish that with the evidence, they will be prosecuted.” 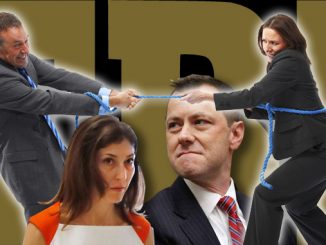 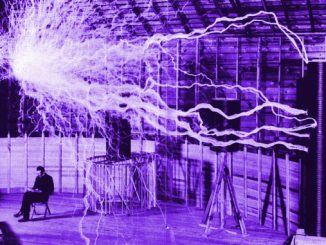 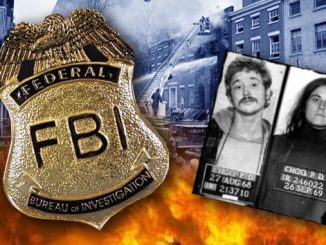 Terror Group Was Infiltrated by FBI