The Victoria Advocate ran a front-page “debate” over whether or not Texas should allow images of the Confederate battle flag on its license plates. A poll was taken, and many people called in, 69% in favor of allowing it, 31% against. The two columns, pro and con, both reflected ignorance about our history. Even the pro side was apologetic about the war being about slavery. Ignorance abounds.

The war of 1861-65 was not about slavery at all, but about economic imposition upon the Southern states by the money/business dominated government in Washington, D.C. The real reason for that war was the fact that northern manufacturers, making clothing, farm implements, furniture, tools, etc., produced them for sale at a certain price—a high price, at that. Southern states had some, but not a lot, of industry, and were in need of those very products. It just so happened that the European nations of France, Spain, England, and the Dutch, were producing and selling those same basic needs for a much lower price than the Northern produced goods. As the South had a lower standard of living (income, production, wages) than the North, they eagerly imported those foreign goods at each Southern port for much cheaper prices—simply because they could afford to buy them at those prices. Northern businessmen and bankers put immediate pressure on the politicians in D.C. to make their “cash cow” (the Southern states) have to buy from the North. To do that, they passed tariffs (the last straw being the Morrill Tariff of 1861) to raise the price of those imported European goods, so that they would cost more than the Yankee goods. The Feds passed the tariff, of course, but the Southern states would ignore enforcing them at Southern ports (chiefly, Charleston, Savannah, New Orleans, and Galveston). So the Yankee dominated Congress—just as today, totally beholden to the Money Power—passed new laws, providing for federal officials (among them, military personnel) to set up federal stations in each Southern port to enforce and collect the tariffs—tariffs that would raise the price of those European goods above the prices of like goods produced in the Northern states. When even that did not produce the desired results, D.C. passed laws dictating that all foreign ships must first enter the ports of Boston and Philadelphia before proceeding to deliver any goods to the South, so that the tariffs could be applied at those locations. Faced with this economic strangulation, the South collectively decided that their own economic survival depended upon exercising their perfectly legal right to leave the Union, and set up their own nation, if you will. Secession was not something undertaken lightly. There were serious debates in each state about the pros and cons of leaving the Union and setting up their own association of states—a confederacy. The plusses for such a step far outweighed the negatives, and the Southern states assured the Northern ones that in the event of any national emergency in the form of a threat from the outside, the Confederate states would immediately join forces with their Northern sisters in defense of the homeland. If you think that this was the first instance of secession by states, I suggest you study the War of 1812, when more than one northern state threatened secession and actually sat out that war rather than send forces to help their sister states fight the British. Rather strange that not one voice was raised at that time about secession being “illegal!” In actuality, it was not questioned at all as to its legality.

This moderate and fair stance threw the bankers and capitalists into a tizzy. European nations, very anti-slavery, in their editorials and public pronouncements, took a pro-South stance, stating that the Southern states had the more legitimate cause in the “family quarrel.” Those foreign nations would never have done that if the war had been about the issue of slavery. Those “outsiders” had a much clearer view of the real issues, unlike Americans today, despite the passage of time.

Southern states exercised their rights and dismissed the federal tariff-collectors from their ports. The Yankee garrison at the port of Charleston on the island and behind the walls of Fort Sumter were among the last federal presence. President Abraham Lincoln saw that the last chance of appeasing or serving the 1860s version of the “military-industrial complex” lay in making that fort the cause for war. Thus rather than ordering the abandonment of that federal presence within the territorial jurisdiction of the southern state of South Carolina, he sent reinforcements by sea to the isolated garrison—knowing that such an action would in all likelihood provoke a military response. Southern officials learned of the impending reinforcement—no doubt given the information by those trying to provoke war—and thus began the bombardment of Fort Sumter. The Yankee forces surrendered before the reinforcements (bringing much-needed food and ammunition) could arrive. Interestingly, not one Yankee soldier was killed in that bombardment; thus it is likely that a peaceful resolution could have been reached even after the surrender of Fort Sumter. But those influencing Lincoln could not allow a peaceful resolution. They had to have their tariffs enforced, their beholden cash cow back in line and buying Yankee goods. Thus Lincoln’s plan to provoke combat, and to be able to blame it on South Carolina, worked like a charm. “They fired the first shot” was the echoing cry, which carried with it the obvious implication that “the South is guilty, they brought this on themselves.”

The historical record shows that even Lincoln declared that the war was not about slavery (check out his speeches at that time!)—at least in the first two years of that war—two years that were won overwhelmingly by Southern fighting men. With sagging morale and rapidly deteriorating support from northern citizens grown sick of their sons coming home in body bags, a moral issue was needed. Editorials in those few Yankee papers that were still free of government control were using expressions like “let our Southern sisters go their own way; the death and destruction must stop!” Those promoting that war upon the South then decided to take up the radical abolitionist crusade, and use the issue of slavery as the cause for which they were fighting. The ploy, though nothing more than a political ruse, worked. Even European newspapers began backing the North, as they too were caught up in Lincoln’s seemingly “magnificent” Gettysburg Address. 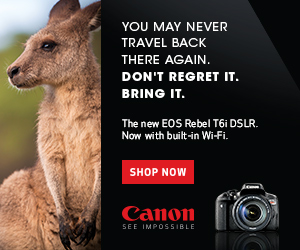 How does all this apply to the current disagreement about those Texas license plates honoring the Confederacy? It applies because of the false history that has been taught due to a political/social/racial agenda since the end of that war, and the following 12 years of horror in the period of military rule over Southern states known as “Reconstruction.” The winning side always writes the history, and unfortunately, that “history” is about as close to the truth as a Cinderella fairy-tale. The stupid argument that the Confederate battle flag is a symbol of “racism” is strictly a post-modern twist on falsified history. Slavery existed for four years under that banner as a legal institution; it existed for nearly 100 years under the Yankee stars and stripes. And even the term “civil war” as applied to that fratricidal conflict is a total misnomer. A civil war takes place when there are two (or more) factions trying to take over the central government. This was never the case in the war between North and South. The South had no interest in taking over D.C.; those states wanted to co-exist in peace. When the fighting started, Southern states were fighting a defensive war against Yankee troops invading their homelands! When one considers that most Southern boys fighting for their states were dirt-poor and had nothing to gain by upholding slavery—an institution that even helped perpetuate poverty among Southern whites—it does not make sense that they would leave their homes, march from Texas or Florida or anywhere to suffer the most unimaginable horrors to fight to the death to preserve the institution of slavery. But does it make sense that they would rally for four years to fight an invader threatening their homes and way of life? Absolutely! Rarely if ever is it mentioned that blacks and Indians in substantial numbers fought on the Southern side. The false image of North equals good guys, South equals evil, must be preserved, to justify the carnage and evil visited upon Southern people, particularly civilians, by occupying Yankee forces. Only 4.8% of all Southerners owned any slaves. That means, of course, that a little over 95% did not, and thus had no investment whatsoever in the institution of slavery. That being the case, it is only logical to conclude that the non-slave folks would never leave home to fight to the death over slavery. And one must not forget that the war ruined the Republic by swinging the balance of power between the states and the federal government heavily to Washington, D.C. The states, in essence, lost the sovereignty inherent in the Constitution, and have been dictated to by D.C. since.

The “hurt feelings” and racist attitudes of those against honoring the Confederate battle flag and the actions of disgusting wimp politicians like Rick Perry and so many like him are the result of being taught decades of false history. This issue—pretty small, actually, in the overall grand scheme of things—does illustrate the very negative effects of teaching false history to a gullible, trusting, and accepting populace. Once the “fly” has been introduced into the ointment, especially in today’s phony politically-correct and historically blind populace, the poisoning of the minds and pushing of guilt is extremely difficult to straighten. Our only solace is in the belief that the pendulum does not swing the same way all the time, and that the truth will eventually come out.

8 Comments on Politically Incorrect, But True: Letter to the Editor That Was Not Printed