A lawsuit brought by the ACLU  in Memphis alleges cops set up fake accounts to spy on both left and right. This is far from the first time the Memphis PD has been caught spying on citizen activists and not the first time the ACLU has filed suit against the department.

On his Facebook page, “Bob Smith” described himself as a “Protestant, anarchist, protester, and activist from Fayette County” who was “left of Bernie.” His “likes” included “Bernie Sanders, the Southern Poverty Law Center, I Love Being Black, and Red & Black Anarchists 2.”

Documents released by the City of Memphis in response to an ACLU lawsuit show that its police department has been systematically using fake social media profiles to surveil activists and that it has kept dossiers and detailed PowerPoint presentations on dozens of Memphis-area activists along with lists of  their known associates.

It turns out that “Bob Smith” was a Memphis PD Facebook trap that began friending left-leaning activists as early as August 2015, according to a report by “The Appeal,” which had obtained screenshots of conversations from activists who had interacted with the “Bob Smith” Facebook account. The profile was used to gain their trust and acquire information about local organizing efforts.

One activist who received a friend request from “Smith” identified himself as Tim Ryan from Fayette County. Two months later he was charged with “criminal trespass” at a Black Lives Matter meeting where the undercover agent provocateurs who, as “Bob Smith,” had encouraged him to attend the event, were waiting for him.

Another local activist who had been in regular communication with “Bob Smith” was Keedran Franklin, organizer of the Memphis Coalition of Concerned Citizens and Memphis Black Lives Matter. He began to suspect “Smith” when he realized that, at local demonstrations he had discussed online with “Smith,” he was “the first person to be arrested,” according to his attorney, Scott Kramer. Attorney Kramer is also claiming that his client is being harassed by Memphis PD officers who are “sitting outside his office in unmarked cars waiting for him to leave.” Kramer also claims that “officers, who Franklin has never met, come up to him in public places and address him by name, ‘just to let him know’ that they [the officers] all know who he is.”

The lawsuit between the ACLU and the Memphis Police Department has also revealed that the largest Black Lives Matter page on Facebook actually belongs to a white, middle-aged man in Australia.

While the ACLU is only pursuing the police department’s spying on left-leaning activists and groups, evidence has also surfaced that the police have used the same strategies to surveil over 30 community organizations including a local university’s student union, Food Truck Sunday, the National Council of Churches, faith-based groups like Pilgrim Rest Baptist Church, a number of local businesses including FedEx, the region’s largest employer, the county school district, the Ku Klux Klan, and the Council of Conservative Citizens.

This is not the first time that the Memphis Police have been caught spying on citizen activists. Their ongoing history of doing so goes back to the 1960s when the city was caught spying on Vietnam War protesters, city sanitation workers, the civil rights movement, and the personal activities of several associates of Dr. Martin Luther King. By 1976, the city’s “Domestic Intelligence Gathering Unit,” established by Mayor Henry Loeb III, had amassed a budget of more than $1 million a year (over $4 million today). That same year, University of Memphis student Eric Carter, who was active in anti-war organizing, discovered that his roommate was actually an undercover Memphis PD officer collecting information on his activities. A lawsuit by the ACLU against the City of Memphis followed, which resulted in a 1978 judgment against the city.

Memphis entered a consent decree in 1978 when it was revealed that cops had secretly created an entire division dedicated to surveilling citizens who hadn’t committed any crimes and then attempted to destroy the evidence of their surveillance at a city-owned incinerator. At the conclusion of that matter, the court ordered the city to refrain from surveilling or spying on citizens with relation to their political beliefs. It read in part: “The City of Memphis shall not, at any lawful meeting or demonstration, for the purpose of chilling the exercise of First Amendment rights or for the purpose of maintaining a record, record the name of or photograph any person in attendance.”

Now, 40 years later, the court has determined that the city’s current social media and Internetbased undercover operation, including creating fake social media accounts to find the friends and associates of political activists, violates the 1978 agreement against spying on protesters. U.S. District Judge Joe McCalla issued a 35-page order in which he said the city resumed spying after cops witnessed protests in other states and when Black Lives Matter began staging demonstrations to remove Confederate statues in Memphis. This spying, according to McCalla, violates at least part of the 1978 consent decree, specifically the part that barred the gathering of political intelligence. The trial began Aug. 20, and it will determine how many provisions of the decree have been violated by the city and what the appropriate punishment should be.

The city argues that their Internet-based surveillance techniques are not bound by the 1978 consent decree and that the ACLU and McCalla’s interpretation is “out of step” with the realities of modern policing. Memphis PD spokesperson Bruce McMullen said they were “not aware” of officers waiting outside of Franklin’s office and that “the consent decree was drafted before the Internet—before smartphones, body cameras, or any type of digital cameras. . . . MPD’s observance of posts made on social media is consistent with best practices of law enforcement agencies across the country and is nothing more than good police work.”

Memphis PD may call it “good police work”; this writer calls it an ever-growing and increasingly brazen police state. 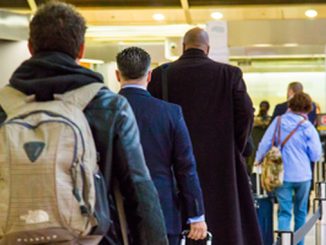 Why Can’t We Sue the TSA for Assault?