A particularly disturbing case coming out of the Garden State highlights the absolute necessity for every American citizen to explicitly know their God-given rights enshrined in the United States Declaration of Independence, Constitution, and Bill of Rights, as well as their state constitution. If the New Jersey parents who were confronted by an aggressive and rude child services employee had known their rights, they never would have been subjected to the police state tactics employed by the state worker and would have been confident standing their ground refusing her entry.

Since the vast majority of Americans are almost completely unaware of their rights and are shirking their civic duty to know them, as implored by the Founding Fathers, the country as a whole is in for a rude awakening, as these rights most of us have taken for granted our whole lives are at risk of disappearing. If you don’t think what happened to these average Americans can happen to you, you better think again. 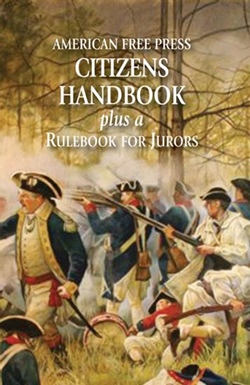 What began with an anonymous tip about “improper homeschooling” by a juvenile acquaintance of their son, turned into an almost surreal violation of rights for a hard-working, honest American family only looking out for the best interests of their children.

Tucked away in northwestern New Jersey along the Delaware River, Belvidere , with a population of 2,681 of mostly white (96%) registered Republicans (36%) is a typical town in that part of the state, with colonial buildings still standing from the time of the founding of this once great nation.

On January 13, 2015, Christopher Zimmer, Sr., his wife Nicole and their 15-year-old son Christopher Zimmer, Jr. “were together peacefully at their home,” when a child protective services worker with N.J’s Division of Child Protection and Permanency (DCP&P), Michelle T. Marchese, appeared at the front door of their home, unannounced, demanding to be let inside. In fact, the state worker said “that she categorically had to come into the Zimmer family home ‘Now!’” When asked why she felt she felt she could enter the home, she claimed she was there to investigate Christopher Zimmer, Jr.’s homeschooling.

Although Christopher, Sr. told her “she did not have his consent to enter the home,” since there was no reason to suspect that Christopher, Jr. “had been abused or was in imminent danger of abuse” by his parents, Ms. Marchese interrupted him and claimed “that she was not allowed into his home by emphatically asserting that he had to let her in ‘right now’ and he ‘could not refuse’ her entry.”

Christopher, Sr. asked her to wait in her vehicle while he called the police asking their advice on whether or not the state worker had a right to enter. The police arrived at the home and allowed Ms. Marchese “to continue to threaten and investigate the Zimmers without a warrant or probable cause.” If this family knew their rights that our Founding Fathers fought, bled and died for to hand down to us, they would have known there was no reason to call the police, who are law enforcers, not law scholars.

On the incorrect advice of the police, the Zimmers let Ms. Marchese in, where she sat down at their table with all three present, and started to interrogate Nicole on Christopher, Jr.’s homeschooling and whether or not “she had any written records concerning tests, grades, attendance and form of curriculum.” Mrs. Zimmer explained “she was not required to maintain written records under New Jersey Law,” which is in fact the case.

She then switched tactics and asked Christopher, Jr. “what he wanted to be when he grew-up” (a Marine scout sniper), “whether he liked to play the video game ‘Call of Duty,’” asked Mrs. Zimmer if her son “was up to date with his vaccines,” and asked Mr. Zimmer “whether there were weapons in the house.”

An avid hunter, Mr. Zimmer told Ms. Marchese that he had firearms in a gun safe and she “demanded to see the firearms,” as well as where their son’s bedroom was. Zimmer then took her to the room where the firearms are stored in the safe. She then “instructed Mr. Zimmer to open the gun safe, and show her the guns,” and “to pull out a gun and show it to her so she could see it better.”

The case worker soon left, but not before asking Zimmer if his son had suicidal tendencies.

The Zimmers have secured the services of an attorney as they suspected their rights were violated.

AMERICAN FREE PRESS will follow the progress of the lawsuit and report back with any significant developments.

3 Comments on N.J. Child Services Case Highlights Why Every Citizen Needs to Know Their Rights