The former spy chief ignored Assange’s allegations and instead pushed his own conspiracy theory.

Seth Rich was murdered on July 10, 2016, almost exactly three years ago. It’s a mystifying murder investigation, a case that remains unsolved. Rich was killed by a gunshot wound to the torso, according to the medical examiner. Rich’s mother specified that it was “two shots to the back.”

The 27-year-old computer applications developer for the Democratic National Committee (DNC) remained alive for 90 minutes after the shooting. Rich’s brother described him as being “very aware, very talkative” to police during that time. Yet the D.C. Metro Police have released very little information on the Rich murder, never disclosing whether Rich described his murderer(s). Weeks later, police assured the nation, “There is no indication that Seth Rich’s death is connected to his employment at the DNC.” Robert Mueller’s investigation did nothing to seek further information and served only to nix any theories that the Rich murder coincided with any part of a DNC inside job.

Early in the investigation, the police verified that robbery was not the motive of the killing, as nothing was missing from Rich’s personal belongings, including his wallet, money, credit cards, and expensive watch. There is no evidence to disprove, however, that the murder was related to his position within the DNC and, more specifically, to the leaked DNC emails published by WikiLeaks on July 22, 2016. The proximity of the murder date to the publishing date hardly seems coincidental. Yet, since those same DNC email leaks were such a major plot point of Mueller’s investigation, a thorough investigation conducted under the auspices of the extended powers of a special prosecutor’s office could have produced alarming results had that investigation happened. It didn’t.

“Robert Mueller is dead certain that the murder had nothing to do with the emails,” wrote journalist Daniel Lazare, “just as he was dead certain in 2003 that Iraq was bristling with weapons of mass destruction ‘pos[ing] a clear threat to our national security.’ ”

The Mueller report states: “Beginning in the summer of 2016, Assange and WikiLeaks made a number of statements about Seth Rich, a former DNC staff member who was killed in July 2016. The statements about Rich implied falsely that he had been the source of the stolen DNC emails. On Aug. 9, 2016, the @WikiLeaks Twitter account posted: ‘ANNOUNCE: WikiLeaks has decided to issue a US$20k reward for information leading to conviction for the murder of DNC staffer Seth Rich.’ ”

In August 2016, Assange went on to make at least two more thinly veiled references to Rich as the leaker of the DNC emails.

Mueller stands by his own conspiracy theory, best described on news analysis website Vox.com by Jane Coaston. “The evidence showed that WikiLeaks got the DNC emails and Podesta’s internal documents from Russian hackers,” Coaston wrote, “but WikiLeaks and Assange repeatedly lied on national television and implied Rich was involved.”

The questionable evidence to which Coaston alludes is simply that, as quoted in the Mueller report, “The U.S. intelligence community publicly announced its assessment that Russia was behind the hacking operation.” That announcement also came at a time when the intelligence communities were actively working against President Donald Trump to force compliance with their history, methods, and agendas.

Assange has continuously said that his source was not the Russians. He has also repeated that the source wasn’t perpetrating a “hack” at all. It was a leak, not a hack, Assange has asserted.

Websites like “Vox” and newspapers like The New York Times have declared the “Rich conspiracies” to be dead horses, gloating with headlines such as “The Seth Rich Conspiracy Theory Needs to End Now” and “Mueller Report Says WikiLeaks Pushed Seth Rich Conspiracies.” The hard evidence, however, convicts Mueller’s lack of interest and investigative skills rather than Assange’s honesty.

The left-leaning journalist Lazare summed up the case. “So, the idea of a hack makes less and less sense and an inside leak seems more and more plausible, which is why questions about the Rich case will not go away.”

When you concede that Assange’s insinuations about Rich as the leaker were true and Mueller’s lack of an investigation is damning, we must consider why Mueller went out of his way to prop up the Russian conspiracy theory.

Kim Dotcom, the billionaire founder of the once-popular filesharing website “MegaUpload,” has claimed an instrumental role in linking Rich to WikiLeaks. He explained the gist of Rich’s motivations and demise in a Jan. 25 tweet: “Mueller isn’t interested in the truth. The truth is a DNC insider opened the door to DNC data because he witnessed the corruption against Bernie Sanders and wanted to do something. He paid with his life.” 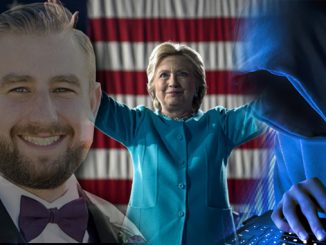 The Federal Government Is Still Lying About Seth Rich