Since President Barack Hussein Obama took office in 2008, he has taken every opportunity to politicize mass shootings, often times using highly inflammatory language, in order to advance new gun control legislation. In that same timeframe, the number of gun massacres that have allegedly taken place on American soil has skyrocketed, from an average of three per year in 1966 compared to about 16 in the first six months of 2016. That translates into 200 people, who have become victims of gun violence only halfway through 2016—all under Obama’s watch. 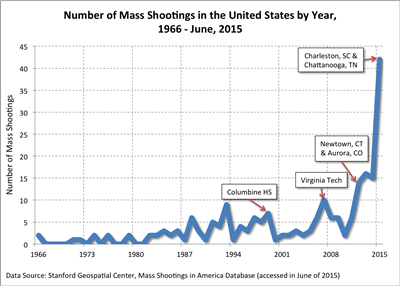 As a sign of the huge disconnect that seems to have developed between the president and the American public, Obama has apparently forgotten all the fiery rhetoric he has used from his bully pulpit since taking office—highly provocative words that many say have been encouraging racial violence, which has spurred sick individuals to murder law enforcement officers.

Ironically, on July 17, Obama lectured the country “to tamp down inflammatory words,” in light of the killing of three police officers in Baton Rouge, Lousiana.

“We don’t need inflammatory rhetoric,” crowed Obama, who has been responsible for so much of the racial violence meted out by blacks against whites. “We don’t need careless accusations thrown around to score political points or to advance an agenda. We need to temper our words and open our hearts . . . all of us.”

Besides using these horrific events to further his political aims, the sheer number of shootings on his watch have perhaps dulled him to their seriousness and seem to have affected his public demeanor when discussing them.

While delivering a brief update to the White House Press Corps about the July 22 mass shooting in Munich, where 10 people, including the perpetrator, were killed and 35 injured while enjoying lunch at McDonald’s, Obama started cracking jokes and smirking about his daughter leaving for college.

After the scripted “our hearts go out to those who may have been injured,” Obama segued to a different aspect of the shooting and then to his daughter.

“Our way of life, our freedoms, our ability to go about our business every day, raising our kids and seeing them grow up and graduate from high school, and now about to leave their dad,” he said, smirking, while the sycophantic “journalists” erupted in laughter.

The soon-to-be-private citizen caught his gaffe and delivered his next line in comedic fashion.

If these mass shootings have unfolded the way the corporate-controlled mass media want us all to believe, this is certainly not a matter that should be taken lightly, especially by the ostensible “leader of the free world” while the cameras are rolling.

It is also ironic that Obama, who maintains the dubious distinction of acquiring the title of “the mass shooting president,” has done more for publicly traded shares of gun companies than any other president in U.S. history. In fact, since Obama was elected in early November of 2008, the stock price of the Springfield, Massachusetts based Smith & Wesson has skyrocketed almost 800%, outpacing even the technology darlings Apple and Google, which have soared 600% and 300% respectively.

According to a January 28, 2016 study entitled “Public Mass Shooters and Firearms: A Cross-National Study of 171 Countries,” that used the Federal Bureau of Investigation (FBI) definition of mass shooting (four or more wounded or killed), from 1966 to 2012, around one-third of the world’s mass shootings occurred in the U.S.

The study reviewed 292 incidents, 90 of which happened in America. As CNN pointed out last month, “Put another way: While the U.S. has 5% of the world’s population, it had 31% of all public mass shootings.”

Although there are several ways to define a “mass killing” (federal statutes say three or more deaths, FBI says four or more deaths, and congressional reports exclude gang-related or domestic incidents and focus on “gunmen who select victims indiscriminately”), there appears to be little doubt that mass shootings have become a commonplace event while Obama has been perched in the Oval Office.

And although Americans own more guns than the citizens of any other country (around 270 million guns in 2007), almost all legal gun owners are responsible citizens, some even saving the lives of total strangers during mass shooting events.

Many Americans, it seems, will breathe a collective sigh of relief when the current resident of 1600 Pennsylvania Avenue packs his bags for good, and will be perhaps even more elated if a “law and order” president is there to escort him out.