A seemingly coordinated national and local media campaign is seeking to divide America as basic civil liberties and freedoms continue to be discarded, ignored, and outright violated by state and local governments in response to the so-called Covid-19 pandemic.

Local, regional, and national media outlets have increasingly been focusing on the alleged “racial disparity” of Covid-19 patients, with an emphasis that poorer minority populations tend to be suffering from the virus than more affluent whites. Minority leaders have called for more funding for health services for minority communities while left-wing media outlets have sought to divide the nation during this time of crisis.

The dishonest media campaign has been promoted particularly by far-left media outlets, such as MSNBC and CNN, who have long railed against so-called white supremacy and racism. While the anti-American left-wing media attempts to once again instigate racial tension in the U.S., the government’s tyrannical response to the Covid-19 pandemic is becoming increasingly unpopular among Americans of all racial backgrounds and political stripes.

Most parts of the U.S. have enacted “shelter-in-place” orders, essentially locking down entire sections of the country, as a way to “flatten the curve” and stop the spread of the virus, despite the obvious constitutional and legal problems involved with such an order. “Non-essential” businesses have been forced to close down while average citizens are encouraged to stay at home. Parks, beaches, trails, playgrounds, and other public spaces have been entirely or partially closed, and many localities are enforcing “social distancing” policies and encouraging or requiring citizens to wear face masks. At the elite level, there are increasing calls for more surveillance and tracking of average citizens and talk of forced vaccinations in order to fully “reopen” the economy. Meanwhile, millions of American workers have either lost their job, been laid off, or been furloughed as a result of the shutting down of society.

The power grab on display by all levels of government is perhaps unprecedented in American history and has largely happened without critical media coverage or legal challenges. In recent weeks, however, U.S. citizens across the country have organized protests at various state capitols and other public spaces in order to voice their opposition to the totalitarian measures being implemented by governments.

A large protest took place recently in Lansing, Mich. at the state capitol building with more set to follow, as increasingly frustrated and laid off workers voice their opposition to the state’s stay-at-home orders. In California, residents of multiple beach cities and neighborhoods have taken to the streets to protest the closing of beaches and other public spaces, while other activists across the country are organizing online to schedule future protests. In Denver, the capital of Colorado, protesters took to the streets recently to demand that the governor reopen the state’s economy.

All Americans should be uniting with concern and indignation over the very real threats the government’s response to the Covid-19 pandemic has placed upon the very principles enshrined in the U.S. Constitution. Rather than being divided along racial and political lines, Americans should be coalescing and working together to expose and challenge the tyrannical overreach on display across the country. 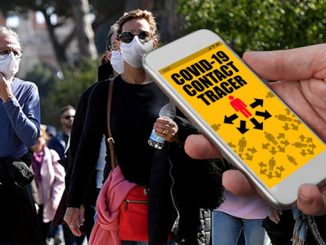 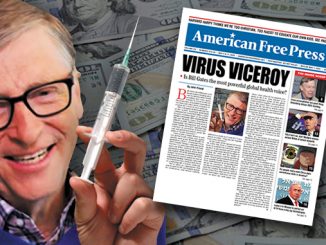