A conservative video journalist and blogger, who drew his legal handgun to scare off a rampaging crowd during a recent protest in Portland, has been convicted of felony charges.

A recent court decision involving a political activist’s attendance at a Black Lives Matter (BLM) protest last summer demonstrates just how tyrannical America has become in an era of political correctness, hostility toward the Second Amendment, and a glorification of minorities and leftist activists.

In Portland, Ore., Michael Strickland, a 37-yearold conservative blogger, journalist, and activist who maintains the popular YouTube channel “LaughingAtLiberals,” was recently found guilty of 21 felony and misdemeanor charges stemming from his presence at a BLM protest in early July of last year. 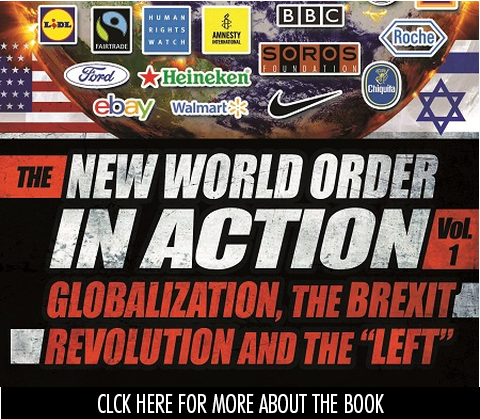 Strickland, known for his coverage of radical leftist events, was filming a BLM protest in downtown Portland on the evening of July 7 when he was confronted by a large group of hostile BLM protesters, some of whom were masked, armed with flag poles, and making threats against Strickland while advancing toward the citizen-journalist.

It must be noted that radical leftist protesters, often masked, violently assaulted their political opponents—and even innocent bystanders—repeatedly throughout the 2016 election season, causing personal injury and private property damage on numerous occasions. Additionally, BLM protests often devolve into riots, where violence, looting, and destruction take place on a massive scale.

Fearing for his safety and being completely outnumbered, Strickland briefly drew his Glock semiautomatic handgun to ward off the hostile crowd that was hounding him. Amateur video footage of the protest and confrontation shows Strickland retreating while being pursued by a group of BLM protesters before eventually brandishing his firearm, for which he had a legal concealed carry permit, only to quickly reholster his weapon after the situation was de-escalated and the crowd backed off.

“What happened was there were about 10 or 12 people that surrounded me,” Strickland explained at the time. “They started pushing and shoving me. They were using their flag staffs as weapons. I’m backing up, they kept coming toward me. . . . That’s why I drew. . . . I was outnumbered, they were pushing and shoving me. . . . I feared for my life, because I was outnumbered, and they had weapons.”

Shortly after the confrontation, a SWAT team arrived and Strickland was apprehended and taken into custody, charged with menacing and disorderly conduct.

At Strickland’s recent trial, Judge Thomas Ryan found the conservative activist guilty of 10 counts of unlawful use of a weapon, 10 counts of menacing, and one count of second-degree disorderly conduct for brandishing his legally concealed firearm at protesters that fateful evening.

While Strickland argued he was acting in self-defense, prosecutors contended he did not have a legitimate fear of being in imminent danger or of being physically hurt.

Strickland is scheduled to be sentenced in May.

The reaction to Strickland’s conviction from Second Amendment and free speech activists has been justifiable outrage.

“Given all the violence that we’ve seen at Black Lives Matter and other leftist demonstrations, Strickland clearly had cause to fear for his life,” Chris Cantwell, a leading libertarian and gun rights activist, writer, and host of “The Radical Agenda,” a popular podcast, recently explained to AFP in an email exchange.

“He displayed his weapon in its holster and warned the demonstrators as he walked backward, and they continued to pursue him as he retreated, so he pulled out his gun and pointed it at his assailants without firing a shot. He showed extraordinary restraint, and if the self defense laws of Portland, Ore. do not allow for this kind of measured defensive posturing, then they will certainly—and almost certainly already have—gotten people killed. If a gun owner has to wait until his assailants are on top of him to draw his weapon, then at that point he has little choice but to fire. George Zimmerman comes to mind. Strickland may have saved a lot of lives that day, not least of all his own.”

This is a clear-cut case of “self-defense, so compelling that the nation needs to see and hear it, yet it is blatantly and intentionally neglected by the ‘dominant’ and failing ‘mainstream media,’” Walters recently wrote.

After reviewing the footage of the confrontation, an objective viewer would have to find Strickland’s actions were entirely justifiable given the circumstances in which he was operating.

As readers of this newspaper know all too well, BLM protests are often violent, and those viewed as hostile or unsympathetic to the movement are regularly targeted by radical leftist activists. Strickland was one such example.

Cantwell believes Strickland should be praised, not condemned, for his actions that day. “He shouldn’t just be set free; he should be praised for his courage and his restraint,” Cantwell told AFP.

32 Comments on Convicted for Self Defense Against BLM Thugs