Even Paul Craig Roberts can only shake his head in frustration, wondering why the U.S. increases, rather than decreases, tension with Russia—especially given continuing insistence by U.S. “leadership” and mainstream press that Russia interfered in the election, despite an utter lack of evidence.

Unlike Oliver Stone, who knew how to interview Vladimir Putin, Megyn Kelly did not. Thus, she made a fool of herself, which is par for her course.

Now the entire Western media has joined Megyn in foolishness, or so it appears from a RT report. James O’Keefe has senior CNN producer John Bonifield on video telling O’Keefe that CNN’s anti-Russia reporting is purely for ratings: “It’s mostly bullshit right now. Like, we don’t have any big giant proof.” CNN’s Bonifield is reported to go on to say that “our CIA is doing shit all the time, we’re out there trying to manipulate governments.”

And, of course, the American people, the European peoples, and the US and European governments are being conditioned by the “Russia did it” storyline to distrust Russia and to accept whatever dangerous and irresponsible policy toward Russia that Washington comes up with next.

Is the anti-Russian propaganda driven by ratings, as Bonifield is reported to claim, or are ratings the neoconservatives and military/security complex’s cover for media disinformation that increases tensions between the superpowers and prepares the ground for nuclear war?

RT acknowledges that the entire story could be just another piece of false news, which is all that the Western media is known for.

Nevertheless, what we do know is that the fake news reporting pertains to Russia’s alleged interference in the U.S. presidential election. Allegedly, Trump was elected by Putin’s interference in the election. This claim is absurd, but if you are Megyn Kelly you lack the IQ to see that. Instead, presstitutes turn a nonsense story into a real story despite the absence of any evidence.

Who actually interfered in the U.S. presidential election, Putin or the presstitutes themselves? The answer is clear and obvious. It was the presstitutes, who were out to get Trump from day one of the presidential campaign. It is CIA director John Brennan, who did everything in his power to brand Trump some sort of Russian agent. It is FBI director Comey who did likewise by continuing to “investigate” what he knew was a non-event. We now have a former FBI director playing the role of special prosecutor investigating Trump for “obstruction of justice” when there is no evidence of a crime to be obstructed! What we are witnessing is the ongoing interference in the presidential election, an interference that not only makes a mockery of democracy but also of the rule of law.

The presstitutes not only interfered in the presidential election; they are now interfering with democracy itself. They are seeking to overturn the people’s choice by discrediting the president of the United States and those who elected him. The Democratic Party is a part of this attack on American democracy. It is the DNC that insists that a Putin/Trump conspiracy stole the presidency from Hillary. The Democrats’ position is that it is too risky to permit the American people—the “deplorables”— to vote. The Democratic Party’s line is that if you let Americans vote, they will elect a Putin stooge and America will be ruled by Russia.

Many wonder why Trump doesn’t use the power of the office of the presidency to indict the hit squad that is out to get him. There is no doubt that a jury of deplorables would indict Brennan, Comey, Megyn Kelly, and the rest. On the other hand, perhaps Trump’s view is that the Republican Party cannot afford to go down with him, and, therefore, as he is politically protected by the Republican majority, the best strategy is to let the Democrats and the presstitutes destroy themselves in the eyes of flyover America.

What our survival as Americans depends on is the Russians’ view of this conflict between a U.S. president who intended to reduce the tensions between the nuclear powers and those determined to increase the tensions. The Russian high command has already announced its conclusion that Washington is preparing a surprise nuclear attack on Russia. It is not possible to imagine a more dangerous conclusion. So far, no one in Washington or any Western government has made an effort to reassure Russia that no such attack is being prepared. Instead, the calls are for more punishment of Russia and more tension.

This most extraordinary of failures demonstrates the complete separation of the West from reality.

It is difficult to imagine a more extreme danger than for the insouciant West to convince Russia that the West is incapable of rational behavior. But that is precisely what the West is doing. 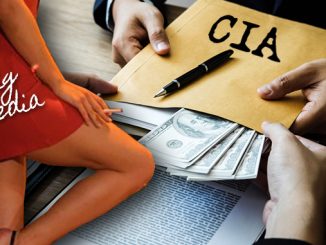 Yes: Reporters Are Bought and Paid for

1 Comment on It Is the Presstitutes, Not Russia, Who Interfered in the US Presidential Election