Bloodthirsty Saudi leader Mohammad bin Salman matches Israel for arrogance and disregard for life, as his regime kills 25 Iranians and Israel kills 15 Russians. Both blame everyone but themselves.

In the second half of September 2018, two closely allied Middle Eastern nations—Israel and Saudi Arabia—committed thinly veiled mass slaughters . . . and dug their own graves.

On Sept. 17, Israel, through reckless negligence or worse, knocked a Russian Il-20 out of the sky. Violating their “advance notification” agreement with Russia, Israeli F-16s attacked Syria, drew anti-aircraft fire while scurrying to hide behind the unsuspecting Il-20, then escaped unscathed as 15 Russians met their deaths.

The following week, 25 people were killed and more than 60 wounded in a terrorist attack in Ahvaz, Iran. Foreign Minister Javad Zarif blamed the carnage on “a foreign regime backed by the United States.” He was referring to Saudi Arabia, a close Israeli ally.

Both Israel and Saudi Arabia arrogantly refused to accept responsibility for their bloodthirsty acts. Israel blamed its murder of 15 Russians on Syria’s air defenses. Putin called Israel’s bluff by saying: Okay, you’re right. Syria needs better air defenses, so we’re going to sell them our S-300 system and deny you the ability to continue to operate in Syrian airspace.

Saudi Arabia likewise disavowed responsibility for the terror attack on Ahvaz. This is the same Saudi Arabia whose absolute dictator, Mohammad bin Salman, threatened last year to “take the fight inside Iran,” meaning increase its sponsorship of terror groups like those that carried out the Ahvaz massacre.

The arrogant, murderous liars in Tel Aviv and Riyadh will be getting their comeuppance. Israel is facing strategic disaster thanks to its idiotic murder of the 15 Russian airmen and its even more idiotic refusal to apologize. As Russia installs its S-300 system in Syria, Israel will no longer be able to strike at Hezbollah and Iranian forces in that beleaguered nation.

Today, Hezbollah is already armed with a missile force orders of magnitude beyond what it defeated Israel with in 2006. Hezbollah’s missiles are increasing in quantity (around 130,000) and quality (bigger payload, accuracy, and ability to evade air defenses). They may already be capable of leveling Tel Aviv and the Dimona nuclear facility. 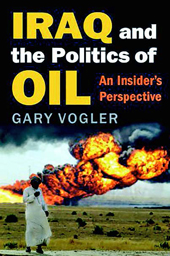 By alienating Russia and giving Hezbollah and Iran free rein in Syria, Israel has shot itself in the foot. All the Zionists had to do was feign sincerity and apologize profusely for causing the deaths of the 15 Russians. Putin would have accepted the apology and taken relatively mild retaliatory measures. But the arrogant Zionists simply cannot accept moral responsibility for their actions—ever. Everything they do, every crime they commit, always has to somehow be somebody else’s fault.

The Saudis are as arrogant as the Zionists and even more inept. The megalomaniacal bin Salman is madly abusing key sectors of Saudi society. He has kidnapped, tortured, and robbed his billionaire cousins. He has imprisoned, brutalized, or bullied much of the Saudi religious establishment. He has also imprisoned and abused the female activists who won Saudi women the right to drive. The crown prince has even planned the beheadings of peaceful activist women. When Canada’s foreign ministry protested, bin Salman’s spokesmen threatened to hit Canada with a 9/11-style attack.

It is one thing to threaten to send planes into Canadian skyscrapers. It is quite another to commit actual mass murders. But that is what the Saudis have done in Ahvaz.

Like the Israelis, the Saudis are going out of their way to make enemies—very angry enemies. Take Iran, a huge nation three times the size of Iraq with advanced homegrown technology, a formidable military, and a population including tens of millions who are eager to lay down their lives for their country if it comes under attack.

The Saudis have also made an arch-enemy of gas-rich, media-savvy Qatar. By blockading and plotting to invade and occupy Qatar—a plan that was blocked when Turkey quickly built a military base there—the Saudis suddenly had two enemies for the price of one.

Turkey, of course, has never thought highly of the British decision to break off the Arabian Peninsula from the Ottoman Empire and hand it to the Ibn Saud crime family, so an intensified Turkish dislike of “Saudi” Arabia could eventually have existential consequences for that artificial and malignant entity.

The Saudis even managed to alienate their handful of bought-and-paid-for Lebanese stooges when they briefly kidnapped Lebanese Prime  Minister Hariri. The kidnapping failed abysmally, like everything else bin Salman does.

And then there is the biggest debacle of all: the Saudi genocide of Yemen, an atrocity comparable to the slow-motion genocide of Palestine.

The Saudis, like the Israelis, are courting catastrophe. When it comes, they will blame everyone but themselves.

Kevin Barrett, Ph.D., is an Arabist-Islamologist scholar and one of America’s best-known critics of the War on Terror.His book, Truth Jihad: My Epic Struggle Against the 9/11 Big Lie, is on sale now at the AFP Online Store. From 1991 through 2006, Dr. Barrett taught at colleges and universities in San Francisco, Paris, and Wisconsin. In 2006, however, he was attacked by Republican state legislators who called for him to be fired from his job at the University of Wisconsin-Madison due to his political opinions. Since 2007, Dr. Barrett has been informally blacklisted from teaching in American colleges and universities. He currently works as a nonprofit organizer, public speaker, author, and talk radio host. He lives in rural western Wisconsin.