The idea of “paid protesters” is no longer some crazy conspiracy theory. A company that supplies “protesters for hire” has been sued for $23 million by a Czech businessman being harassed and defamed via an extortion campaign.

Once marginalized as a fringe conspiracy theory, the idea of paid protesters and “astroturfing”—artificially manufacturing ostensible grassroots support for a political agenda by concealing the sponsors and financiers of a political message or organization—are increasingly becoming a permanent fixture of the American political experience.

There are numerous private companies in operation in America today that will literally recruit and hire protesters to participate in a political protest, for example, or attend a political rally. One such company, Crowds on Demand, has brought this issue to the forefront after recently being sued by a wealthy Czech investor and businessman, Zdenek Bakala, for allegedly engaging in an extortion campaign at the behest of another rival Czech businessman.

Crowds on Demand, a public relations company based in Beverly Hills, California founded in October 2012 to “revolutionize the ‘people’ business,” specializes in recruiting and hiring paid protesters and other advocates to promote and advance political agendas.

“Are you looking to create a buzz anywhere in the United States?” the company’s website reads. “At Crowds on Demand, we provide our clients with protests, rallies, flash-mobs, paparazzi events, and other inventive PR stunts. These services are available across the country in every major U.S. city, every major U.S. metro area, and even most smaller cities as well.”

Crowds on Demand boasts that it can “provide everything including the people, the materials and even the ideas” for any given protest or publicity stunt and will help create a “strategic plan of action” for clients. In addition to manufacturing political stunts and rallies, Crowds on Demand also organizes celebrity and corporate events, according to its website.

Bakala’s recent lawsuit against Crowds on Demand, highlighted by an excellent and highly detailed investigative report published by The Sacramento Bee, alleges that the company was hired by Pavel Krupa, a rival Czech businessman and financier, to organize protests outside Bakala’s home in South Carolina. Bakala also alleges that Krupa and Crowds on Demand have worked together to organize a public relations campaign to have Bakala ousted from advisory boards of two prestigious organizations he has served with for years: the Aspen Institute and Dartmouth College. Bakala has further alleged that Krupa, working with Crowds on Demand, has demanded Bakala pay $23 million to end the smear campaign, which essentially amounts to extortion.

“Defendants are pursuing a campaign of harassment, defamation, and interference in the business affairs of Zdenek Bakala, which they have expressly vowed to expand unless he pays them millions of dollars,” Bakala’s lawyers state in their suit.

Crowds on Demand and its founder, Adam Swart, have declined to answer specific questions about their partnership with Krupa or their campaign being waged against Bakala. Swart, however, did call the claims made in Bakala’s lawsuit meritless.

“Not only will I vigorously defend myself against the allegations in the complaint, but I am also evaluating whether to bring my own claims against Mr. Bakala,” Swart told the Bee in a statement provided via email.

Edward Walker, a sociology professor at UCLA and author of the book Grassroots for Hire: Public Affairs Consultants in American Democracy, has studied extensively public relations firms like Crowds on Demand and the increasingly prominent role they are playing in American society.

“There are hundreds of lobbying firms and public affairs firms that do this work, though not all in the same way,” Walker told the Bee. “Some only do a little bit of this grass-roots-for-hire, but things adjacent to this are not uncommon.” 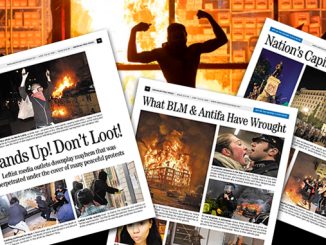 2020 Was Bad Year for American Freedom