The band of illegal immigrants entering the United States at the Southwestern border is being called a “propaganda ploy” designed to test U.S. resolve. How many of the “caravaners” are actually asylum-seekers from Central America?

The much-ballyhooed “caravan” of Central Americans, which recently arrived at the Mexico-California border in several buses seeking asylum, looks to be nothing more than a publicity stunt that has been artificially inflated in size and scope for purposes of political agitation.

“This is a provocation to get publicity and excite other migrants . . . so they can do the same thing,” Roger Ogden told AFP by phone May 1, after sharing his video footage and photographs with AFP. “It’s also done to make our government look weak and helpless.”

The retired naval engineer and videographer has been watching the caravan for over a month now from the U.S. border in southern California.

Ogden cited the well-publicized San Diego beach area where aging metal border fencing ends at the water’s edge. He said that “several hundred” people did gather there on the Mexican side around the time that the mainstream media announced the arrival of the so-called caravan. Mainstream and amateur video footage showed that the fence was breached—evidently by a combination of “caravaners” and migrants from nearby parts of Mexico. Some of the more agile among them were able to climb the fence to the other side.

For months now, the mainstream media has been claiming that a massive caravan of migrants from Central America have walked across Mexico to get to the U.S., claiming that many in the group were fleeing political persecution. Ogden, however, questioned the origins of the migrants.

“I don’t think that many of them were Central American refugees at all,” Ogden said. He emphasized that the “caravan” is political theater—a combination of nearby migrants and some from Central America co-mingling to advance a propaganda war.

He pointed out that protest signs and banners had been already prepared, as it would be cumbersome for scores of people traveling on foot, in buses, and even atop trains to drag along unwieldy signs all the way from Central America.

Ogden also pointed out that many of the arrivals were surprisingly well-groomed and cleanly dressed for supposedly having just endured the 2,000-mile journey from Central America to Tijuana to turn themselves in to customs in the U.S. and seek asylum.

Referring to a local Fox News report, Ogden noted: “It shows file footage of migrants [on top of] ‘the Beast’ train, but then shows fresh-looking women and children arriving in Tijuana on a comfortable chartered bus.”

A California spokesman for the group Fight Sanctuary State—whose Laotian wife got a green card and strictly followed U.S. citizenship-qualifying rules— told that same Fox News affiliate: “We support legal immigration, but if you want to come over and undermine our system and break our laws, you’re not welcome. They should have to prove their [need for] asylum, prior to getting to the border, and we shouldn’t let them in unless they’ve done that.”

The Department of Homeland Security announced: “DHS continues to monitor the remnants of the ‘caravan’ of individuals headed to our Southern border with the apparent intention of entering the U.S. illegally. A sovereign nation that cannot—or worse, chooses not—to defend its borders will soon cease to be a sovereign nation. The Trump administration is committed to enforcing our immigration laws—whether persons are part of this ‘caravan’ or not.” 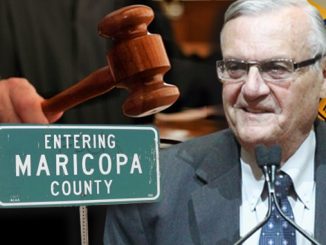 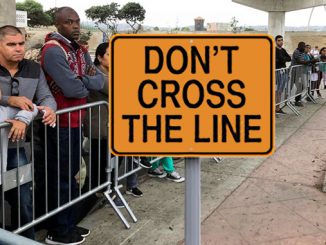 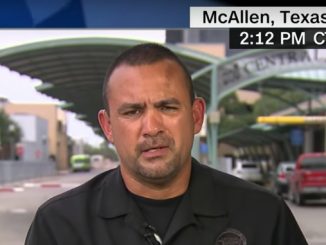