The recent version of Charles Dickens’s classic A Christmas Carol presented by FX reflects the dismal state of American culture in the age of political correctness. It begins with a teenager urinating on Jacob Marley’s headstone. The urine somehow leaks down and drips on the face of Ebenezer Scrooge’s business partner, causing him to yell, “Why am I not allowed any peace?”

This is obviously not only a bow to the ugly potty humor that has long dominated “comedy” in Hollywood, but a twisted change to the timeless plot. Bob Cratchit’s wife is now black and submits to what she thinks is an overture to kinky sex with Scrooge to get money for Tiny Tim’s surgery. The crippled burden-on-the-family Tiny Tim is white, but the other Cratchit children are mixed race. Earlier, young Scrooge is rescued from the clutches of an inferred pedophile teacher by his sister. Only our modern “wokeness” could produce something so unnecessarily incoherent.

There has been a trend in recent years to cast minorities—almost always black—in roles that were traditionally white characters. On the “Supergirl” television series, Jimmy Olsen became black. In the TV series “The Flash,” Barry Allen’s half-Asian/ half-black girlfriend, whom he marries, is the formerly white comic book character Iris. The new Flash in waiting, Wally West, is also black. In the long running series “Smallville,” Clark Kent’s best friend Pete Ross is black, and the classmate he lusts for, Lana Lang, is half-Asian. Female reporter Lois Lane is a juggernaut who can crush any male except Superman in a fight. That’s just from the world of superheroes.

Nudity in Hollywood now is almost exclusively male. A film may have several sexy females in prominent roles, and may feature the males objectifying them, but it will be male bare bottoms (and increasingly other more private parts) that appear onscreen, while the females remain clothed. More often than not, this is played for laughs as part of potty humor, with the males being the literal butt of the joke. On television, virtually the only nudity that has ever been shown has consisted of male bare bottoms. Since all nudity onscreen is gratuitous, and never necessary to the plot, switching from female to male nudity represents a strong statement: Female nudity is offensive and demeaning, but male nudity is perfectly fine.

There are still some politically incorrect voices out there that are given a platform. Bill Burr’s standup comedy is certainly not “woke,” and he recently took an awkward turn as host of the virtue-signaling “Saturday Night Live.” Non-PC comedian Andrew Schulz signed a deal for a Netflix special. And Ricky Gervais remains popular, even after lambasting liberal Hollywood during last year’s Golden Globes award show. Gervais joked about the clearly uncomfortable celebrities in the audience being “terrified” of being tied in with sexual abuse allegations against Jeffrey Epstein and blasted their political pontificating, urging them to “‘Come up, accept your little award, thank your agent and your God and [buzz off], okay?”

But these isolated contrarian voices are clearly outnumbered in the entertainment world. After being banned and censored repeatedly on social media, conservative actor James Woods has seemingly quit Twitter. Rosanne Barr lost her job as the star of the rebooted “Rosanne” show over some pretty innocuous tweets. Harry Potter author J.K. Rowling, who had established herself as an anti-Trump virtue signaler on Twitter, was ostracized last June for simply stating the obvious: Only females can menstruate. The full wrath of the transgender wing of the social justice warriors came down upon her. Rowling desperately tried to reason with her “woke” critics, tweeting, “If sex isn’t real, there’s no same-sex attraction. If sex isn’t real, the lived reality of women globally is erased. I know and love trans people but erasing the concept of sex removes the ability of many to meaningfully discuss their lives. It isn’t hate to speak the truth.” Among those who publicly took Rowling to task were the child stars who achieved fame playing her characters in the “Harry Potter” movies.

Watching a film or television show from even 10 years ago, the difference is stark. Every film or television show now must have a leading minority character (usually black), and almost all must have a central homosexual character. The popular show “The Walking Dead” features exclusively interracial or gay relationships among its very “diverse” cast members. The spinoff “Fear the Walking Dead” attempted to leave out white male actors altogether, except in villainous roles (where they still predominate).

“Woke” culture is destructive on so many levels. It promotes a mythical world that is more hateful and less realistic than an old Stepin Fetchit film. It turns Martin Luther King’s admonition to judge by content of character, and not skin color, on its head. It promotes division and creates controversy where there is none. It has ruined too many lives and is incompatible with the Bill of Rights. 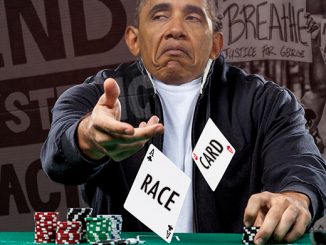