A U.S. legislator has arrogantly admitted publicly that his Marine Corps unit may have killed hundreds of civilians in Fallujah. Will these war crimes continue to go unpunished?

The admission by Rep. Duncan Hunter (R-Calif.) that his Marine Corps unit may have killed hundreds of civilians, including women and children, in the city of Fallujah in Iraq in April 2004 once again raises the question of whether U.S. forces committed war crimes and used chemical and other unnamed weapons during major battles in Iraq that year.

Hunter was an artillery officer in what became known as the First Battle of Fallujah in April 2004, a city known for its beautiful, ancient mosques 30 miles from Baghdad. It was transformed into a war zone when protesters killed four Blackwater contractors and hung their bodies from a bridge. An operation was launched to find those responsible, but it developed into a full scale engagement. What is remarkable about this First Battle of Fallujah is that it did not last long, so the revelation by Hunter encourages additional scrutiny since it was not the battle that garnered the most controversy. Nevertheless, we have now learned that one artillery unit, by Hunter’s reckoning, may have killed hundreds of innocent civilians.

It is worth noting that there is no credible official figure for civilian casualties because the U.S. commanders and the Pentagon played down the killing of civilians in the Iraq conflict, though some estimates place deaths in the Mideast country at between a half-million and 1 million.

While the first battle was bloody, the Second Battle of Fallujah, in November 2004, was the one that we at American Free Press focused on most, believing correctly that the mainstream media was relying too much on official accounts of what transpired and was being denied the truth. AFP followed the story conscientiously, and we continued to do so in succeeding years. We were confident our reporting would be proved accurate and that new facts would emerge to confirm the claims we made that Marines used chemical weapons and depleted uranium munitions.

The U.S. military suffered 71 dead and over 250 injured in the Fallujah battles, leading to comparisons being made with some of the major exchanges of the Vietnam War.

In November 2004, Fallujah was sealed off from the outside world and quickly became a free-fire zone. This would be the Second Battle of Fallujah. There were many Iraqi fighters in the city, but there were civilians, too, who did not want to leave or had been unable to escape.

The battle was akin to what one might associate with the Second World War battle for Leningrad, with many snipers on both sides. In Fallujah, however, Marine Corp commanders had more firepower than the Iraqi fighters and used it to devastating effect. Some might argue that they used it with abandon.

Within a month, in what was dubbed Operation Phantom Fury, 36,000 homes were leveled, as well as 60 schools and 65 mosques. The city resembled a wasteland. At the time, and later, AFP reported that the Marines used white phosphorus bombs similar to ones the Israelis used later in Gaza, but it was the widespread deployment of depleted uranium (DU) munitions that was to have lasting human damage.

In 2004, and for several years afterwards, the Pentagon admitted having used white phosphorus, a chemical weapon that should not be used against civilians but denied that DU munitions were on the battlefield.

The truth emerged in 2010, however, when a British scientist and his team revealed that levels of radiation illnesses in Fallujah were comparable to, if not higher, than those found in Hiroshima and Nagasaki after the atoms bombs were detonated there in 1945.

It is still believed that other chemical weapons were used in Fallujah by the Marine Corps, but never identified. For example, aside from evidence of radiation, traces of mercury and other poisonous substances were found that could not be linked to known weapons.

The British scientific report entitled “Cancer, Infant Mortality, and Birth-Sex Ratio in Fallujah, Iraq 2005-2009” confirmed that DU was in shells and also in bullets that were fired in large, unreported quantities, causing radiation contamination. DU’s effects can last for a long period and resulted over time in physical deformities among children. The DU bullets were reported to have cut through walls like a hot knife through butter. The Pentagon has been reluctant to confirm whether experimental weapons were used on that battlefield.

Daniel DePetris, a conservative columnist, believes America has learned little from the Iraq War even though most Americans believe it was a disaster that caused thousands of American lives and tens of thousands of casualties.

He offers opinions on what our leaders should do before going to war, but perhaps his best piece of advice to them is “. . . deliver a case to the American people about why military action is appropriate and make them fully aware of what can go wrong.”

He knows, like the rest of us, that in Iraq everything that could go wrong did go wrong, especially in Fallujah.

The Unvarnished History of McCain 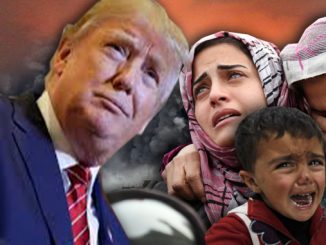 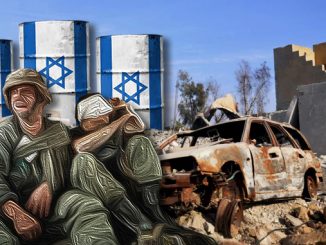 Iraq War About Oil or Israel?