Russia’s foreign minister has submitted documentation based on “concrete facts” to the UN and the Organization for the Prohibition of Chemical Weapons warning of a potential false-flag chemical weapons operation coming in Syria’s Idlib province. Will the warning be enough to stop the warmongers and psychopaths?

The Russian government has openly warned the UN and wider international community of a potential false-flag operation that could be carried out in Syria designed to frame and discredit embattled Syrian President Bashar al Assad’s government, it has been reported.

According to Russian Foreign Minister Sergey Lavrov, there is “no doubt” that Islamic militants with ties to Western intelligence agencies that are hostile to Assad’s regime are planning a false-flag chemical weapons attack in Idlib province, the scene of fierce fighting between forces loyal to the Syrian regime and terrorist groups opposed to it.

The accusations are familiar to readers of this newspaper, as the Russian government has long accused the West and radical terrorist groups in the region of plotting false-flag-style attacks in Syria that are designed to frame Assad and the Syrian government for war crimes.

Lavrov noted that Moscow has submitted documentation for these allegations to both the United Nations and the Organization for the Prohibition of Chemical Weapons (OPCW), RT.com recently reported.

“We have presented concrete facts obtained from various sources both to the UN and to The Hague, where the OPCW headquarters is located,” Lavrov stated. “There is no doubt that such provocations are being prepared,” he added, noting that terrorist groups operating in Syria are on the defensive and are getting desperate, as the Syrian government’s mission to combat and defeat the terrorist threat continues to make progress. Russia has openly backed the Syrian government’s efforts to combat the various terrorist groups operating in its territory, many of which are funded, financed, and supported by Western intelligence agencies in their not-so-covert war against Assad.

“We have no plans to conceal what we do to back the Syrian government, which is liberating its land from terrorists to [allow] the Syrian citizens to return to . . . normal life as soon as possible,” Lavrov explained in a recent news conference.

Previously, the Russian Ministry of Defense had accused the U.S. government of planning a new round of airstrikes on Syria, using the false-flag attack allegedly being coordinated by terrorist groups on the ground in Syria as a pretext and justification. British forces are working with some of the terrorist groups to set up the false-flag provocation, the Russian Ministry of Defense has alleged.

“The implementation of this provocation, which is being conducted with the assistance of the British intelligence services, is meant to serve as the latest pretext for the U.S., Britain and France to deliver a missile strike against state and economic facilities in Syria,” General Igor Konashenkov, a spokesman for the Russian Defense Ministry, recently stated.

The powerful allegations come at a time when President Donald Trump and officials in his administration continue to warn Assad of potential consequences for using chemical weapons or otherwise attacking forces openly at war with his regime. Earlier this week, Trump took to Twitter to lecture not only Assad but also the Russian and Iranian governments about their actions in the region.

“President Bashar al-Assad of Syria must not recklessly attack Idlib Province,” Trump tweeted. “The Russians and Iranians would be making a grave humanitarian mistake to take part in this potential human tragedy. Hundreds of thousands of people could be killed. Don’t let that happen!”

Will Russia’s open warning about a potential false flag be enough to stave off the warmongers and psychopaths from provoking yet another military conflict? 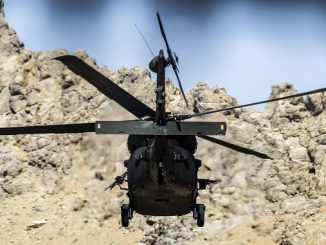 Why Are We Attacking the Syrians Who Are Fighting ISIS?