A Miami physician and an attorney have filed an injunction against Dade County to stop the rampant, dangerous use of naled, an organophosphate insecticide in its “air war on mosquitoes.” The plaintiffs say local government is not following EPA guidelines that require proper notification to residents to take precautions. Other, non-harmful mosquito management techniques are available and should be implemented as an alternative to spraying us all with poisons.

You can almost hear the soundtrack from the popular show, “Twilight Zone,” which aired from 1959-1964, with this introduction: “Imagine your local government sprays a dangerous pesticide to kill non-disease carrying nuisance mosquitoes without warning or giving precautions, as it has for decades. Those who object are dubbed ‘woo-woo’ and ‘pseudo-science’ even though those who spray have no proof it is harmless to human and ecological health. Those who object are crazy. Those who spray, though, are right.”

It’s not a script from a science-fiction movie but something that has occurred in much of the world without much scrutiny. Until now.

Dr. Michael Hall and Cindy Mattson, attorney at law, filed an injunction against Dade County to halt the use of naled, an organophosphate insecticide, on the grounds that local governmental bodies are not following Environmental Protection Agency (EPA) guidelines, which require that local agencies provide notice and warn residents to take precautions.

The suit requests that the spraying be halted until evidence about safety can be presented.

Hall has created a crowdfunding page on the Internet to raise money for the suit, detailing the harm naled brings to people.

Many Florida counties are spraying naled to kill “marsh” mosquitoes, which have appeared in unusual activity this year.

Marsh mosquitoes are a nuisance but do not carry disease, making the “basis” for using naled more hollow than using it against disease carrying Aedes aegypti, which is said to carry Zika.

This writer has debunked lies about the threat of the disease called Zika and the use of naled in several articles published in American Free Press, underscoring many among the long list of environmental assaults that go under the radar yet pose serious danger to the health of humanity.

Hall’s crowdfunding page appeal states: “We seek an immediate federal injunction and litigation to prevent and stop the use of naled in south Florida. We have a legal team ready to move if we can finance the cause. Why do we need to do this? It’s simple. We need to stop the poisoning of our environment, ecosystem, and human species or we will destroy our planet. If we don’t draw a line in the sand, the spraying of naled will continue.”

Hall makes the case that naled kills natural predators of mosquitoes, such as dragonflies, that each eat hundreds of mosquitoes a day. Many other parts of the ecosystem are also affected, including birds, amphibians, reptiles, fishes, and other insects.

The Miami doctor writes that naled is a “carcinogen, neurotoxin, and endocrine disruptor” that is problematic for those with “compromised immune and nervous system, which would allow for the development of life-long allergies or autoimmune disorders and gut disorders.”

Fetuses are especially susceptible to damage by naled and all organophosphates, as they “disrupt the normal functioning of brain development in human fetuses.”

Hall warns that “well-known short-term and long-term human biologic damage to DNA based on epigenetics factors is known to occur with organophosphate pesticides retained in humans (young infant through elderly), pets, home garden vegetables, and fruit etc.,” raising the important point that we really don’t know what the long-term effects are on the human body, let alone generational defects that may occur in progeny.

Hall cites a study that implicates the use of organophosphates to rises of autism and related disorders in areas that have been sprayed. 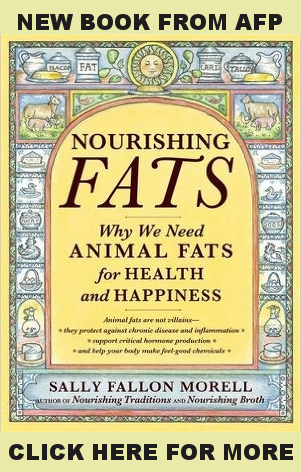 What’s left unsaid is just because we don’t drop dead from pesticide spraying does not mean the practice is “safe.”

It may well be that organophosphates are the cause or at least a key contributing factor to bringing on disease states as part of the “toxic burden” plaguing much of the world.

While it is a tall order to ask a federal court to stop a practice local counties have been doing for decades, it is the hope of this writer that the practice is halted and the use of organophosphates is eliminated.

Counties should be considering using other, non-toxic methods to control populations of mosquitoes. In Caguas, Puerto Rico, local officials are using modified five-gallon buckets to make what are known as autocidal gravid ovitraps (AGOs). They are placing these all over to cover their city center.

The Miami Herald reported: “The buckets are a study in simplicity. Each one holds a few inches of water and fermenting hay that lures the Aedes aegypti in through a fist-sized opening at the top. A screen prevents the mosquito from reaching the water, and the insects get caught in sticky, non-toxic resin inside the opening. The traps cost about $11 each, and although they’ve been used to monitor mosquito populations in the past, they’re just now being considered eradication tools.”

Bacillus thuringiensis israelensis (Bt) is a bacterium that kills mosquito larvae, which is effective in preventing the proliferation of mosquitoes. Killing larvae doesn’t affect existing mosquitoes but rather prevents the growth of more, and it is much safer than genetic modification. Bt is considered non-toxic to people and fishes and often used by organic gardeners.

We must explore these and other pest control methods given the danger of pesticides to health.