The mass media cartel is repeatedly casting President Donald Trump as the villain in the debate over whether to vastly expand mail-in voting, but there are plenty of reasons to be concerned about a massive influx of ballots arriving on the doorsteps of state boards of elections in the leadup to the Nov. 3 national election.

Counting the expected volume of mail-in ballots across the country has never before been attempted, and the president has every right to be concerned that there could be major problems—such as completed mail-in ballots being lost or deliberately trashed en route to—or at—the counting center or such ballots being stolen even before they reach the voter’s mailbox or doorstep and possibly completed and returned by someone else under the voter’s name.

Michigan voter Steven Thompson told AFP that he and his wife back in June each received two unsolicited mail-in ballot applications from the Michigan secretary of state, except that Steve’s extra application was mailed to a “Stee” Thompson. His wife’s extra application showed her name correctly. When Steve contacted his county clerk, he was told that all incorrect names would be promptly removed from the voter rolls. But after a few weeks he again received another unsolicited application addressed to “Stee” from the secretary of state. He then wrote to Michigan Senate Majority Leader Ruth Johnson (R), who assured him that the matter would be rectified.

Sen. Johnson’s reply noted: “We have already received hundreds of examples of absentee ballot applications sent by the secretary of state to individuals who are dead, have moved, or are ineligible, such as non-citizens and underage individuals. Our committee continues to investigate this and other actions by the secretary of state that threaten the integrity of our elections in Michigan.”

Thompson noted that, even if there are no obvious irregularities, such things cast a cloud of uncertainty over the electoral system.

Officials from important traditionally Democrat-run states like Michigan, Pennsylvania, and Wisconsin—which were key to Trump’s win in the 2016 election—have stated that the massive glut of ballots created by a universal mail-in election will cause serious delays. Ballots likely will still be in the process of being counted well after Nov. 3, according to Politico. If that happens, one can only wonder whether mailed-in ballots in such a large country would be fully counted without lengthy legal disputes involving lawyers from both major parties even by Dec. 14. That’s the Electoral College deadline for the electors of all states to convene in their state capitals. The number of these electors equals a state’s number of U.S. House members plus the two U.S. senators. In that worst-case scenario, a serious constitutional crisis, with the January 2021 inauguration of the next president right around the corner, could conceivably ensue at a very volatile, riot-torn time in the nation’s history.

Adding to the anticipated problems is the fact that 14 states in the U.S., including Pennsylvania and Wisconsin, are legislatively barred from processing and counting ballots until Election Day. Election officials have had months to initiate a change to their rules, but so far none have moved to alter state election laws. No one believes boards of elections could possibly tally hundreds of thousands of votes accurately or efficiently in just a few days following the election. 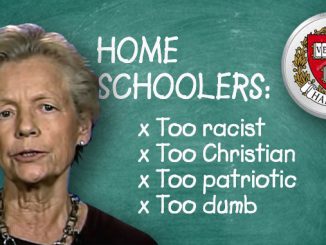