The Senate appears set to confirm President Trump’s Supreme Court nominee, Neil M. Gorsuch, after the Judiciary Committee approved his nomination along party lines, 11 to 9, on Monday. Republicans indicated they’ll use the “nuclear option” to block the Democrats’ filibuster, just as the Democrats did in 2013 when they held the Senate majority, as party politics continues to increasingly win out over thoughtful reasoning in congressional proceedings.

On April 3, the Senate Judiciary Committee advanced the nomination of Neil M. Gorsuch for the late Antonin Scalia’s Supreme Court seat. The committee’s 11 Republicans voted for Gorsuch, while all nine of its Democrats voted against him. At the same time, Senate Democrats made good on their threats to block Gorsuch’s confirmation by securing the necessary 41 votes to shut down a filibuster.

Much to the chagrin of Gorsuch’s most bombastic opponents, especially Sen. Charles Schumer (D-N.Y.), even the generally anti-Trump beltway newspaper Politico admitted on April 3, “Neil Gorsuch almost certainly will end this week confirmed as a Supreme Court justice.”

That’s because Senate Majority Leader Mitch McConnell (R-Ky.) made clear his hand is on the nuclear button should the Democrats filibuster a Gorsuch confirmation vote, as they have promised. That “nuclear option” is McConnell’s ability to call a vote to change Senate “precedent” (parliamentary criteria based on previous Senate actions, which requires only a simple majority to change) so that Supreme Court nominees require only simple majority approval rather than the 60% supermajority now required. Precedent was changed for non-Supreme Court presidential nominees by Sen. Harry Reid (D-Nev.) and the Senate Democrats in 2013, but the supermajority requirement remains in place for Supreme Court nominees.

According to The Hill, a beltway congressional newspaper, McConnell is expected to press the button—schedule a vote to change the precedent—as early as Thursday, April 6. If the nuclear option is indeed invoked, the tactic will earn its name, since its enactment will increase the already existing brinkmanship between the two parties to a war-like level.

In the floor action covered by AFP on April 3, Sen. Shelley Moore Capito (R-W.V.) was the first to speak at the 3 p.m. convening of the Senate, followed immediately by Schumer. Capito said Gorsuch understands the Constitution and knows that it’s “an indispensable safeguard against government overreach.” That includes his support of the Second Amendment.

“[Gorsuch] does not use his judicial robe for anything other than the case before him,” Moore continued, citing legal experts, and she recalled that many of today’s senators previously “appointed him to the 10th Circuit—without opposition.”

She added that the Charleston Gazette-Mail and other major media in her home state, in a divergence from most national media, have come out in favor of Gorsuch, with one paper saying he’s “faithful to the Constitution,” not an ideologue, who believes “only the people, not the courts can change the Constitution.”

That’s a reference to the problem of judicial activism, wherein the established process of amending the Constitution to reflect the people’s general will as intended—by amendment, not by subjective re-interpretation by the courts—is set aside by activist judges operating on personal convictions rather than the letter of the supreme law of the land, the Constitution.

Furthermore, Sen. Capito noted, filibustering the nominee “of a duly elected president,” a nominee who enjoys the support of a majority of the Senate, is out of step.

“The Senate has a very clear history on rejecting the filibuster for Supreme Court nominations,” she specified.

She added that neither Sonia Sotomayor nor fellow liberal justice Elena Kagan faced a Senate filibuster during the Obama years upon their nomination for the high court. The same goes for Bill Clinton’s nominees, Stephen Breyer and Ruth Bader Ginsburg.

Schumer countered, claiming Republican Senators filibustered 79 circuit court and other sundry judicial nominees in the first four years of the Obama White House, yet only 68 filibusters of such nominees happened under all previous presidents combined, from George Washington to George W. Bush.

Because the Republicans blocked an Obama nominee, liberal-leaning Merrick Garland, just over a year ago in the wake of Scalia’s death, Schumer feels the answer is “not to change the rules but to change the nominee.” Presidents of both parties have done so in the past, rather than messing with the rules, Schumer added.

He said Democrats are willing to meet with Republicans any time “to support a consensus, mainstream nominee”—someone like Garland, in Schumer’s opinion.

The Federalist Society and the Heritage Foundation, Schumer claimed, are the two non-consensus groups to which Gorsuch’s nomination, according to his reasoning, were “outsourced” by Trump.

While he claimed that he’s simply trying to preserve “the grand traditions of this body,” Schumer noted that The New York Times warned that Gorsuch would be perhaps the most conservative high court judge in recent history, even more conservative than Scalia. The Times and other large mainstream media organs were all aflutter that the court will move drastically to the right if Gorsuch is confirmed. 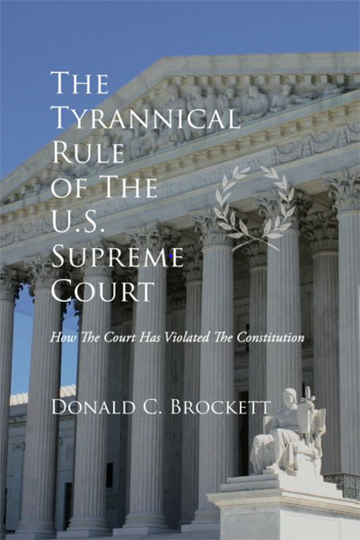 What that really means, though, is that the modernist, far-left establishment—represented in the Senate by Schumer and those of his ilk and supported by flagship old-guard newspapers—is afraid that Gorsuch may help gore many of “liberaldom’s” most sacred cows, such as a woman’s “right” to abortion on demand, and a vast array of politically correct laws and regulations that have eroded and complicated the constitutional order, placing it under the boot of unhinged activism posing as “progress.”