After adopting an inexplicable hands-off policy for the better part of a month, the long-dormant Seattle Police finally sprang into action last week, breaking up the autonomous zone referred to as CHOP (Capitol Hill Organized Protest). The police also returned to their precinct, which serves the six-block area the group had taken over, after nonsensically abandoning it during the initial stages of the protest. Seattle Mayor Jenny Durkan, emblematic of the virtue signaling politicians ruling all of our big cities now, recommended that no charges be filed against the many protesters finally arrested by police.

Durkan issued an executive order, demanding that protesters vacate the area, and termed CHOP an “unlawful assembly.” Why it hadn’t been unlawful, and warranted no police or mayoral attention in prior weeks, was not explained. Referring to the shooting deaths of two teenagers, Durkan exclaimed, “These acts of violence hurt our whole community and they are also in direct contrast to the message ringing from the streets that black lives matter.” While authorities allowed a ragtag group, led by a gun-toting “warlord” right out of Hollywood central casting, to run roughshod over the area for weeks, forcing businesses to close and board up, a local Seattle reporter described how, “The Seattle Police Department basically reclaimed the precinct in less than 30 minutes, five feet at a time with the bicycle officers out in front.”

Evidently, it wasn’t the deaths of teenagers alone that spurred Durkan to speak out at last against the CHOP madness. Durkan, epitomizing “liberal” hypocrisy and identity politics at its best, was triggered when her beloved Black Lives Matter protesters showed up at her home one Sunday afternoon. This was in response to Durkan’s belated and lame support for removing the concrete barriers that partitioned off the “independent” CHOP area. “Mayor Durkan and her family are in the state program to keep their address confidential because of the death threats mostly related to her work as Seattle’s U.S. Attorney under

President Barack Obama. Instead of working to make true change, Council member Sawant continues to choose political stunts.” The statement from Durkan’s office referenced Seattle City Council member Kshama Sawant, who seems to have especially offended Durkan by showing up with the protesters at her home. “Tonight she did so without regard for the safety of the mayor and her family. The mayor was not even home—she was working at City Hall. Seattle can and should peacefully demonstrate but should not put families and children at risk.”

There seems to have also been a recent belated response on the part of authorities to the statues being torn down and desecrated all across the country. Typical was the decision by state police in Raleigh, N.C. to stand down as protesters toppled two Confederate statues. Apparently, this was out of concern for the safety of police officers. In just that one weekend, protesters also tore down statues in San Francisco, Portland, and Washington, D.C. It wasn’t just Confederate figures being torn down, either. Ulysses S. Grant, who led the Union Army, and Abraham Lincoln, who issued the Emancipation Proclamation, were targeted as well. So were Founding Fathers like George Washington and Thomas Jefferson, Italian explorer Christopher Columbus, and Francis Scott Key, who wrote our national anthem. The resistance appears to have begun in earnest when vandals attempted to pull down the statue of Andrew Jackson in Washington, D.C.’s Lafayette Square across from the White House. Was it the tearing down and setting afire the statue of Confederate General Albert Pike that finally ignited a reaction from the authorities? Pike also happened to have been one of the most powerful figures in the history of Freemasonry, leading many to believe his statue would remain unscathed. Donald Trump was particularly incensed at that, tweeting, “The D.C. police are not doing their job as they watch a statue be ripped down and burn. These people should be immediately arrested. A disgrace to our country!”

Four men were arrested for attempting to tear down Jackson’s statue, which the police prevented. Why the police hadn’t been deployed in all the previous incidents is unknown. Felony charges against four people who tore down a statue of Robert E. Lee at a Montgomery, Ala. high school are “not prosecutable,” according to the district attorney. Contradicting himself, he stated, “This decision should not be seen or interpreted as endorsing citizens taking the law into their own hands. There is a process when trying to settle grievances with our government and those should be litigated in our courts not our streets.” It is difficult to reconcile a failure to prosecute with an opposition to vigilantism.

The isolated prosecutions that may result, and the unpredictable police response, illustrate that those paid to do so are not protecting the public. 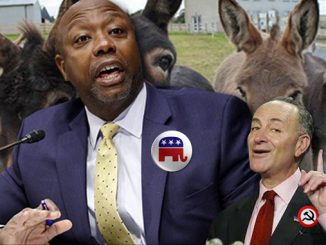