The only person to help the victim’s attorney in Jeffrey Epstein case was Donald Trump, reports the attorney. More news and updates on this appalling case soon—watch for Issue 30&31, due out Monday, July 29, for more from John Friend.

Jeffrey Epstein, the infamous billionaire hedge fund manager, financier, and political influencer with close connections to some of the most powerful political players and celebrities in the world, was arrested July 6 in New Jersey on charges relating to sex trafficking of minors. He has been held at the Metropolitan Correctional Center in Manhattan since his arrest and pleaded not guilty to all charges in federal court on July 8.

Epstein has long been accused of trafficking minors for sexual purposes but has largely escaped justice. In 2007, a secretive plea deal reached with then U.S. Attorney and current U.S. Labor Secretary Alexander Acosta allowed Epstein to plead guilty to state charges in Florida of soliciting and procuring a person under the age of 18 for prostitution, despite allegations of much more serious federal sex trafficking charges. Under the plea deal, Epstein was sentenced in 2008 to a mere 18-month prison sentence with a stipulation that he be allowed to leave the prison for half of the day, six days per week, to conduct business. He ended up only serving 13 months of the sentence and was released.

The secret plea deal, which was exposed in a series of shocking investigative reports published by the Miami Herald, was reached with Epstein’s defense lawyers, which included Ken Starr and Alan Dershowitz, among others, and federal prosecutors in Florida, including Acosta. In February, U.S. District Judge Kenneth A. Marra ruled that the secret plea deal was unconstitutional, as federal prosecutors violated the Crime Victims’ Rights Act (CVRA) by not informing the numerous victims, who brought suit against Epstein, of the sweetheart deal.

Marra ruled that the evidence brought forth in the suit demonstrated that Epstein was running an international sex trafficking operation that included recruiting underage girls for sexual purposes. Young females were recruited to give massages to Epstein and his associates, with many eventually being sexually abused and exploited.

Epstein has close ties to many top politicians and celebrities, including former President Bill Clinton, President Donald Trump, actor Kevin Spacey, director Woody Allen, and Prince Andrew of the United Kingdom, among many others. Flight records show that many of these elite persons flew on Epstein’s private plane, including on trips to Epstein’s private island in the Caribbean, and allegations have spread that some will be implicated in the larger sex trafficking operation.

Trump has acknowledged his ties to Epstein but recently told reporters that he had a “falling out” with the man many years ago and has not spoken to him in years.

According to The Daily Caller, Trump banned Epstein from his Mar-A-Lago estate “because Epstein sexually assaulted an underage girl at the club.” Neither Trump nor Mar-A-Lago have confirmed this information.

In 2018, Florida attorney Bradley Edwards, who represented one of Epstein’s victims, told reporters that Trump was the “only person” who provided assistance when Edwards served subpoenas and notices to high-profile individuals connected to Epstein. Edwards said:

The only thing that I can say about President Trump is that he is the only person who, in 2009 when I served a lot of subpoenas on a lot of people, or at least gave notice to some pretty connected people, that I want to talk to them, is the only person who picked up the phone and said, “Let’s just talk. I’ll give you as much time as you want. I’ll tell you what you need to know.” [Trump] was very helpful, in the information that he gave, and gave no indication whatsoever that he was involved in anything untoward whatsoever, but had good information. That checked out and that helped us, and we didn’t have to take a deposition of him in 2009.

Acosta has come under extreme scrutiny for the role he played in securing Epstein’s plea deal, with many Democrats calling on him to resign. Acosta has defended his actions at the time in a series of tweets earlier this week, stating that the crimes Epstein committed are “horrific” and that he is pleased prosecutors are “moving forward with a case based on new evidence.”

Trump has also stood by his Labor secretary, telling reporters that Acosta has been “an excellent secretary of Labor” and that he’s done “a fantastic job.”

According to a recent report published by The Daily Beast, during the interview process with White House officials leading up to his appointment as Labor secretary, Acosta explained that his decision to secure the secretive plea deal with Epstein was because the billionaire financier “belonged to intelligence,” fueling speculation that Epstein was running a sexual blackmail operation.

As AFP goes to press [July 11], victims of Epstein are hopeful the notorious sexual predator will finally be brought to justice.

Some of the Things They Found in Epstein’s Home

On July 6, the FBI arrested billionaire financier Jeffrey Epstein for sex trafficking. Following the arrest, agents raided his Manhattan mansion. During the course of the investigation of the billionaire’s multi-million-dollar, seven-floor townhome, the FBI found a number of bizarre items. According to reports, the worst thing the FBI discovered was a “vast trove” of photos of young women and girls, some of which were found in a locked safe. Many of these photos were characterized as “lewd” in nature. Other odd things the FBI found included: 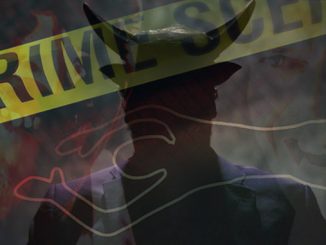