Today marks the beginning of the end of UK’s membership in the EU, a solid victory after a long, well-fought battle by populist-minded citizens desiring to restore self-rule to their nation. Divorces can be messy, and time will tell who wins custody of the UK “children”—including the nation’s agricultural programs and national immigration policy—and how the separation will impact the UK’s involvement in the European army.

The inspiring populist surge that’s tugging at the seams of the New World Order has reached an historic turning point. On March 29—nine months after the June 23 “Brexit” referendum vote by a respectable majority of Brits to exit the European Union—the British government stated it would honor the will of the voters and is starting the formal process of filing for divorce from the EU.

Over time, Britain, while it clung to its pound sterling and never became part of the eurozone, nevertheless sank into the morass of the bureaucratic, increasingly dictatorial European Union. The 28-member EU’s immigration policies became especially egregious, in the eyes of UK voters.

The practical outcome of those policies: a heavy flow into Britain of often unassimilable foreigners who have drastically changed the island nation’s unique character. And British military involvement in the “war on terror” has helped destroy the home countries of Middle Eastern and North African peoples who have migrated into Europe and the UK, in ever-larger numbers.

Kicking off Brexit’s expected two-year process of pulling out of the EU, UK Prime Minister Theresa May confidently told members of Parliament in the House of Commons: “This is an historic moment from which there can be no turning back.” Accordingly, the UK’s Article 50 six-page notification letter was delivered by Sir Tim Barrow to European Council President Donald Tusk in Brussels.

But the EU super-state and its managers aren’t big on national sovereignty. Sky News quoted Tusk as saying: “There is no reason to pretend that this is a happy day, neither in Brussels, nor in London. After all, most Europeans, including almost half the British voters wish that we would stay together, not drift apart . . .

“But paradoxically there is also something positive in Brexit. Brexit has made us, the community of 27, more determined and more united than before,” Tusk added, “In essence, this is about damage control. Our goal is clear: to [minimize] the costs for the EU citizens, businesses and Member States. We will do everything in our power . . .  to achieve this goal. And what we should stress today is that, as for now, nothing has changed: until the United Kingdom leaves the European Union, EU law will continue to apply to—and within—the UK.

“Finally, I would like to say that we have just released an official statement by the European Council, in which leaders stress that we will act as one and start negotiations by focusing on all key arrangements for an orderly withdrawal. On Friday [March 31] I will share a proposal of the negotiating guidelines with the Member States, to be adopted by the European Council on 29 April.”

Divorces, even when necessary and ultimately beneficial, can be a messy affair. Of course, the establishment press is largely beside itself, casting doubt on the wisdom of Brexit while trying to read the tea leaves on why mostly rural British voters decided they’d had enough of the EU. One BBC article called Brexit “suicidal self-harm” that will deny British finances and manpower to the greater EU. 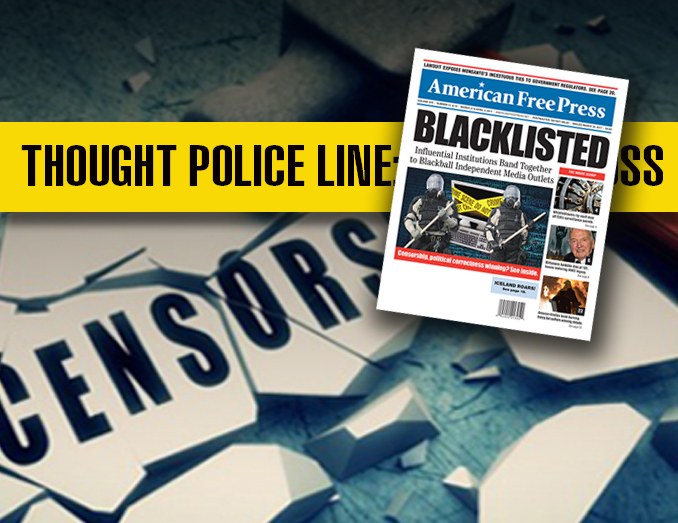 Significant challenges do lie ahead. Will the UK’s entanglement in the budding European army prove to be a barrier or have a slowing effect on executing Brexit? Will Brexit allow the UK to regain control of its fisheries and other agricultural systems? Will the UK government maintain open-borders immigration policies even as a non-EU member?

And as former UK intelligence analyst Alex Thomson of Eastern Approaches told the “UK Column News”  for its March 29 broadcast, the EU is a “supra-national body” from which departure is no cakewalk, because it’s not as if the UK is departing just another international organization.

As he stated, “The EU is unique in global and diplomatic institutions, in that it is not just an international organization by treaty, but it is also a supra-national body. It sits above and replaces parts of your government, by the connivance of your government, over the heads of the people. The continentals [those in the EU mainland] are starting to realize this as well.”

He added that the EU’s supra-national doctrine regarding sovereignty, “once acquired, always acquired” makes departing the EU particular difficult, as necessary and desirable as it is.  “It’s something that’s never been done before in world history,” he concluded.

4 Comments on Beginning of the End as Brexit Takes Shape