AFP’s interview with a witness to the Dec. 10 church shooting in Sutherland Springs, Texas left this reporter with unanswered questions. The Air Force failed to notify the FBI of the shooter’s conviction on spousal assault charges, and now 26 churchgoers have been killed and 20 more wounded by a man who should never have been allowed to purchase the AR-15 he used to slaughter these innocent people.

SUTHERLAND SPRINGS, Texas—A key witness of the senseless shooting at a southern Texas church, which police say left 26 dead and 20 wounded, spoke with AFP on Dec. 10, vividly describing the assault from the very place she witnessed it exactly five weeks earlier. Her recollections raise important questions about the chain of events and the time frame.

Terrie Smith, 54, who runs a food counter at the Valero gas station across the road from First Baptist Church in her quiet hometown of Sutherland Springs, recalled that, on that tragic Sunday, Nov. 5, her food counter was closed, as was customary, but she was at the station to get gasoline that morning when a gruesome chain of events began.

“My fiancé and I had just gotten out of the vehicle when an SUV was coming this way . . . and he made a quick U-turn right in front and pulled in [turned left] onto FM 539,” she said.

The driver pulled to the right and parked across from First Baptist Church at least 50 feet from the church’s front door, with the SUV’s rear end facing the Valero station.

“As soon as he got out of his vehicle, he started shooting,” Ms. Smith continued. “He kept on shooting all the way around. He went around the building . . . . He made a complete circle.”

“He went all the way around the building?” AFP asked.

“He shot the whole outside first,” she replied, seeing much of the attack from several feet outside Valero’s front door to get the best view under the trying circumstances. As the assailant circled the entire building, possibly twice, he was walking fast and not actually running, as he repeatedly shot apparent AR-15 rifle rounds at the building, she said.

The overall church facility is not rectangular, because the main sanctuary adjoins a long narrow offshoot of rooms, externally painted tan, that are used for meetings and Sunday school. Going all the way around the building represents a considerable distance.

The sanctuary section, still covered with what appears to be the original white asbestos siding, was patched so well that one can now scarcely tell a shooting took place, save for an undetermined number of faint, filled-in external and internal holes.

Neither the tan-painted areas, large sanctuary windows, nor other windows show obvious bullet impacts. They appear to still consist of the old glass, with crumbling old caulk and no new spackling. Ms. Smith and her fiancé, both of whom had waved away approaching motorists, then crawled to and entered the Valero station, telling the few on-site customers to take cover.

Things suddenly got very quiet when the shooter “went [back] to his vehicle and then he ran straight to the church,” she said, meaning he even took the time to return to his pearl-colored SUV before invading the building to carry out the worst of the assault.

“That took about how long, everything you’ve said so far?” AFP asked.

She saw only one person exit the church. He made it to the Valero, “with blood on his arms and on the side of his face,” she said. Regarding that survivor, she recalled, “He just collapsed right there on the floor.” Evidently grazed by a bullet shot from the outside, he survived.

Willeford reportedly then flagged down young Johnnie Langendorff as he entered town from the south on Highway 87. In Langendorff’s truck, the two pursued the assailant—identified as Devin Patrick Kelley, 26, of New Braunfels—at speeds up to 95 mph northerly on 539, reportedly for 11 miles.

The two called police en route. The police took over after Kelley crashed his SUV near New Berlin. He was found dead with what police described as a self-inflicted gunshot wound to the head, and had been wounded by Willeford even though he’d been wearing armored black tactical gear.

The Air Force had dishonorably discharged Kelley in 2014 after a military conviction on spousal assault charges. Weapons-related charges stemming from Holloman AFB, N.M. were dropped. Kelley should not have been able to even purchase firearms, but the Air Force failed to file Kelley’s conviction with the FBI, meaning he was not flagged on the National Instant Criminal Background Check System database as he bought guns.

A police spokesman told AFP the Texas Rangers are still investigating the Sutherland Springs shooting. The expected release date for a final public report is unknown.

One question among several is how the assailant was able to attack the congregation with such impunity when he called so much attention to himself—apparently shooting for an extended time period—well before entering the sanctuary. 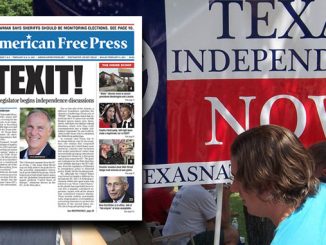 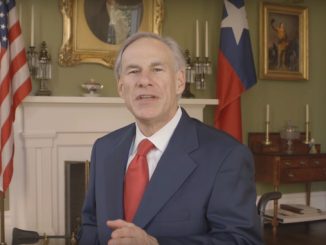