“Fortress Europe is an illusion.” So declares The Financial Times in the closing line of its Saturday editorial: “Europe Cannot Ignore Syrian Migrant Crisis.”

The FT undertakes to instruct the Old Continent on what its duty is and what its future holds: “The EU will face flows of migrants and asylum seekers across the Mediterranean for decades to come.”

Can Europe not repel this unwanted home invasion from the Global South?

It is “delusional” to think so, says the FT. Europe must be realistic and set about “providing legal routes for migrants and asylum seekers.”

What occasioned the editorial was Greece’s rough resistance to Turkish President Erdogan’s funneling of thousands of Syrian refugees, who had fled into Turkey, right up to the border with Greece.

Erdogan is threatening to inundate southeastern Europe with Syrian refugees to extract more money from the EU in return for keeping the 3.5 million Syrians already in Turkey away from EU frontiers.

Another Erdogan objective is to coerce Europe into backing his military intervention in Syria to prevent President Bashar Assad from capturing all of Idlib province and emerging victorious in his civil war.

In the human rights hellhole that is Syria today, we may see the dimensions of the disaster wrought when Wilsonian crusaders set out to depose Assad and make Syria safe for democracy.

When the Arab Spring erupted and protesters arose to oust Assad, the U.S., Turkey, and the Gulf Arabs aided and equipped Syrian rebels willing to take up arms. The “good rebels,” however, were routed and elements of al Qaeda soon assumed dominance of the resistance.

Facing defeat, Syria’s president put out a call to his allies—Russia, Iran, Hezbollah—to save his regime. They responded, and Assad, over four years, recaptured all of Syria west of the Euphrates, save Idlib.

There, the latest fighting has pushed 900,000 more refugees to Turkey’s southern border.

The 21st-century interventions and wars of the West in the Islamic world have not gone well.

And what has the West reaped from our Mideast wars?

In Syria and Yemen, we have helped to create two of the world’s greatest human rights disasters. In Libya, we have a new civil war. In Iraq, we now battle Iran for influence inside a nation we “liberated” in 2003. 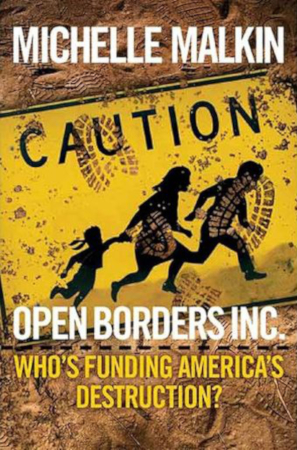 In Afghanistan, we have concluded a deal with our enemy of two decades, the Taliban, that will enable us to pull our 12,000 troops out of the country in 14 months and let our Afghan allies work it out, or fight it out, with the Taliban. America is washing its hands of its longest war.

And what did these wars produce for the peoples we went to aid and uplift, besides hundreds of thousands of dead Afghans and Arabs and millions of people uprooted from their homes and driven into exile?

Now, Europe is being admonished by the FT that, having done its duty by plunging into the Mideast, the continent has a new moral duty to take in the refugees the wars created, for decades to come.

But if the EU opens its doors to an endless stream of Africans and Arabs, where is the evidence that European nations will accept and assimilate them?

Will these migrants and asylum seekers become good Europeans? Or will they create in the great cities of Europe enclaves that replicate the conditions in the African and Middle East countries whence they came?

The history of the last half millennium tells the story of the rise and fall of a civilization.

In the 16th, 17th and 18th centuries, Spain, Britain, France and Portugal, and then Belgium, Italy, Germany and America, all believing in the superiority of their civilization, went out into the world to create empires to uplift and rule what Rudyard Kipling derisively called “the lesser breeds without the law.”

After two world wars, the rulers of these empires embraced a liberalism that now proclaimed the equality of all peoples, races, creeds, cultures and civilizations. This egalitarian ideology mandated the dismantling of empires and colonies as the reactionary relics of a benighted time.

Now the peoples of the new nations, dissatisfied with what their liberated lands and rulers have produced, have decided to come to Europe to enjoy in the West what they cannot replicate at home. And liberalism, the ideology of Western suicide, dictates to Europe that it take them in—for decades to come.

The colonizers of yesterday are becoming the colonized of tomorrow. Is this how the West ends?

Pat Buchanan is a writer, political commentator, and presidential candidate. He is the author of Nixon’s White House Wars: The Battles That Made and Broke a President and Divided America Forever and previous titles including The Greatest Comeback: How Richard Nixon Rose From Defeat to Create the New Majority, Suicide of a Superpower: Will America Survive to 2025? and Churchill, Hitler and the Unnecessary War, all of which are available from AFP’s BOOKSTORE.