If you still believe the United States government is controlled by the “people,” it’s time to wake up and smell the tavë kosi.

A recently uncovered email, compliments of WikiLeaks, painfully illustrates how far the republic has fallen.

WikiLeaks launched a searchable archive of 30,322 emails from Hillary Clinton’s private email server that she used while Secretary of State.

Marxist manipulator George Soros, born Schwartz György, sent an email dated January 24, 2011 to then-U.S. Secretary of State Hillary Clinton, on how to handle the unrest in the Albanian capital of Tirana, where anti-government protestors clashed with police that month, resulting in three men being shot dead. 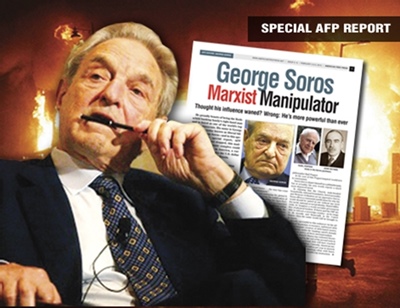 In the above email, Soros recommended three candidates to mediate in the city of 800,000, and just a few days after Hillary Clinton received her electronic marching orders from “the super-wealthy slash-and-burn speculator and Jewish-Hungarian expatriate,” the European Union sent one of Soros’s picks, Miroslav Lajcak, to “restore calm and full respect for public order and rule of law,” according to Reuters.

Why don’t you try sending an email with your recommendations to one of your “public servants” and let us know what happens. We’ll even print it.