Pat Buchanan asks a question on the minds of many watching election results around the world, especially those who fear the “rise of the right”:  “Why are autocrats rising and liberal democrats failing in Europe?” He then provides a common-sense answer and explains why he says, “The autocrats are addressing the primary and existential fear of peoples across the West—the death of the separate and unique tribes into which they were born and to which they belong.”

A fortnight ago, Viktor Orban and his Fidesz Party won enough seats in the Hungarian parliament to rewrite his country’s constitution.

To progressives across the West, this was disturbing news.

For the bete noire of Orban’s campaign was uber-globalist George Soros. And Orban’s commitments were to halt any further surrenders of Hungarian sovereignty and independence to the European Union, and to fight any immigrant invasion of Hungary from Africa or the Islamic world.

Why are autocrats like Orban rising and liberal democrats failing in Europe? The autocrats are addressing the primary and existential fear of peoples across the West—the death of the separate and unique tribes into which they were born and to which they belong.

Modern liberals and progressives see nations as transitory—here today, gone tomorrow. The autocrats, however, have plugged into the most powerful currents running in this new century: tribalism and nationalism.

The democracy worshippers of the West cannot compete with the authoritarians in meeting the crisis of our time because they do not see what is happening to the West as a crisis.

They see us as on a steady march into a brave new world, where democracy, diversity, and equality will be everywhere celebrated.

To understand the rise of Orban, we need to start seeing Europe and ourselves as so many of these people see us.

Hungary is a thousand years old. Its people have a DNA all their own. They belong to a unique and storied nation of 10 million with its own language, religion, history, heroes, culture, and identity.

Though a small nation, two-thirds of whose lands were torn away after World War I, Hungarians wish to remain and endure as who they are.

U.S. elites may babble on about “diversity,” about how much better a country we will be in 2042 when white European Christians are just another minority and we have become a “gorgeous mosaic” of every race, tribe, creed, and culture on Earth.

To Hungarians, such a future entails the death of the nation. To Hungarians, millions of African, Arab and Islamic peoples settling in their lands means the annihilation of the historic nation they love, the nation that came into being to preserve the Hungarian people.

President Emmanuel Macron of France says the Hungarian and other European elections where autocrats are advancing are manifestations of “national selfishness.”

But let Monsieur Macron bring in another 5 million former subject peoples of the French Empire and he will discover that the magnanimity and altruism of the French has its limits, and a Le Pen will soon replace him in the Elysee Palace.

Consider what else the “world’s oldest democracy” has lately had on offer to the indigenous peoples of Europe resisting an invasion of Third World settlers coming to occupy and repopulate their lands.

Our democracy boasts of a First Amendment freedom of speech and press that protects blasphemy, pornography, filthy language, and the burning of the American flag. We stand for a guaranteed right of women to abort their children and of homosexuals to marry.

We offer the world a freedom of religion that prohibits the teaching of our cradle faith and its moral code in our public schools.

Our elites view this as social progress upward from a dark past.

To much of the world, however, America has become the most secularized and decadent society on earth, and the title the ayatollah bestowed upon us, “The Great Satan,” is not altogether undeserved.

And if what “our democracy” has delivered here has caused tens of millions of Americans to be repulsed and to secede into social isolation, why would other nations embrace a system that produced so poisoned a politics and so polluted a culture?

“Nationalism and authoritarianism are on the march,” writes The Washington Post:

“Democracy as an ideal and in practice seems under siege.”

Yes, and there are reasons for this.

“The term ‘democracy’ . . . does not contain enough positive content to stand alone against the forces you dislike—it can be easily be transformed by them. If you will not have God (and he is a jealous God), you should pay your respects to Hitler and Stalin.” Recall: Hitler rose to power through a democratic election.

Democracy lacks content. As a political system, it does not engage the heart. And if Europe’s peoples see their leaders as accommodating a transnational EU, while failing to secure national borders, they will use democracy to replace them with men of action.

Pat Buchanan is a writer, political commentator and presidential candidate. He is the author of Nixon’s White House Wars: The Battles That Made and Broke a President and Divided America Foreverand previous titles including The Greatest Comeback: How Richard Nixon Rose From Defeat to Create the New Majority. Both are available from the AFP Online Store. 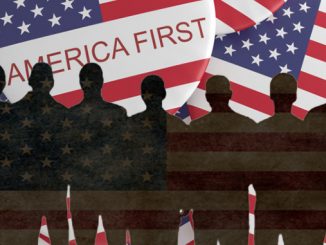 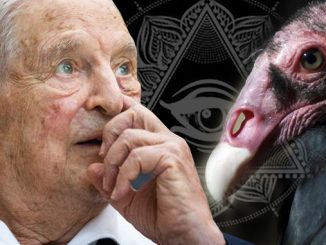